Forget Thor, this engineer has built the world’s most powerful hammer, and it’s not what you think. Most comic book fans know that Thor’s Mjolnir was handcrafted from a nugget of Uru, a powerful nigh-invulnerable Asgardian meta, but this one relies on 6.8mm blank cartridges.

These blank cartridges were originally designed for Ramset’s nail drivers and instead of buying the tool that uses them, this engineer built their own in the shape of a traditional hammer. It might look like an oversized hammer, although this one boasts a hinge on the two-piece head to let you load a blank cartridge inside. When you swing the hammer at a hard surface, the impact triggers the blank, thus driving the nail forward with immense force. It’s so powerful that he was able to pierce steel and then even a surfboard. 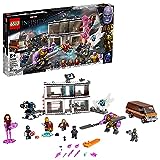