Apple filed a patent for “Devices, methods, and user interfaces for a wearable electronic ring computing device,” a while back and we haven’t heard a peep about it since. Recently, new rumors of the company working on a smart ring have surfaced yet again, and in a nutshell, it’s basically a miniature Apple Watch, complete with its own touchscreen OLED display, processor, power supply ans well as wireless components. 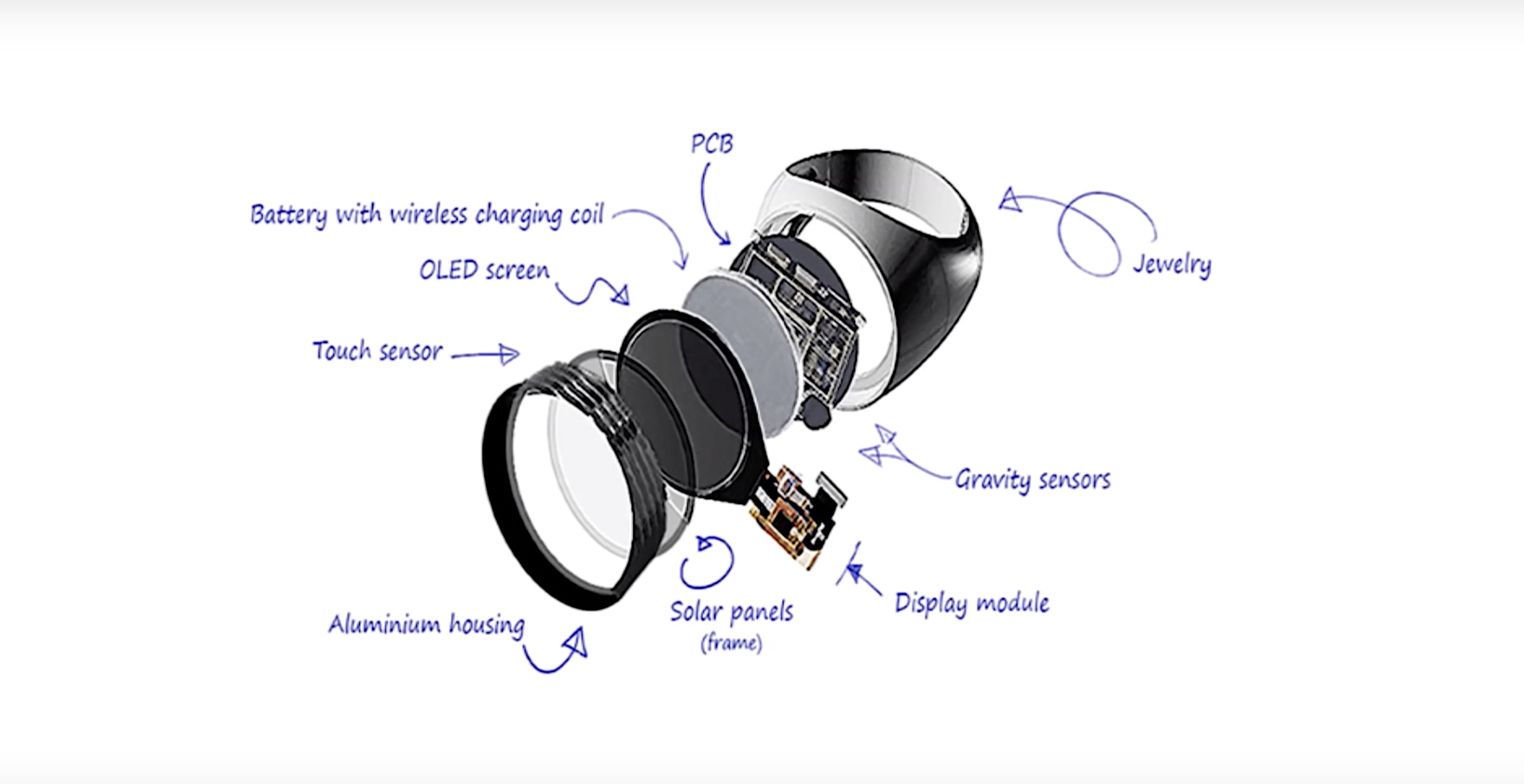 Users would use this device via hand gestures, which it would detect with accelerometers and other sensors. A dial-like piece on the ring itself could function as a smaller Digital Crown, while the touchscreen is still large enough so users could input characters on it. A Taptic Engine for haptic feedback would most likely be included, along with Apple Watch-style directional information / motion sensitivity, biometric sensors for fitness tracking / security, and NFC communications (Apple Pay, etc.).