Bioluminescence occurs widely among animals in the open sea, including fish, jellyfish, crustaceans, and even in various terrestrial invertebrates, like insects. Did you know that nearly 80% of deep-sea animals produce light in the blue and green spectrum? However, the most frequently encountered bioluminescent organisms are dinoflagellates present in the surface layers of the sea, and these were spotted on an Acapulco beach in Mexico for the first time in over 60-years.

Many residents captured images and video of waves hitting the shore with neon blue on Puerto Marqués beach. There were some that got so excited that they even hopped directly into the glowing waters. 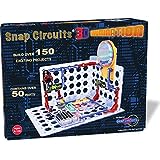 Marine bacteria are the most abundant of the bioluminescent organisms. The bad part is that human beings will always be there to ruin everything,” said one resident.