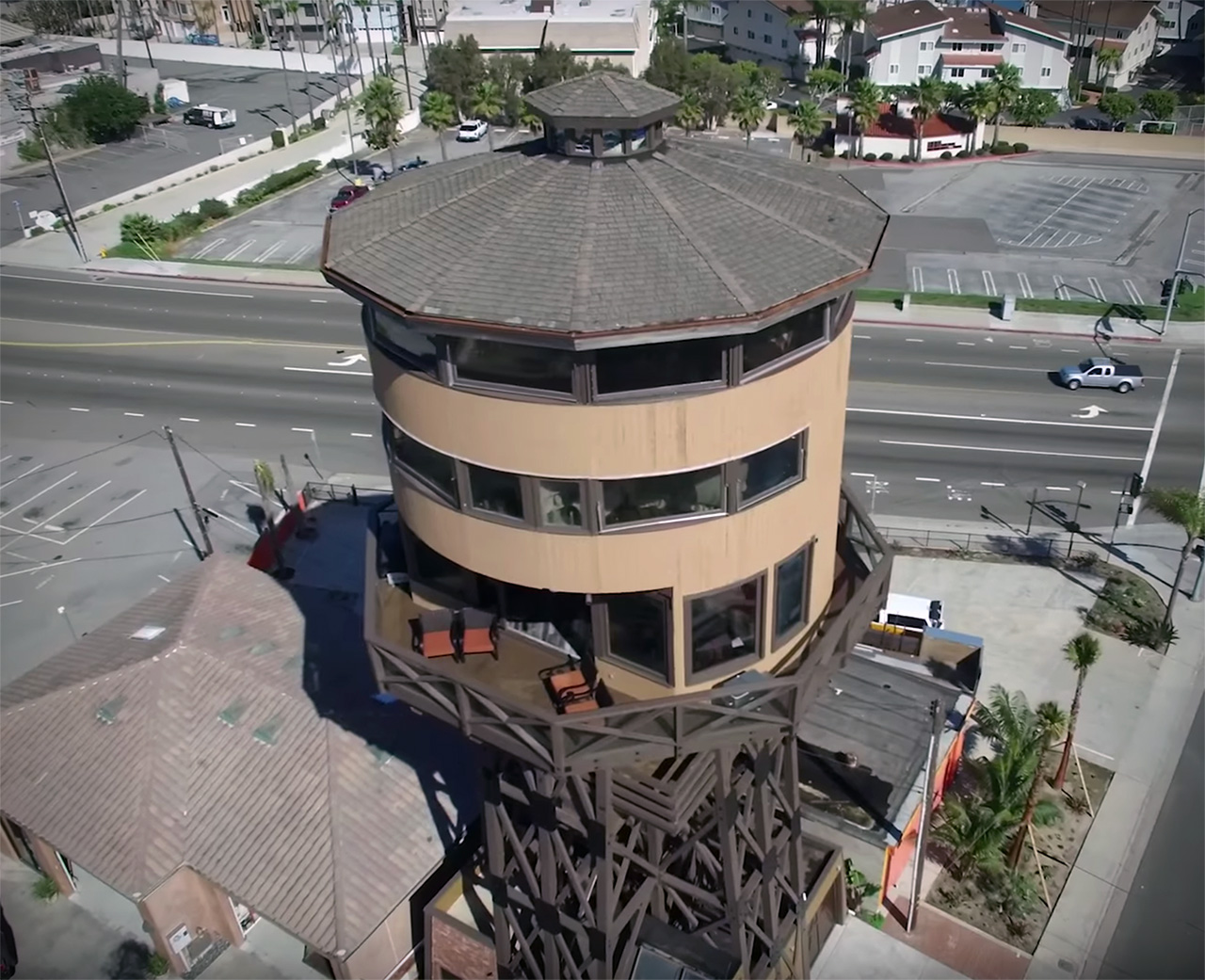 If you spot a 100-foot-tall water tower while driving along the Pacific Coast Highway, just know that it’s actually a home now. That’s right, it’s officially called the Sunset Beach Water Tower, but the structure – built in 1892 – is technically located in Seal Beach, or to be more specific, right on the border of Seal Beach and Sunset Beach, a small community in Huntington Beach.

Despite how it looks now as a luxurious 4-bedroom, 3-bath beach house, this residence was once used as a water tower. How so? Well, Sunset Beach has a green belt that runs right down the middle of it that was used for trains, making the he water tower a pitstop to fill up the locomotives with water. Fast forward to the 1980’s, and the water tower was in such disrepair and in danger of being torn down that the community came together to form the “Save Our Water Tower” movement. Now, it has become a 3-story living space fit for a king, complete with a party room up top that offers 360° views of the Pacific Ocean, all the way to the mountains.