Photo credit: Hotel Costa Verde
Hotel Costa Verde, located in Manuel Antonio National Park, Quepos, Costa Rica, has one of the most unique accommodations you probably never knew about. This Boeing 727 didn’t crash land in the jungle, but rather is an old fuselage that was refurbished into a suite of sorts. Should you be lucky enough to stay here, there’s also a restaurant housed in another plane, a “Cockpit Cottage” made from an Aéropostale aircraft, and a railroad car restaurant.

Before we tell you about the many amenities, here’s a little more information on the Boeing 727. This three-engined jet aircraft, manufactured from the early 1960s through 1984, is capable of carrying up to 189 passengers and the later models can fly up to 2,700 nautical miles nonstop. They were powered by three Pratt & Whitney JT8D engines beneath the T-tail. This repurposed fuselage features two outdoor decks, one over each wing. 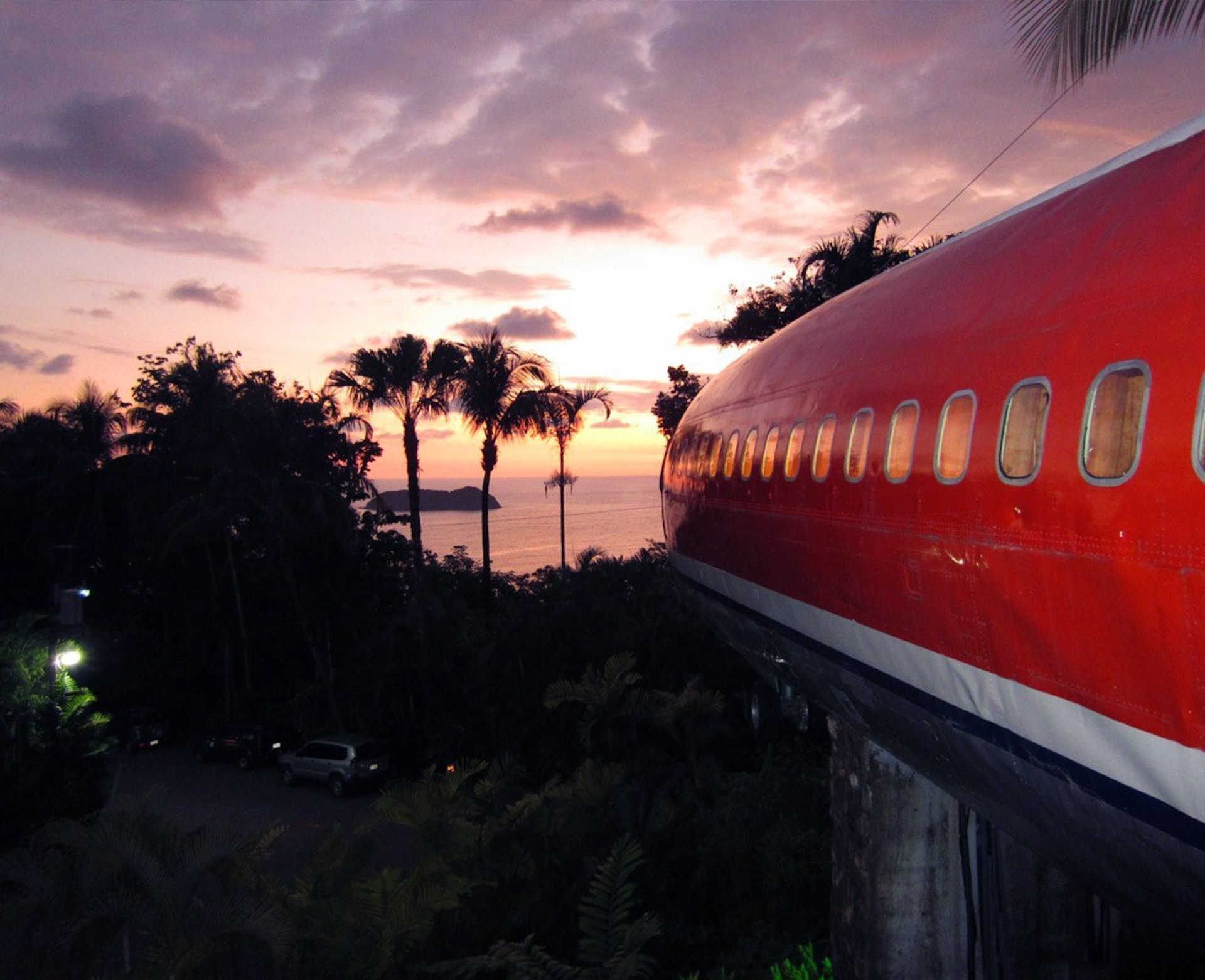 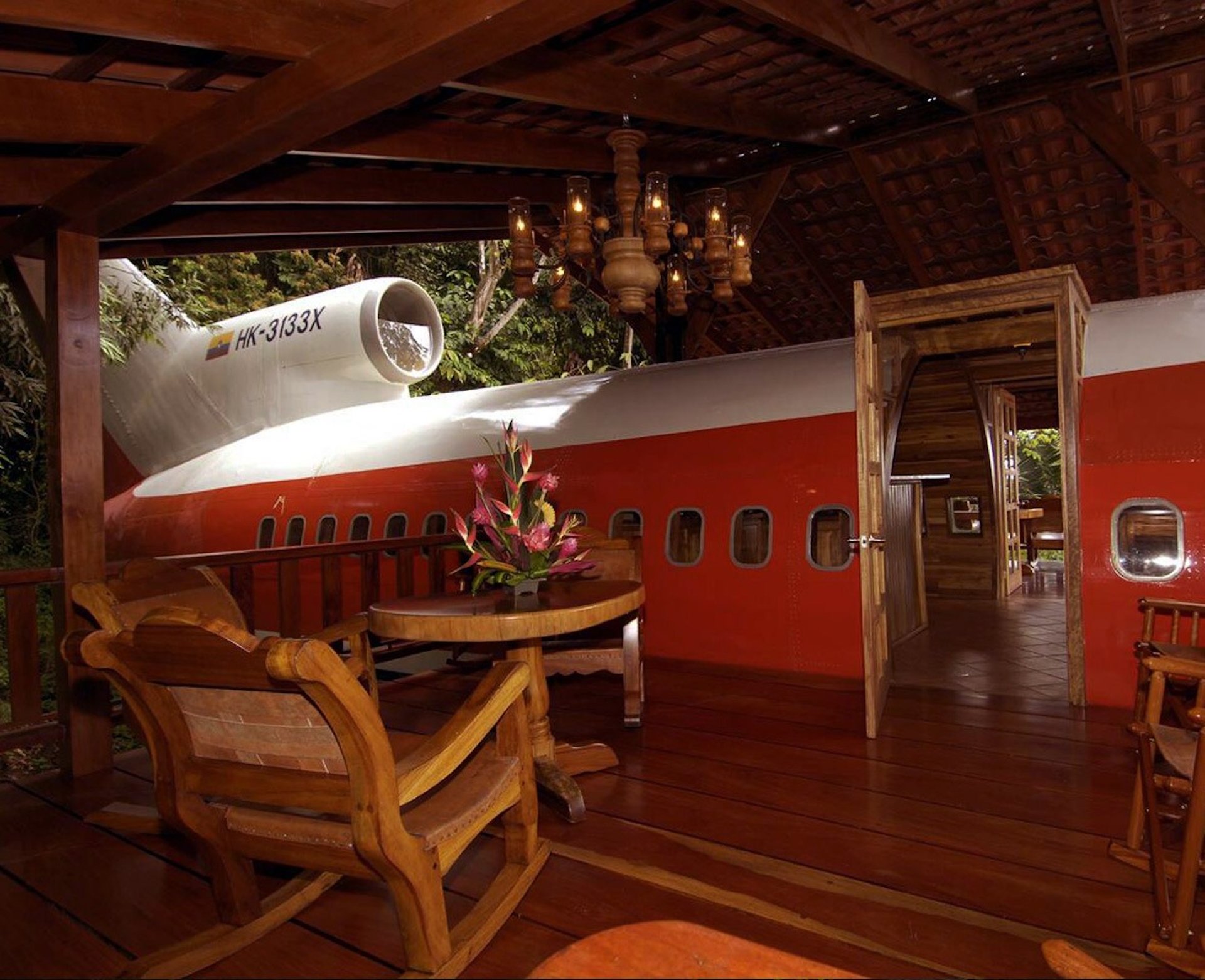 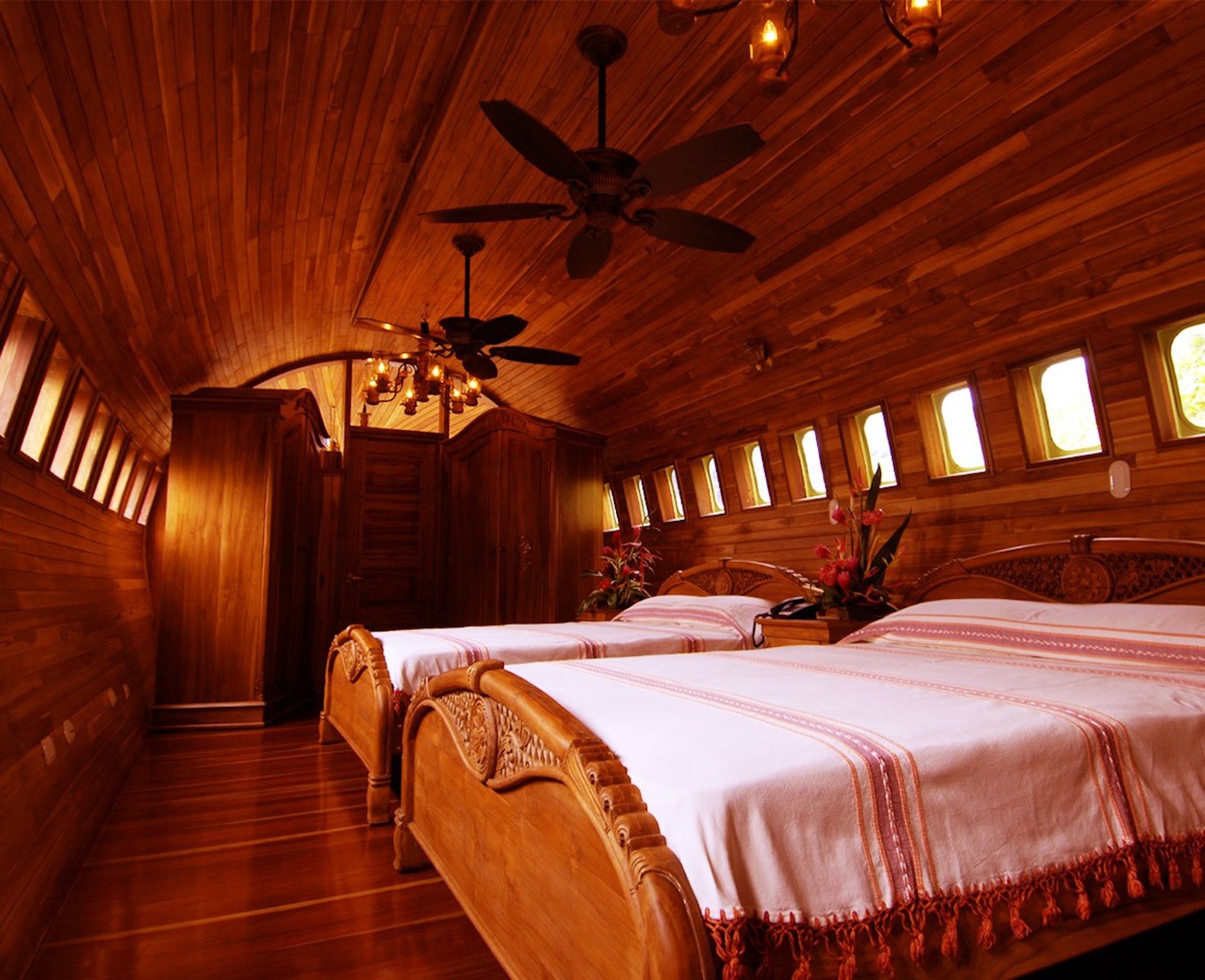 Step inside, and you’ll see locally-sourced teak paneling throughout and two air-conditioned bedrooms with en-suite facilities. Yes, both of the bedrooms feature the original cabin windows, just so you won’t forget that this once took to the skies. 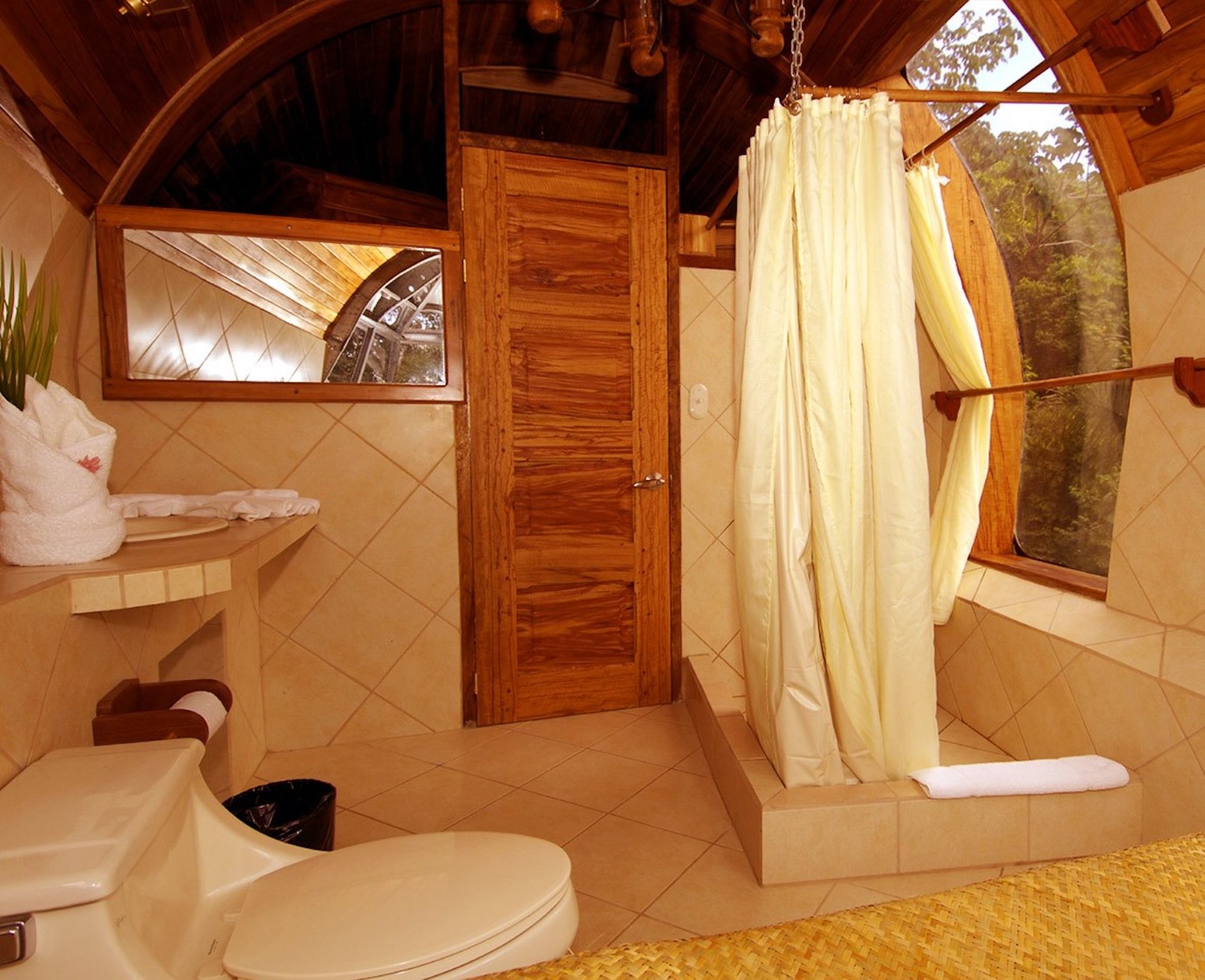 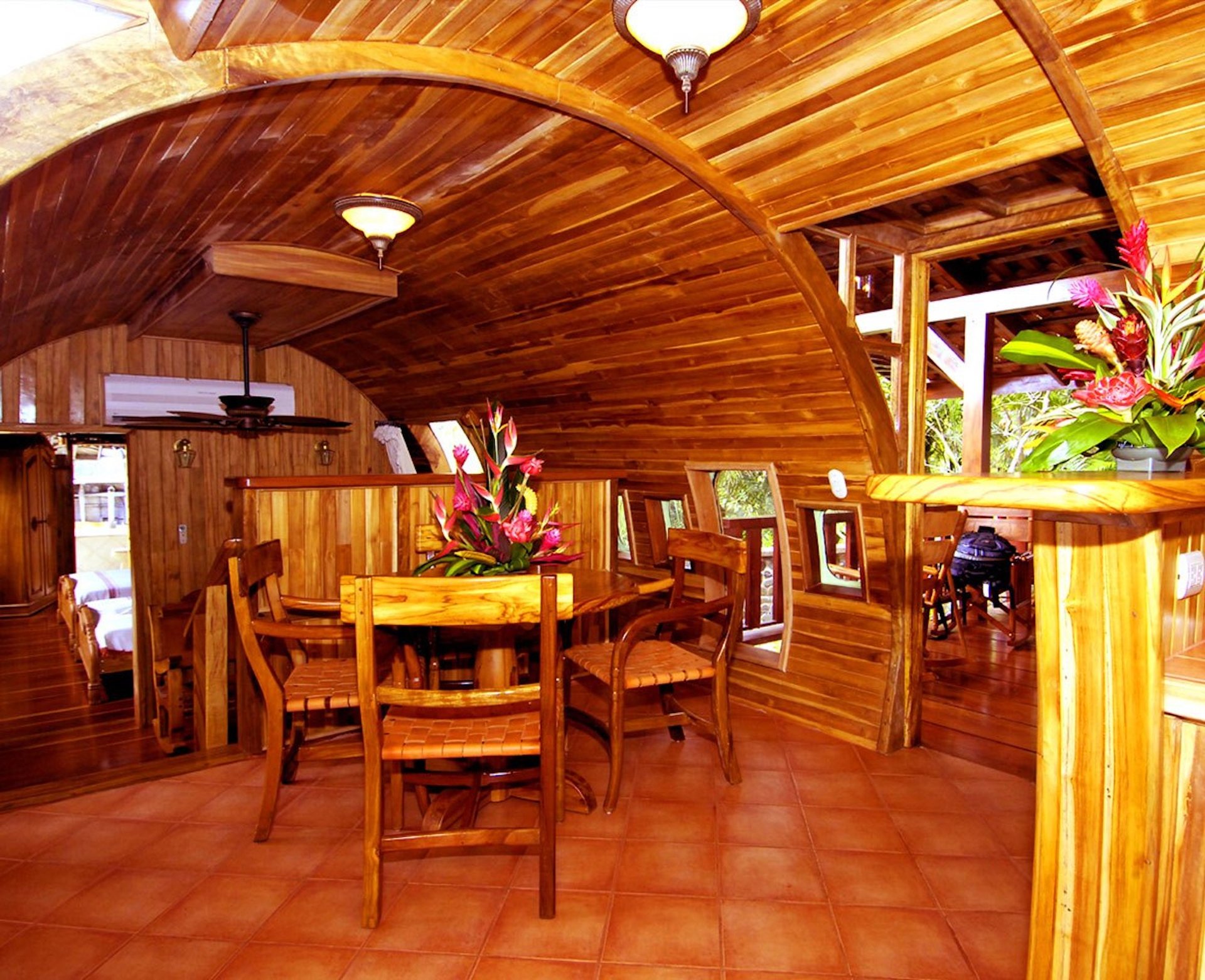 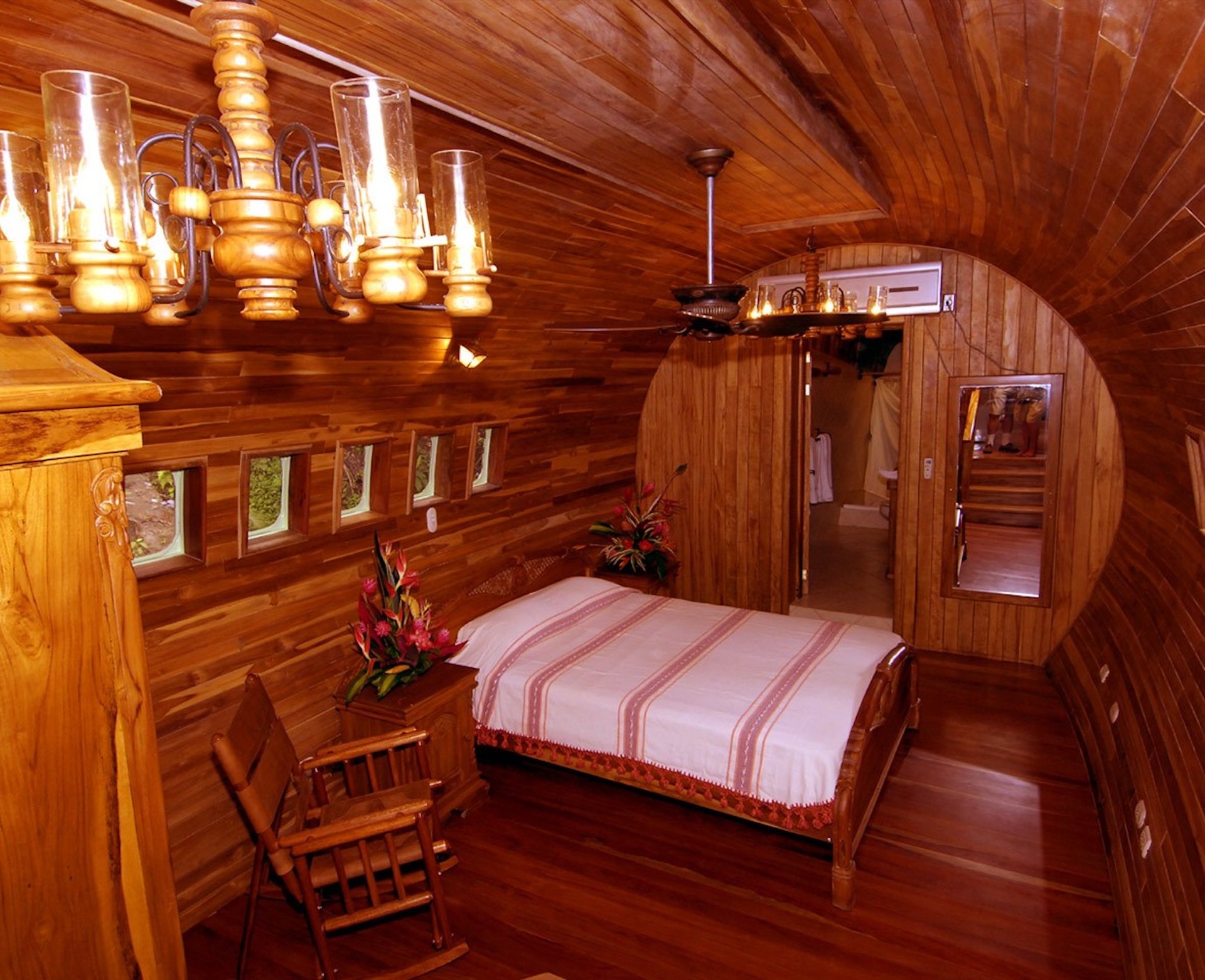 Want to stay here? If you book during the off season from September through mid-November, the suite will only cost you roughly $260 a night. During the more popular times, the price could double or even triple.