Central Japan Railway Co. (JR Central) has begun commercial operations of its all-new N700S bullet train on the Tokaido Shinkansen line. This also marks the first new Tokaido Shinkansen train in 13 years, with plenty of high-tech upgrades, including power outlet-equipped passenger seats. The goal is to have forty N700S trains in operation by fiscal 2022 from the initial four.

These new trains use indirect lighting inside the cabins to create a relaxed atmosphere while the seat and backrest both move together when reclining for maximum comfort. However, the most important features is its emergency system, as the trains now have lithium-ion batteries that enable them to travel to the nearest evacuation area along the tracks when a power outage occurs due to a natural disaster, like an earthquake. 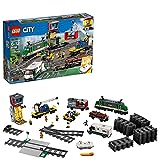 
Each of the cars bost four or six security cameras rather than the standard two for conventional Tokaido Shinkansen trains.