A giant Kirby plush was just unveiled ahead of its 30th anniversary celebration on April 27th, and like most of the other limited items, will sell out very quickly. One caveat: the Japan-exclusive item will set you back a cool $260.97 USD and can’t be pre-ordered through any stores here in the US. 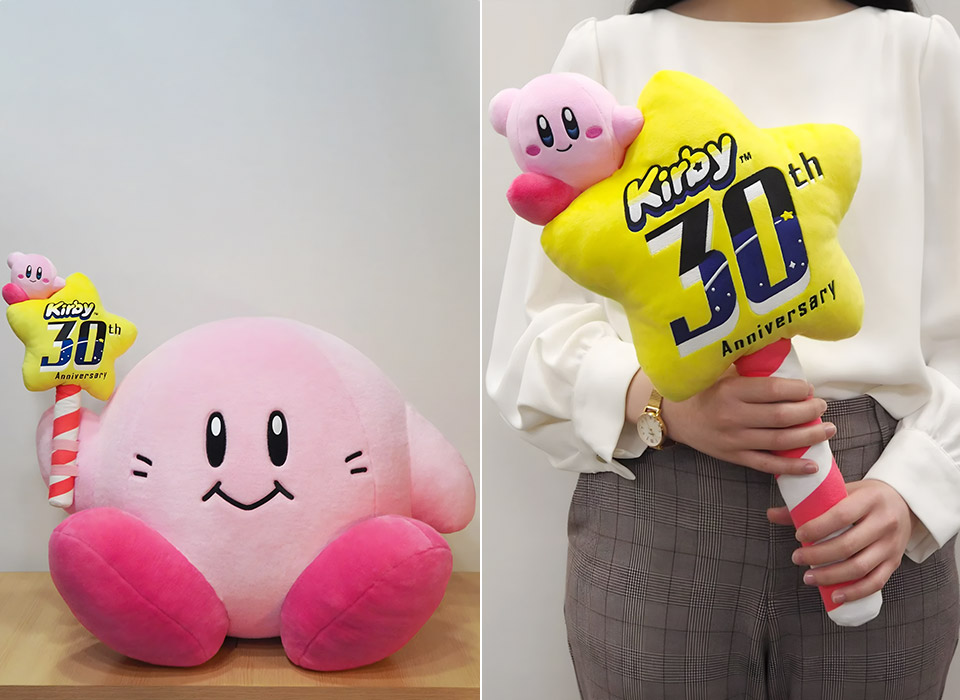 Unfortunately, this plush will not be able to inhale objects and creatures to gain their powers, although it does come with a removable Star Rod topped with a smaller Kirby. On a related side note, Kirby was created by Masahiro Sakurai to be the main character in the 1992 game Kirby’s Dream Land and was actually intended to serve as mere placeholder graphics, thus explaining its ball-like appearance. Why was the name “Kirby” chosen? Believe it or not, the name was to honor American lawyer John Kirby, who defended Nintendo in the 1984 Universal City Studios, Inc. v. Nintendo Co., Ltd. case.