Photo credit: Lets Go Digital
Nintendo Co. Ltd. filed a patent for a ‘touch pen attachment, controller system and game system’ on June 4, 2019 with the USPTO (United States Patent and Trademark Office), and this filing was just published last week (January 16, 2020). Unlike the recently released stylus, this the new touch pen is considerably shorter, but has the same exact length as a Joy-Con and can be connected to the controller with a slide movement. 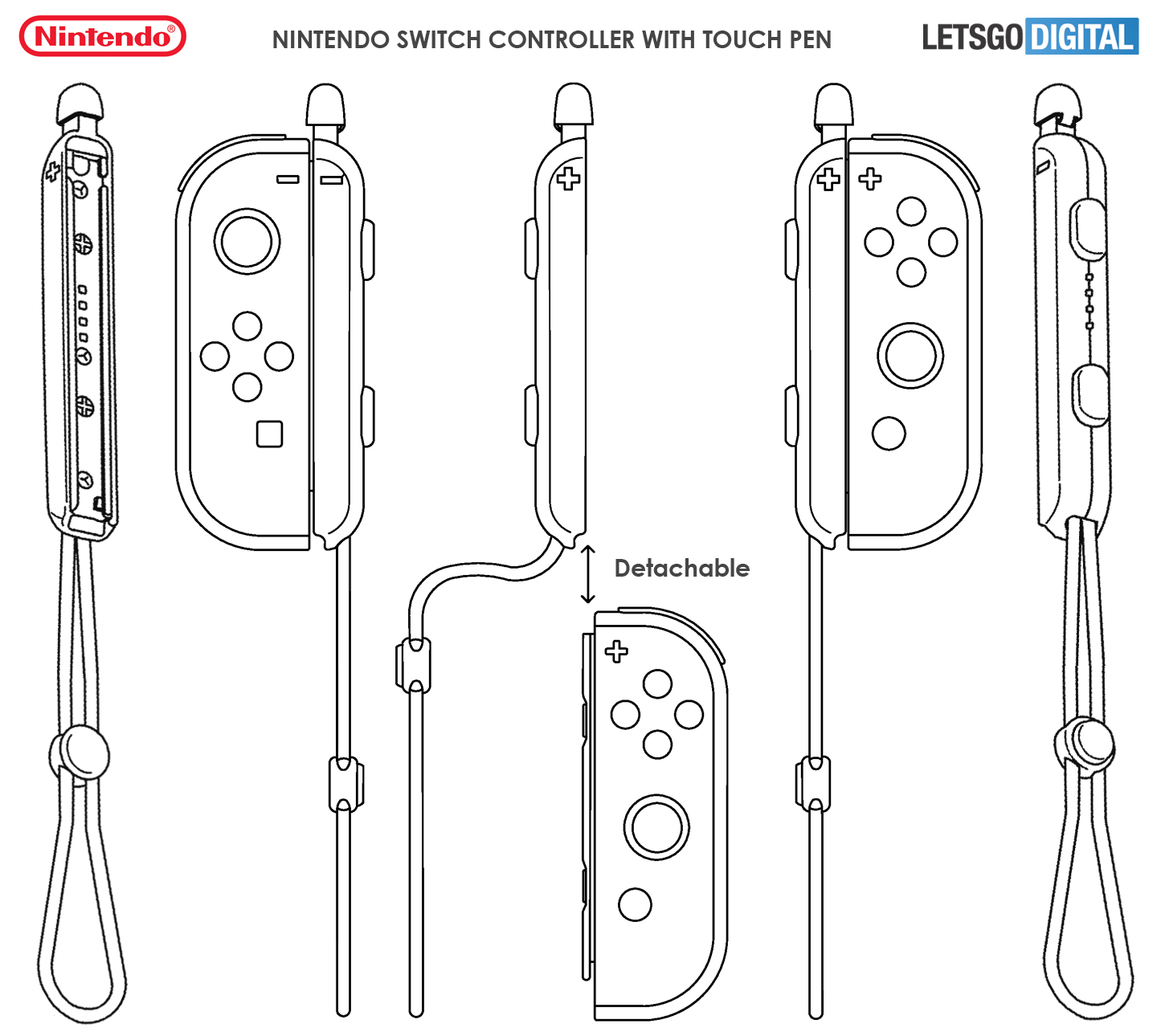 You’ll find two buttons on the pen that serve as the Second L + R button, which are also present on the Joy-Con controller. However, when the pen is connected, they’re covered up. These buttons can easily be accessed with your fingers, complete with larger buttons, so you can use them like a shoulder button. A chord can be attached to the pen so that it can be worn around your wrist. 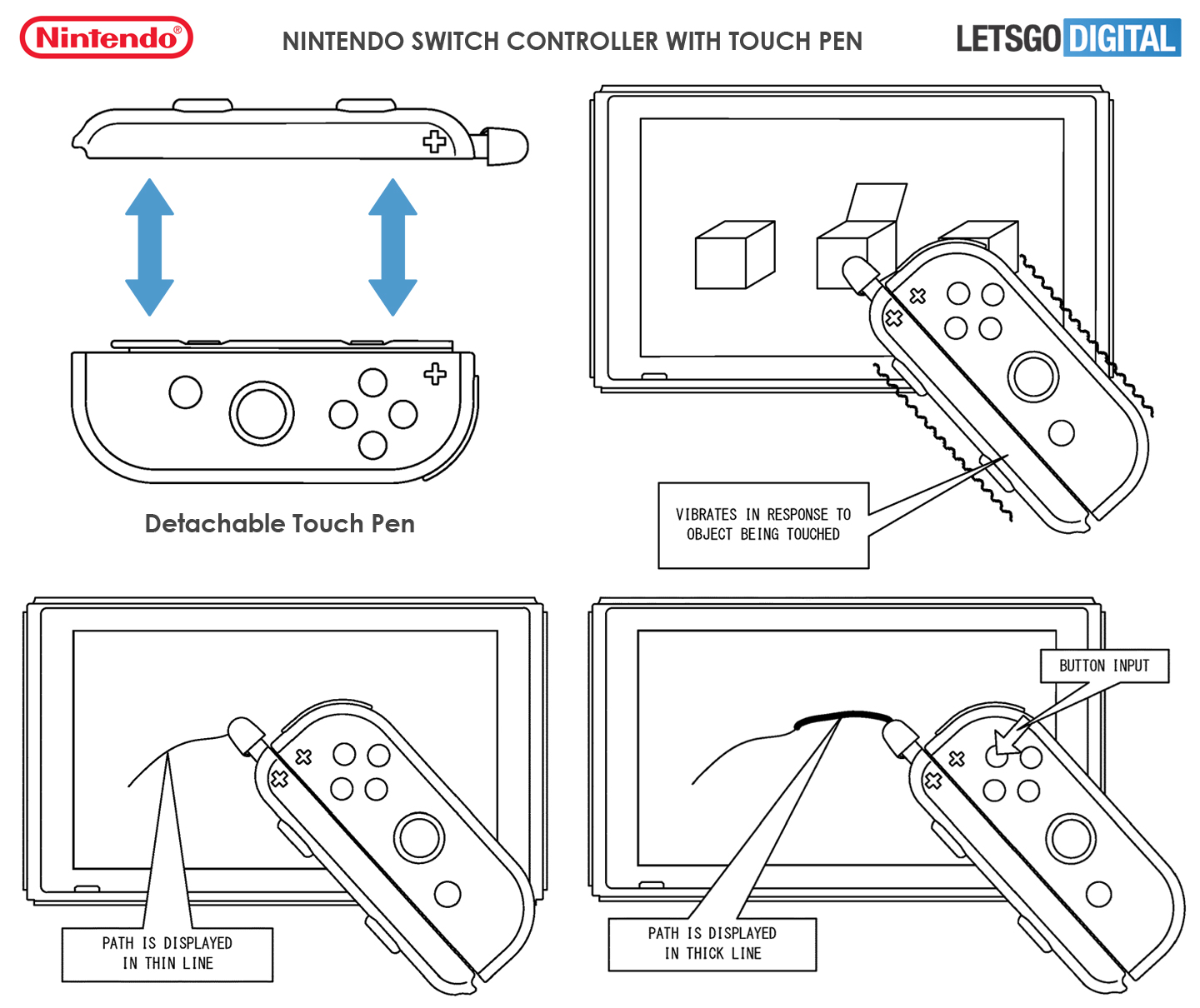 There’s no word yet on pricing or availability, but we would not be surprised to see this bundled with a new Nintendo Switch Pro console that is set to be unveiled later this year.