A pilot first discovered a strange 2.2-mile-long geoglyph in 1998, etched directly into a South Australian plateau. Called Marree Man, the artwork shows a hunter with what appears to be a stick or boomerang in his hand. This design made from earthen materials is so large that it can only be viewed in its entirety from above, similar to the Nazca Lines in Peru.

Marree Man was named after a nearby town and a prominent feature in Landsat satellite images of the area, but the lines faded over the years. They nearly entirely faded by 2013, but in August 2016, local business owners decided to restore the tourist attraction. They used accurate GPS coordinates for the original and a construction grader to redraw Marree Man over a period of five days. 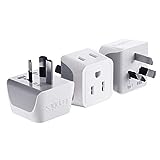 The restoration team thinks the updated geoglyph will last longer than the original because they created wind grooves, designed to trap water and encourage the growth of vegetation. Over time, they hope vegetation will turn the lines green. The OLI acquired this image of the feature on June 22, 2019,” according to NASA.