NASA’s Jet Propulsion Laboratory (JPL) is sending a robot into space, and it may be one you’re already familiar with. This four-legged explorer prototype, called NeBula-SPOT, combines autonomous technologies provided by JPL with a doglike likes. Boston Dynamics developed this subterranean Spot robot in response to a contest sponsored by the Defense Advanced Research Projects Agency (DARPA).

If deployed on a future Artemis Moon or Mars mission, it will be capable of mapping caves to identify prime shelters for future astronauts. Plus, microbial life has a better chance of survival under the Martian surface or under the icy seas of planetary moons, like Europa, Enceladus and Titan. Best of all, NeBula-SPOT has the ability navigate extreme environments without human guidance or access to GPS. 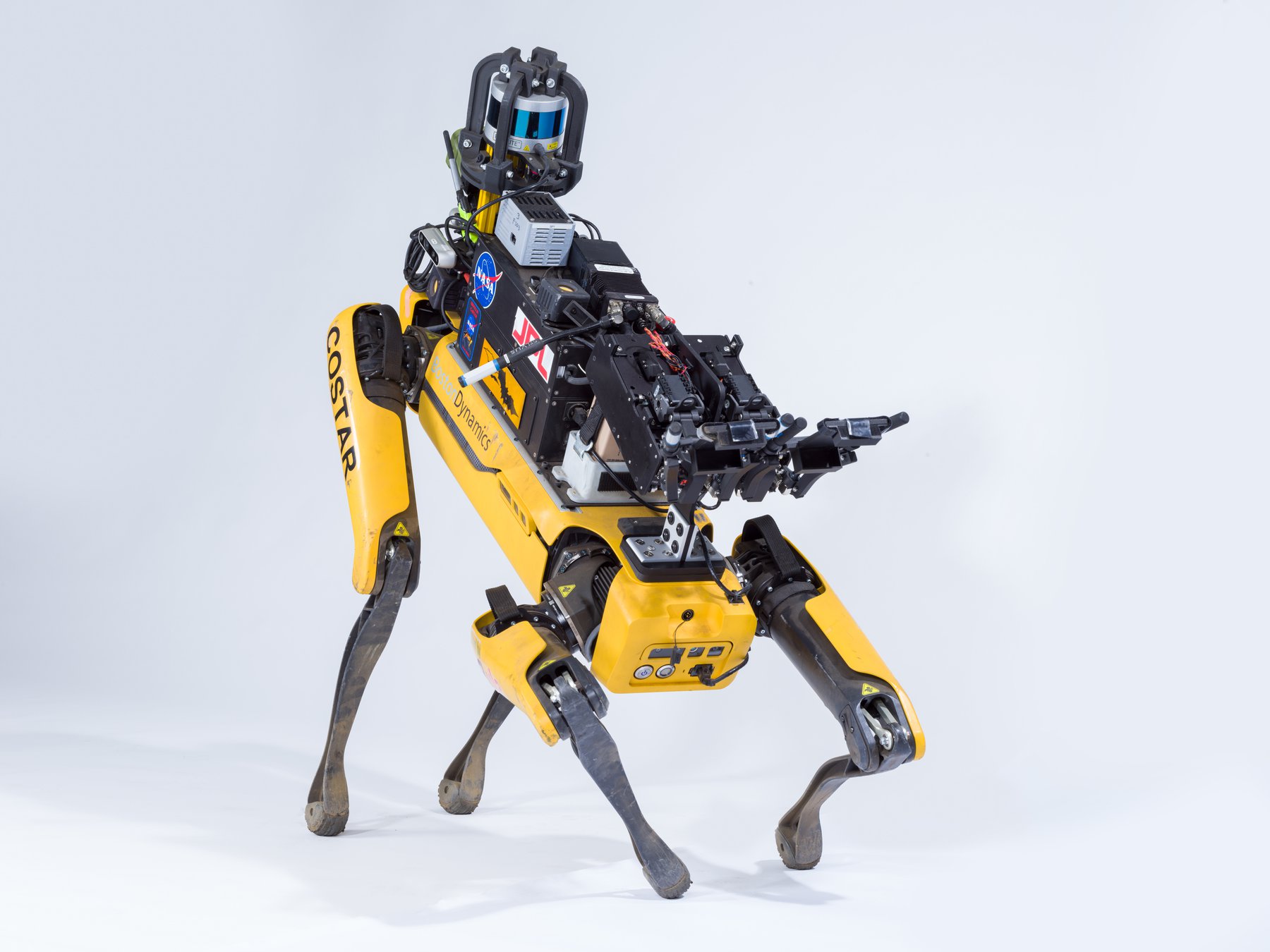 These behaviors could one day enable revolutionary scientific missions to take place on the Martian surface and subsurface, thereby pushing the boundaries of NASA’s capability in exploring traditionally inaccessible sites,” said the scientists from the American Geophysical Union (AGU).