Rocket Bunny is known for their extreme body kits, and their latest Toyota GR Supra kit is no exception. This widebody kit boasts an extended front splitter, front lip spoiler, flared wheel arches, black side skirts, and a large rear wing to finish things off. On the performance side, it keeps the factory 3.0L twin-scroll turbocharged inline six-cylinder engine making 382 hp and 368 lb-ft of torque, mated to an 8-speed automatic transmission with paddle shifters. 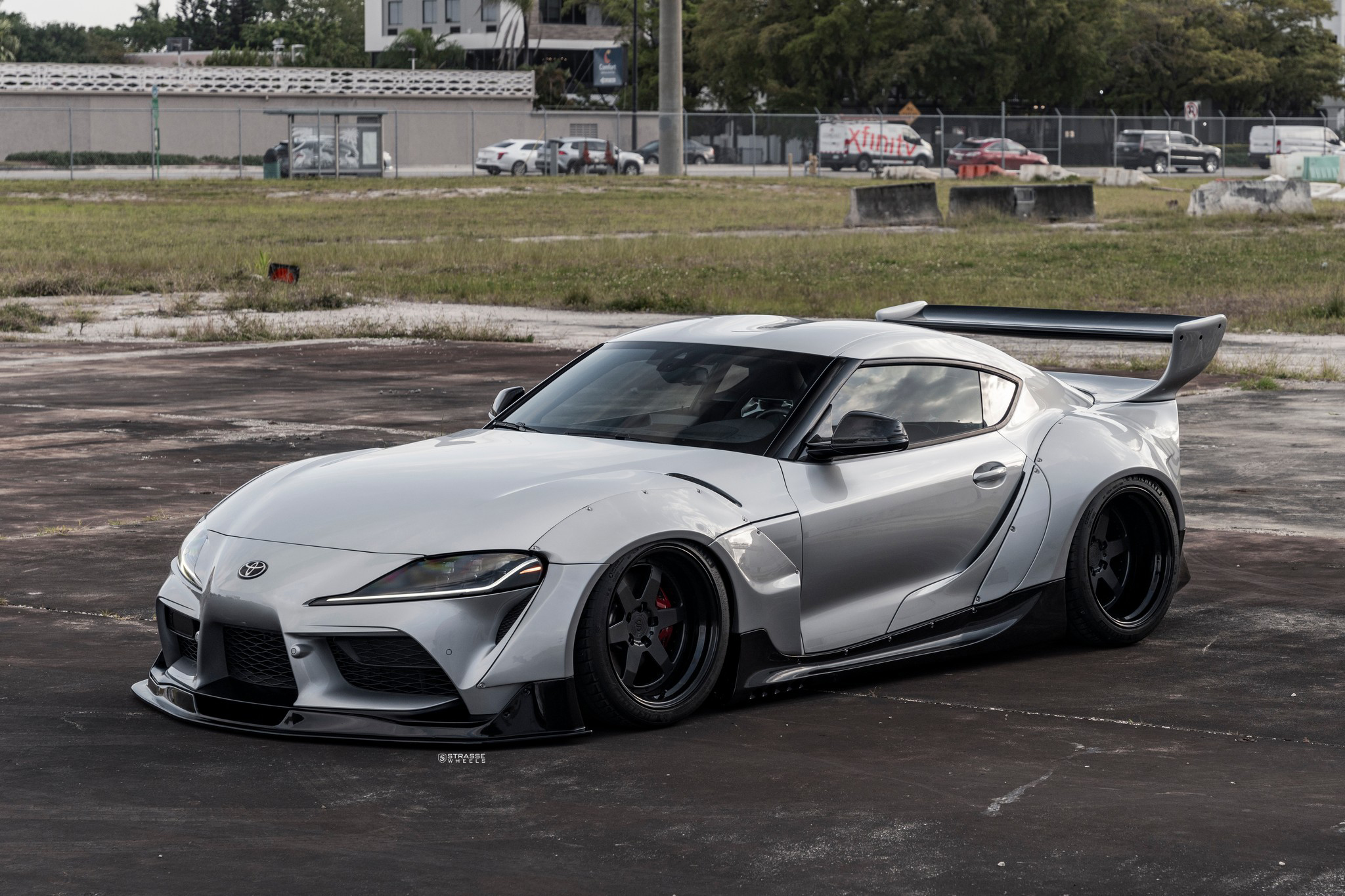 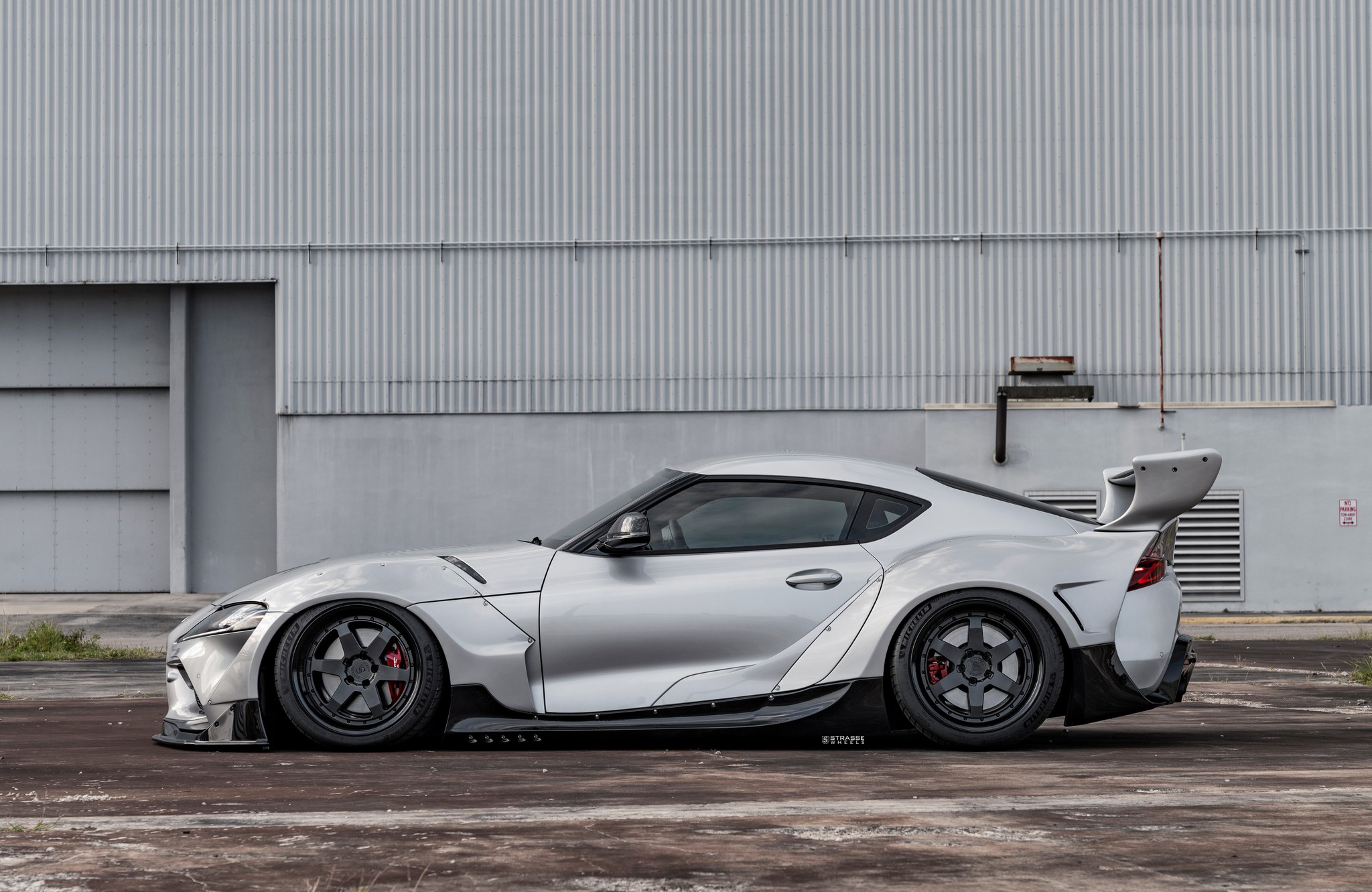 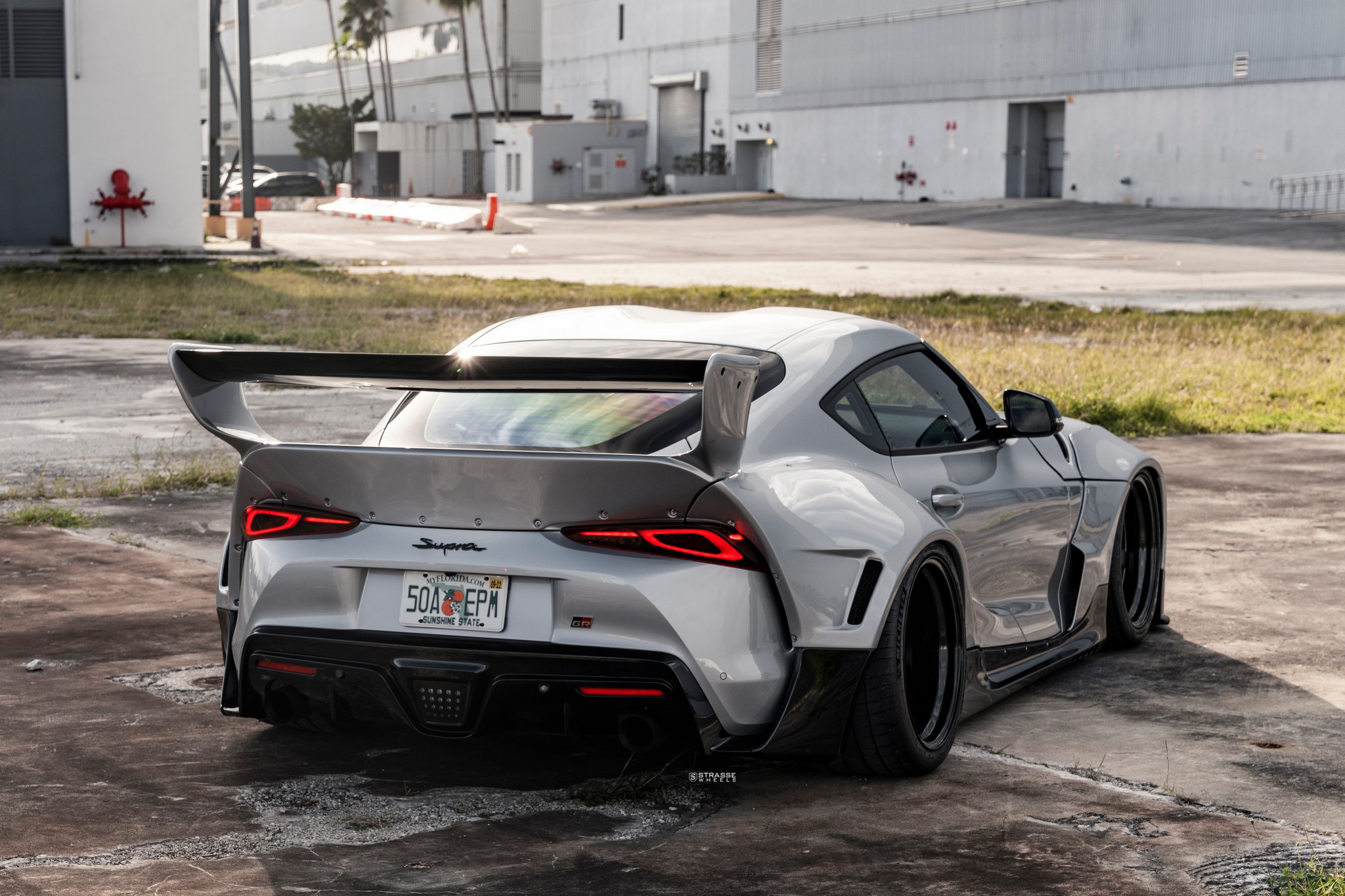 Suspension wise, it does appear to be lowered, but there’s no confirmation if this is with an airbag kit or coilovers. However, we do know that it’s been fitted with ultra slick Strasse wheels measuring 19×10 up front and 19×12 at the rear. Whatever additional upgrades it may have, the Toyota GR Supra can hit 60 mph in a mere 3.9-seconds straight from the factory. 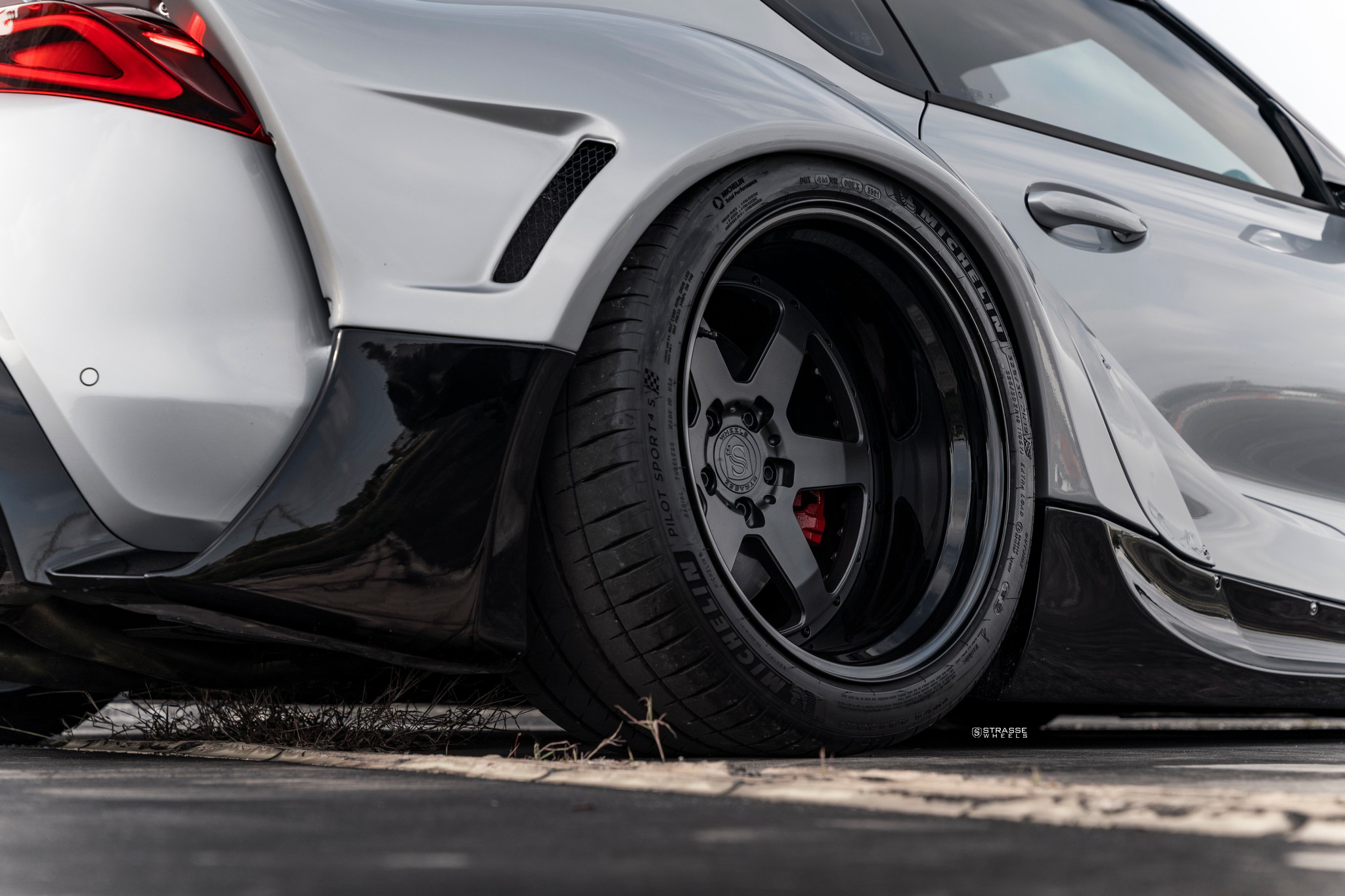 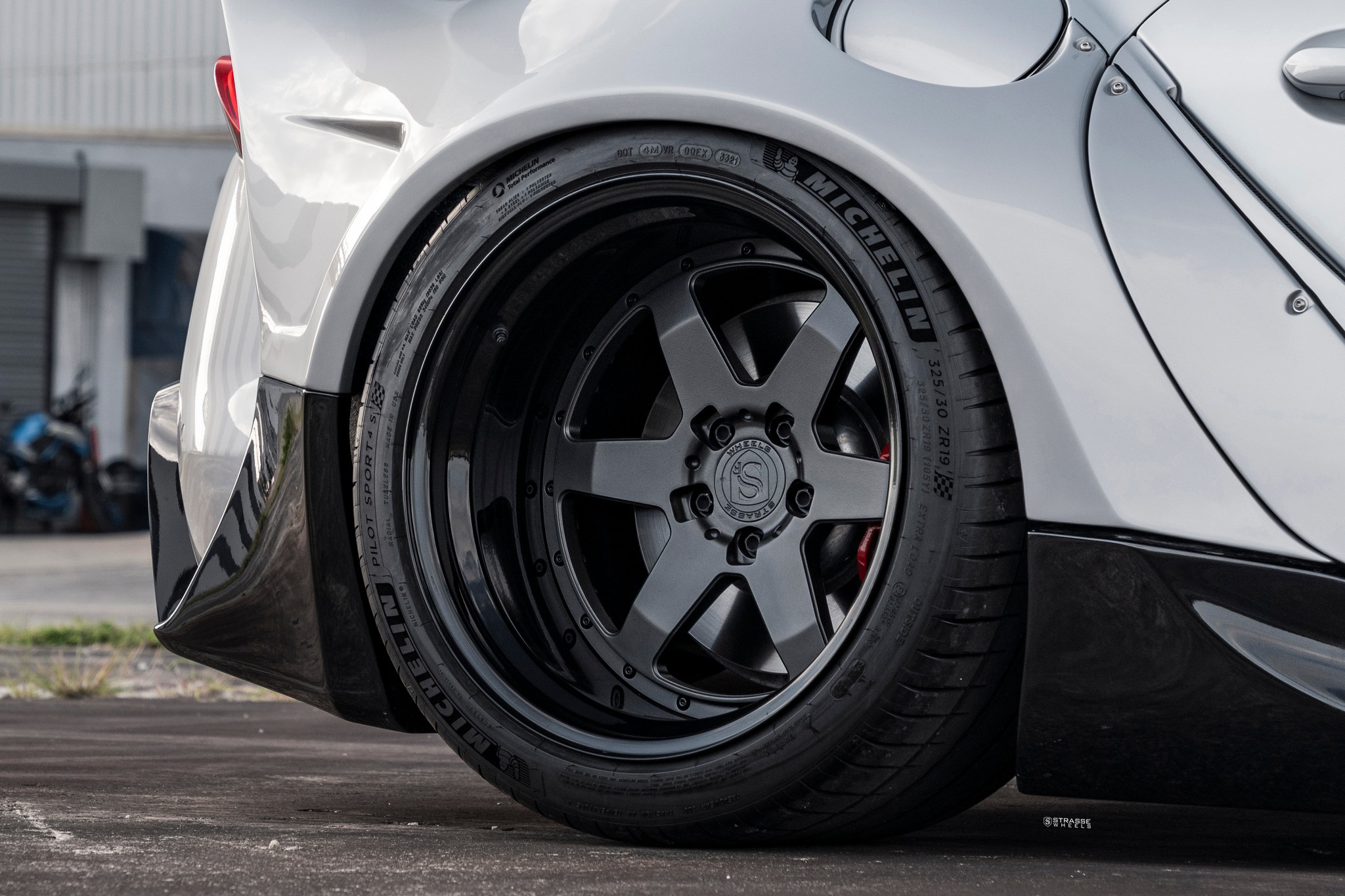 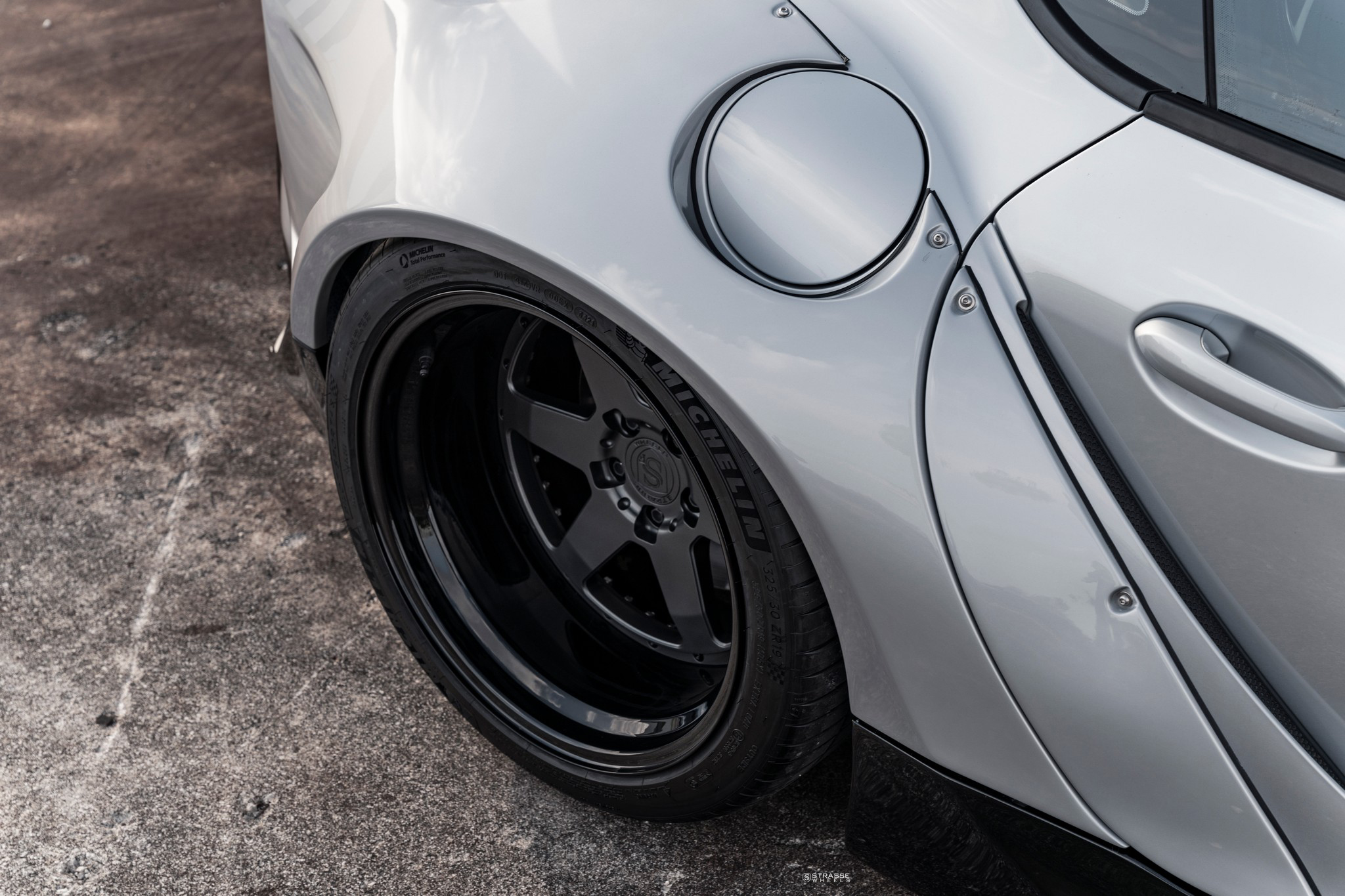