Casio Computer Co., Ltd. officially unveils the A100WEPC, a special edition watch that features none other than the iconic PAC-MAN, a classic game that is beloved around the world. The A100WEPC is based on the recent reissue of the F-100 digital watch that made its debut in 1978. Girard-Perregaux collaborated with Aston Martin to create Tourbillon with Three Flying Bridges, a special edition timepiece that unites the watchmaking expertise of Girard-Perregaux with Aston Martin’s unique knowledge of luxury and performance. This luxurious watch pays tribute to the iconic Three Bridges pocket watch from the 19th century and is presented in black calf leather, while featuring Rubber Alloy, an innovative rubber insert injected with white gold. 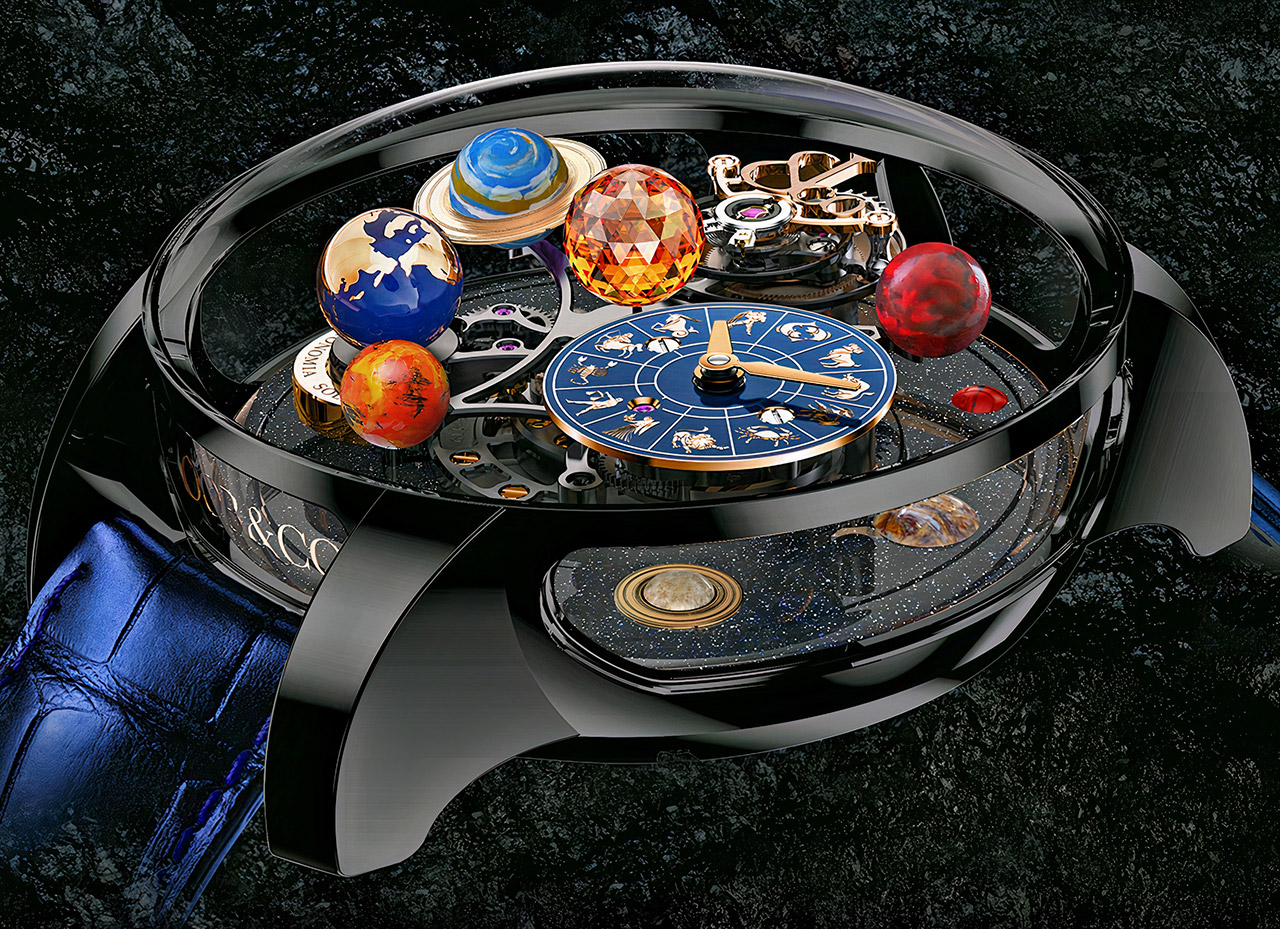 The Jacob & Co. Astronomia Solar Zodiac Black watch is most likely one that you’ve never seen before. Featuring a rotating three-arm carousel used as a mount for the stunning 60-second flying tourbillon, 60-second rotating rose gold, blue lacquered globe, three hand-painted planets and a self-orientating dial for hours / minutes, with the whole assembly forming a complete solar system that performs a clockwise rotation every 10 minutes. Photo credit: Paladone
Sony’s PlayStation, a home video game console, was first released on December 3, 1994 in Japan, and as a a fifth generation console, it primarily competed with the Nintendo 64 and the Sega Saturn. Paladone decided to pay tribute by releasing an officially licensed PlayStation Watch, which is made of gray silicone and sports three buttons that control the time-displaying LEDs.