Girard-Perregaux collaborated with Aston Martin to create Tourbillon with Three Flying Bridges, a special edition timepiece that unites the watchmaking expertise of Girard-Perregaux with Aston Martin’s unique knowledge of luxury and performance. This luxurious watch pays tribute to the iconic Three Bridges pocket watch from the 19th century and is presented in black calf leather, while featuring Rubber Alloy, an innovative rubber insert injected with white gold.

The 44mm case is formed of Grade 5 titanium, suffused with black DLC (Diamond-Like Carbon), to give the watch stylish, yet stealthy, appearance. In front, a sapphire crystal ‘box’ is positioned front of house, as well as to the rear, coaxing light to illuminate the case interior, thereby augmenting readability. The movement eschews a mainplate, sitting between both panes of sapphire to seemingly floating in mid-air and the dial is formed of titanium with black PVD (Physical Vapour Deposition) treatment as well as polished angles. Two caveats: it’s limited to 18-unit worldwide and priced at $146,000 USD. 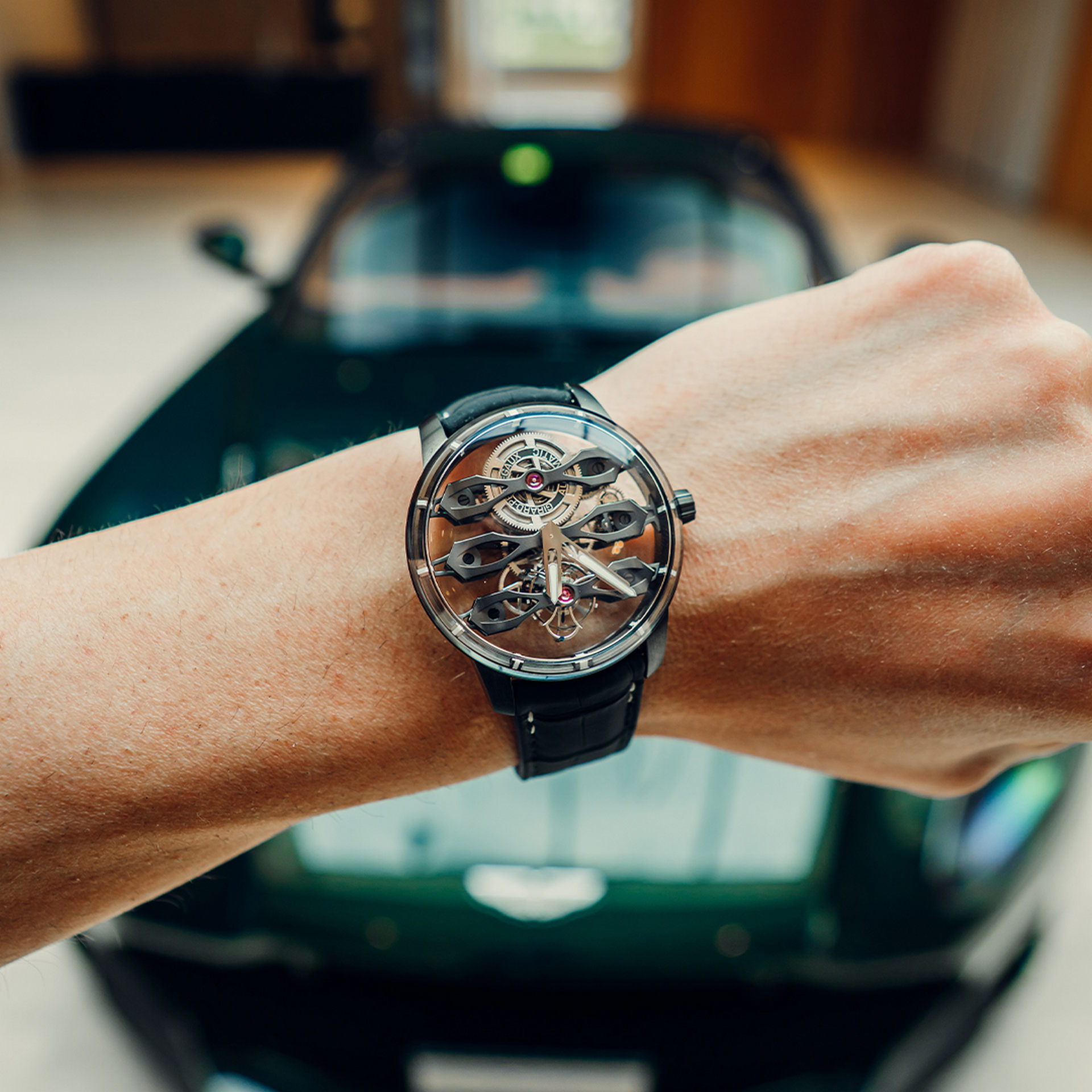 When viewing the design of an Aston Martin, you will note the firm’s distinctive front grille, first seen on the DB Mark III of the late 50s. Likewise, the scoops and side strakes found on the company’s modern-day models are functional elements, intended to improve airflow while enriching the overall appearance of each car. At Girard-Perregaux we share a similar philosophy. For example, when the Maison released the now-legendary Tourbillon with Three Gold Bridges in 1867, it transformed three functional elements into attractive aesthetic features and demonstrated an approach that we continue to employ today. Finally, this latest partnership provides a fascinating chapter in Girard-Perregaux’s 230-year history,” said Patrick Pruniaux, CEO of Girard-Perregaux.