Tesla “Technoking” Elon Musk has been known for hinting at upcoming vehicles and / or new features, with the latest being a video of the company’s upcoming Semi at a test track in Fremont. This vehicle can reportedly hit 60 mph in 20-seconds with a full 80,000-pound load, or 5-seconds without a trailer, all powered by four independent motors on the rear axles. There’s no official word yet on when we’ll see it on public roads, but as you can see, the prototype is almost there.

How does this compare to a traditional semi-trailer truck? Well, they usually have dual 150 gallon tanks, good for around 2,100-miles on diesel fuel. Now, the Tesla Semi gets a reported 500 miles on a full charge, and on the new batteries it should be able to run for 400 miles after an 80% charge in a mere 30 minutes using a solar-powered “Tesla Megacharger” charging station. The Tesla Semi is estimated to cost $150,000 USD for the 300-mile model and $180,000 USD to get the 500-mile range variant. 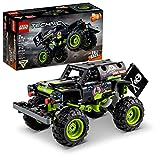