Photo credit: Studio Viktor Sørless
The Dune House by Studio Viktor Sørless looks like an optical illusion, but it’s a real living space located on the coast of Denmark. For those who have never visited the country, a large part of the terrain is rolling plains while the coastline is sandy, and there’s even large dunes in northern Jutland, a peninsula of Northern Europe that forms Denmark’s continental portion. 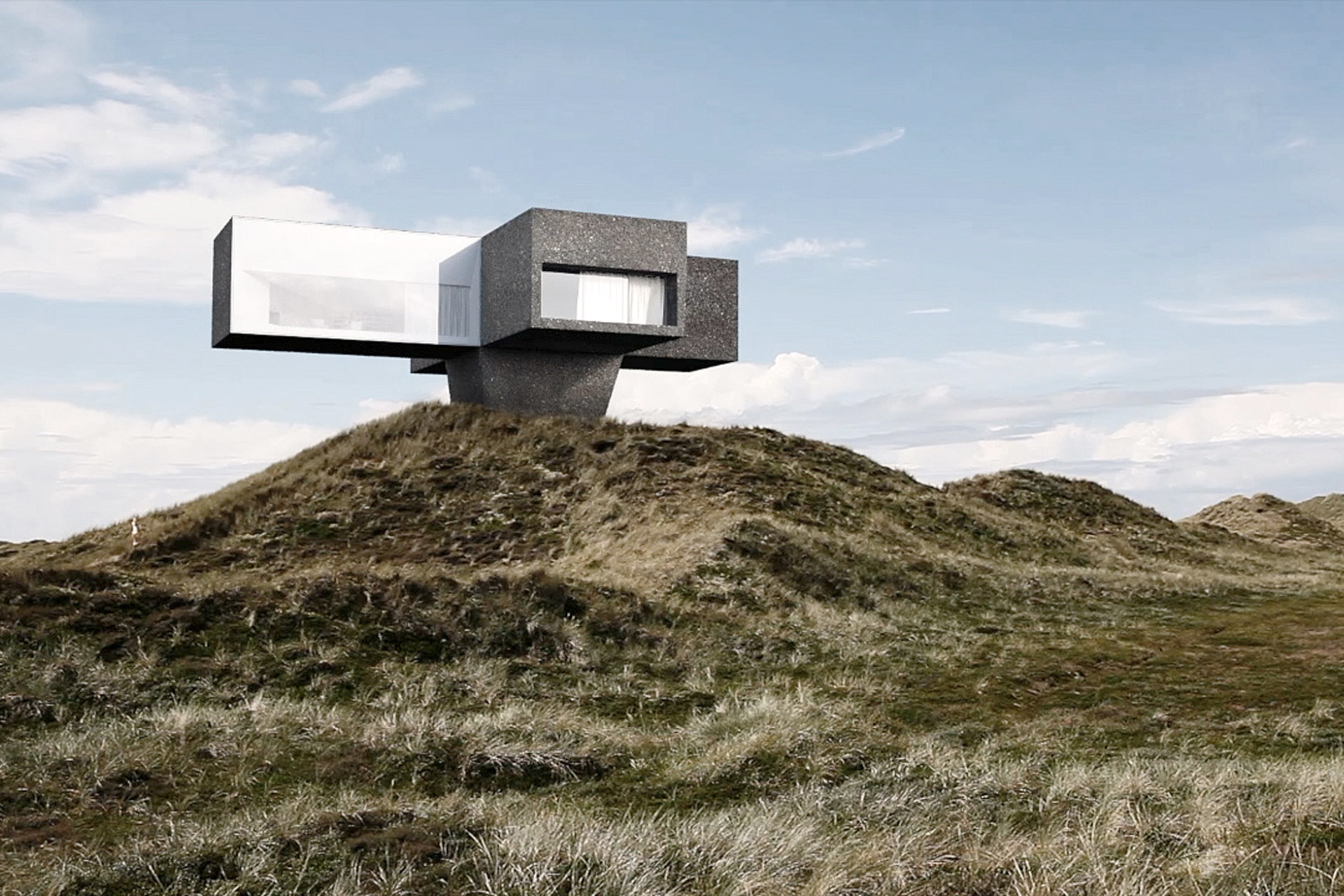 The home itself features an elevated cross-shaped design lifted off the ground and cantilevered in four cardinal directions: north, south, east, and west. Light is used as the fifth cardinal direction, since the angle formed between the axis changes throughout the day and determines the cinematic mood. This is significant because this structure was inspired by Roman Polanski’s “The Ghostwriter” film. 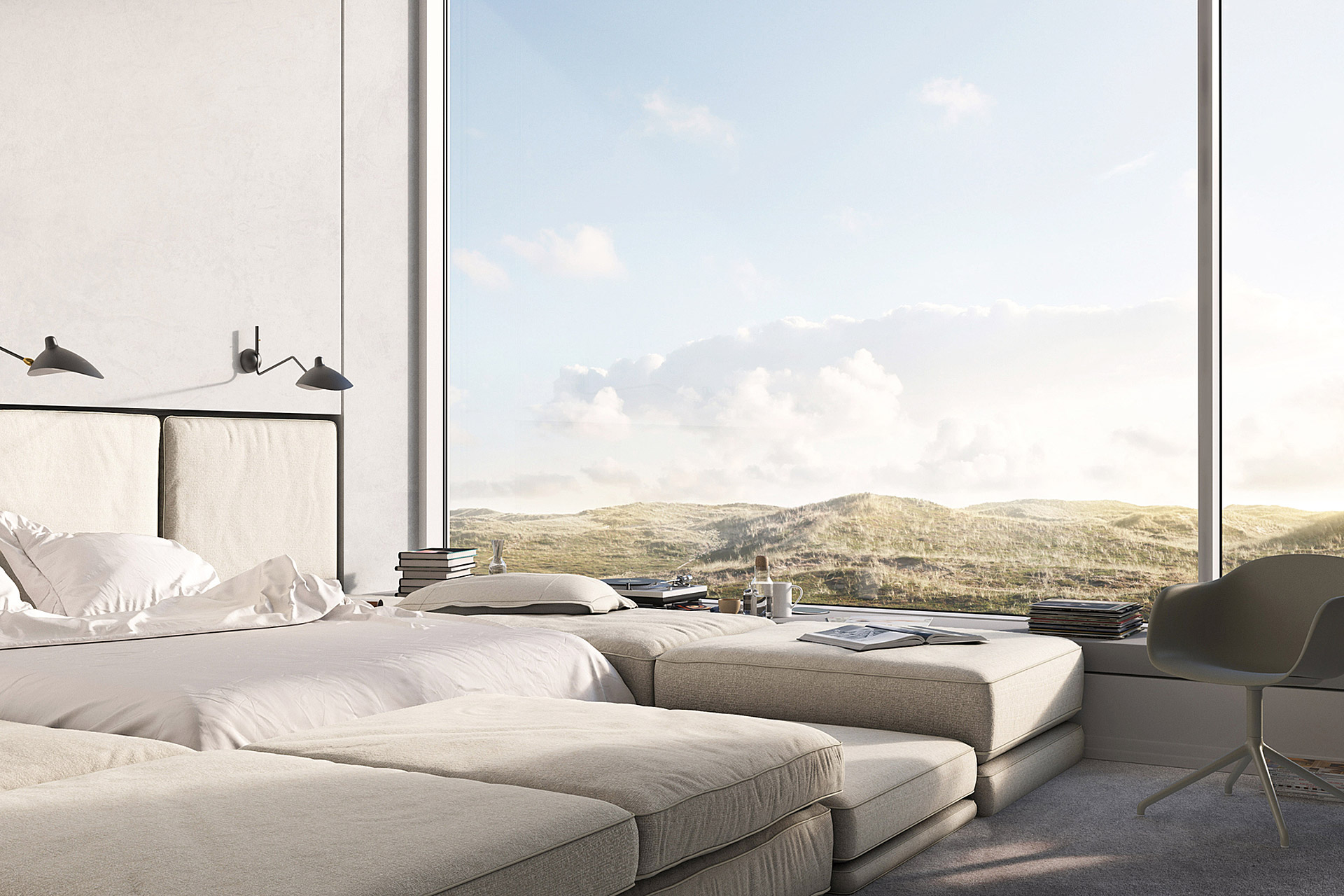 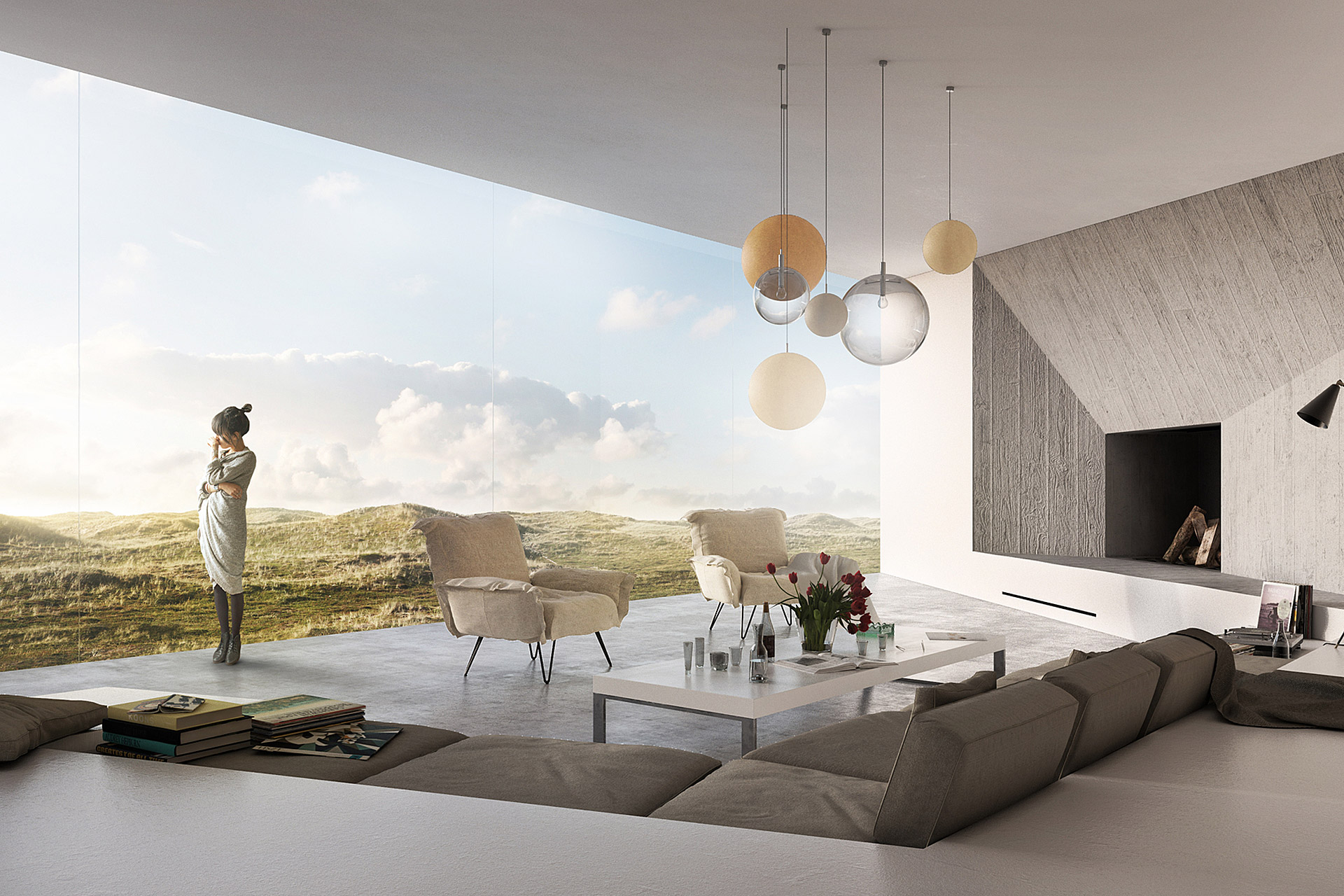 Why is it elevated? Well, you enter the home directly through an “Elevator Room,” which also functions as a lobby and gallery. Since this was a one-off home, it’s currently not available for viewing or sale.