The Audi RS Q e-tron is an all-electric beast set to compete in the 2022 Dakar Rally, which spans 2-weeks in various remote places around the world. The main issue is that the vehicle will have to travel up to 500-miles in a day, a big challenge for an electric drivetrain.

To make sure it generates enough power, it’s powered by two 250 kW electric motor/generator units (MGUs) from Audi Sport’s current Formula E program generating 335 hp each at each axle for a combined output of 670 hp, fed by a 52 kWh lithium-ion battery pack. For added range, a third Formula E MGU charges the battery while the RS Q e-tron is driving, while a 2.0 L TSFI engine sourced from Audi Sport’s DTM car is connected to that MGU by a shaft. 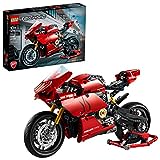 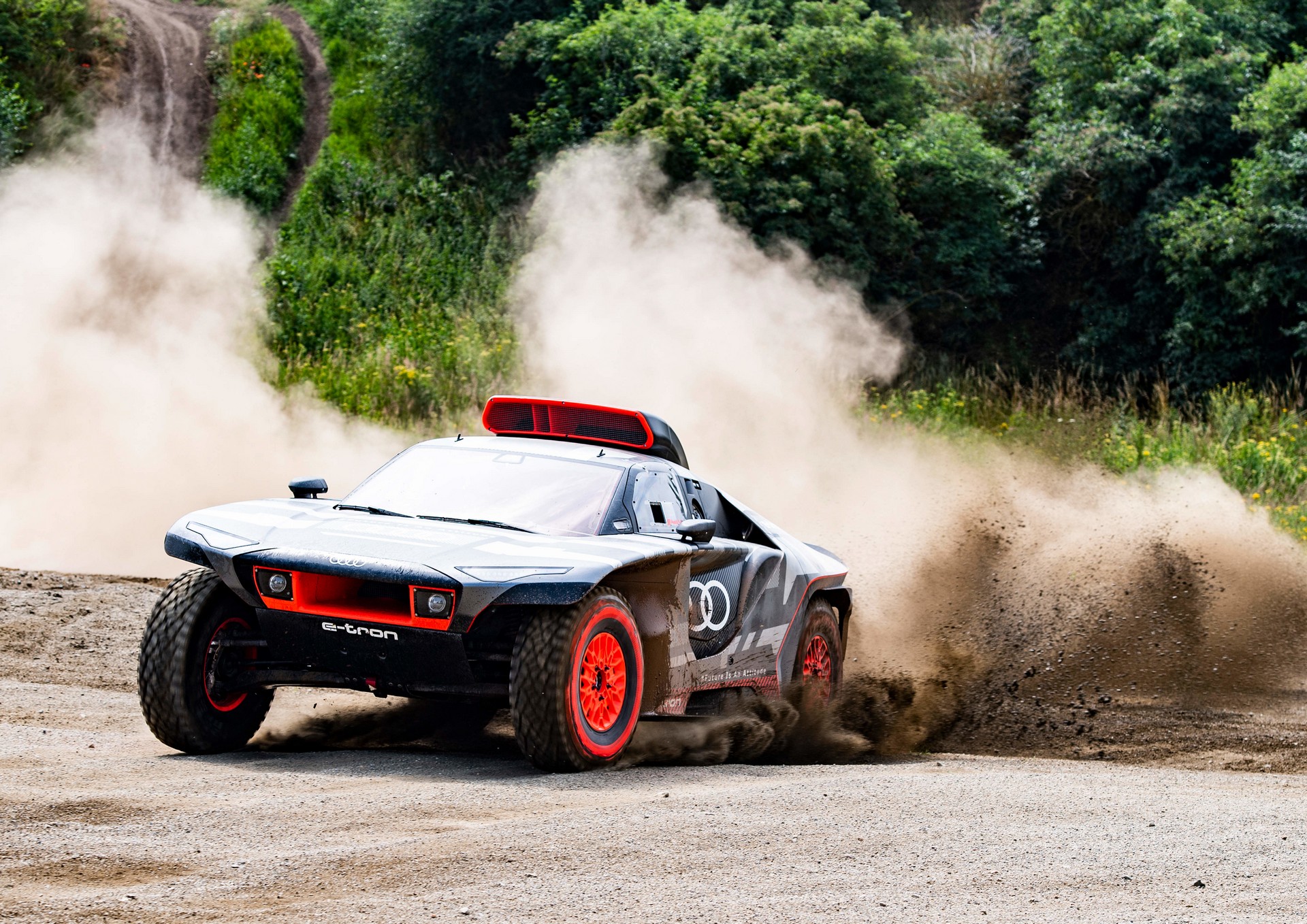 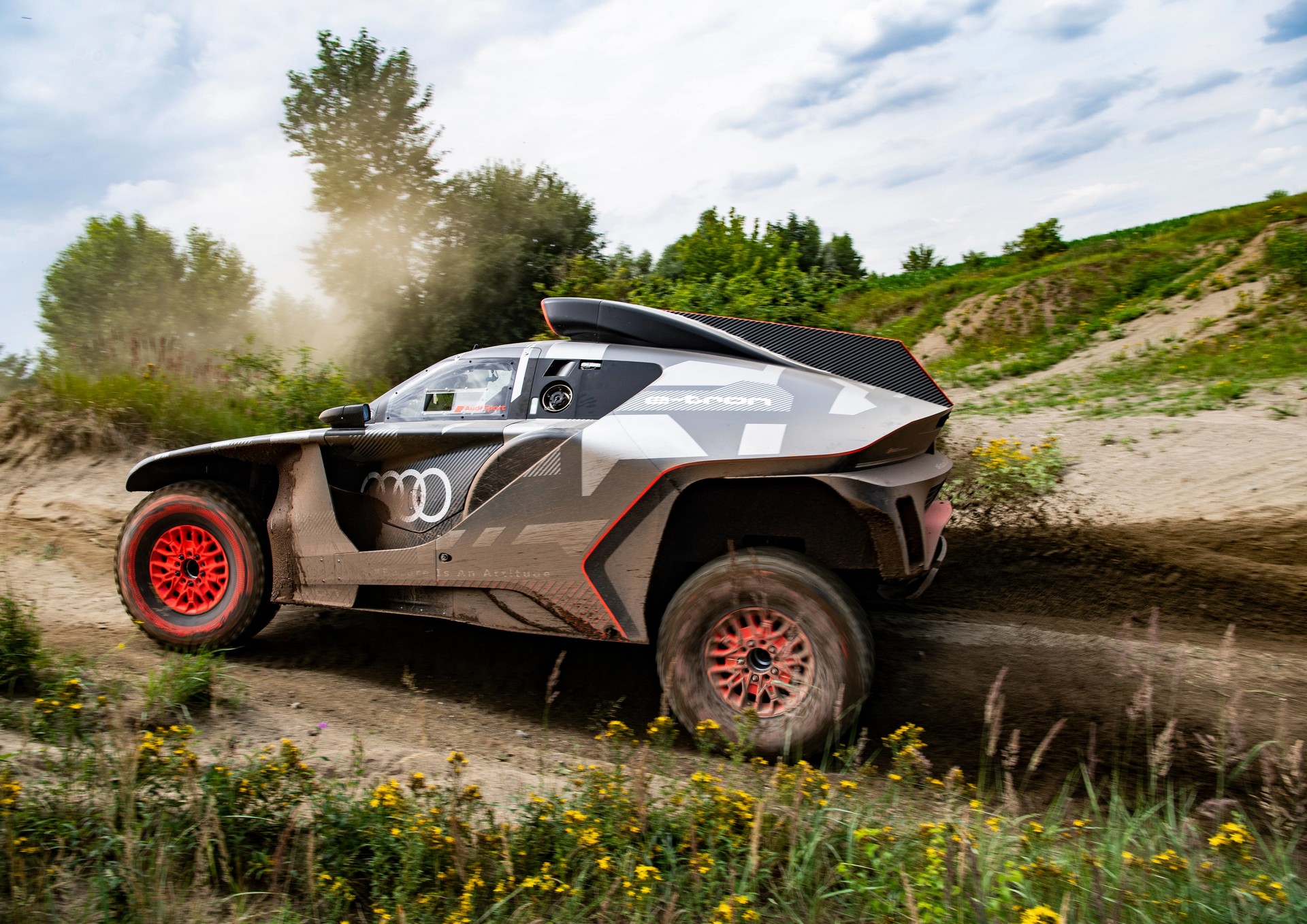 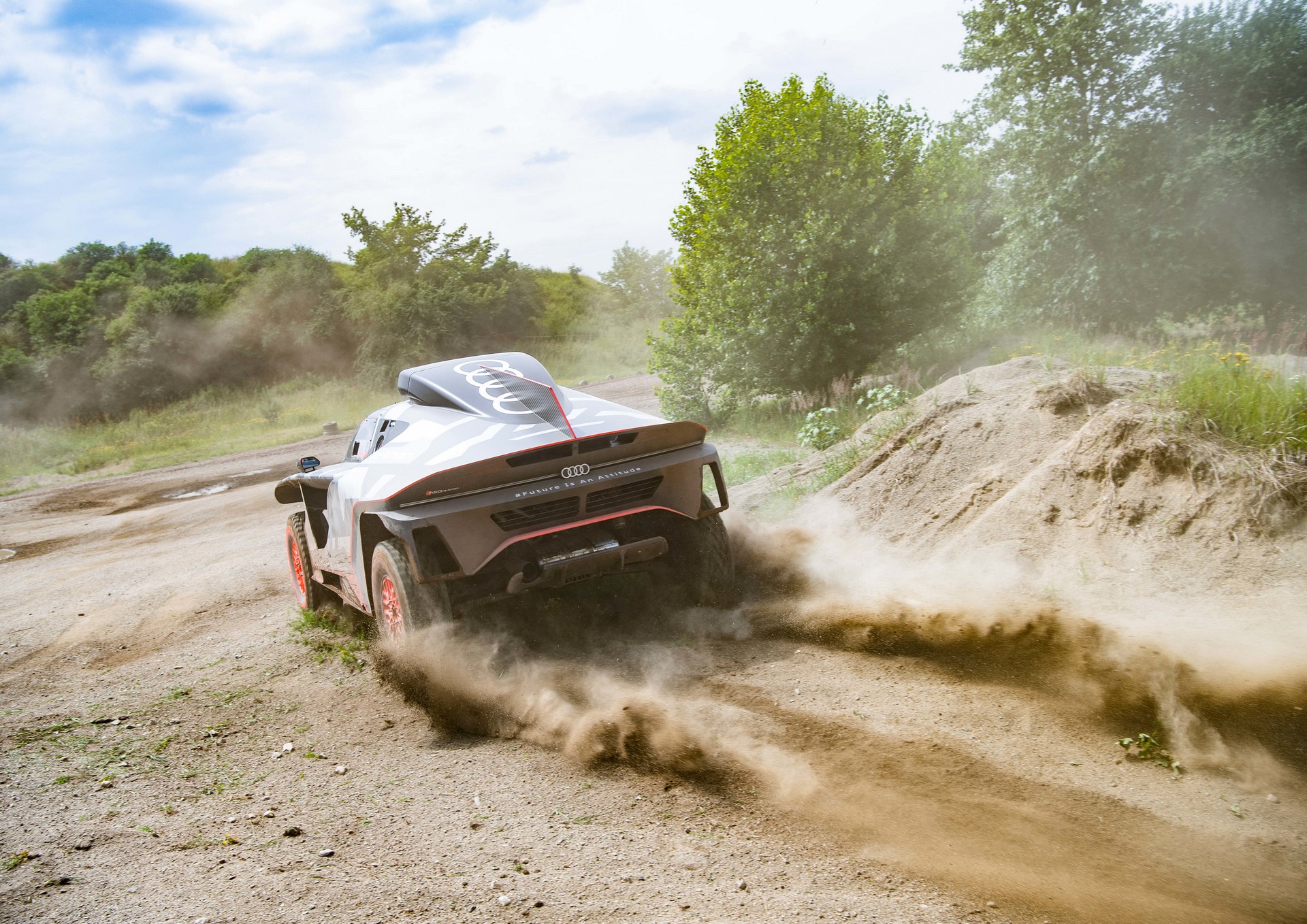 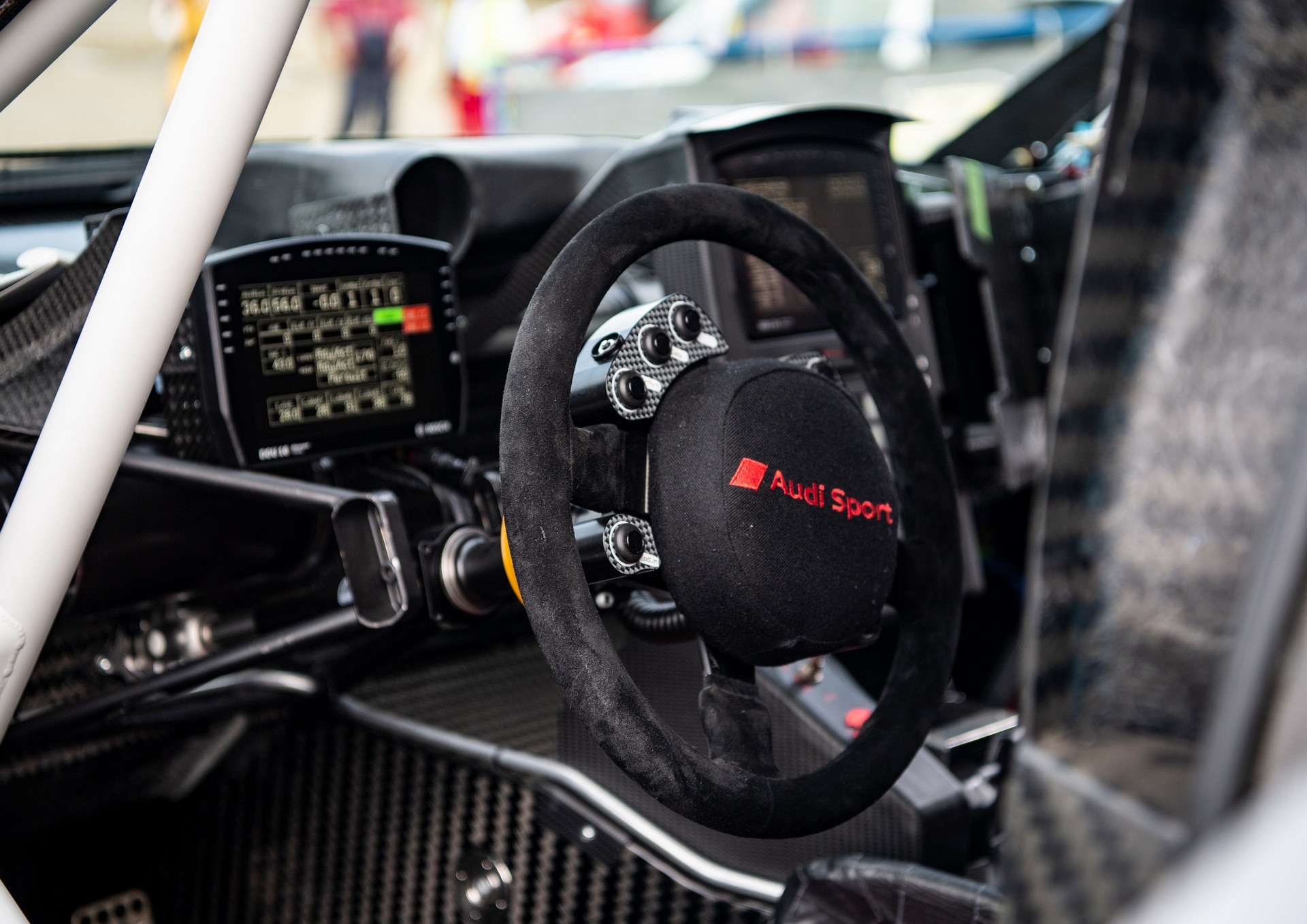 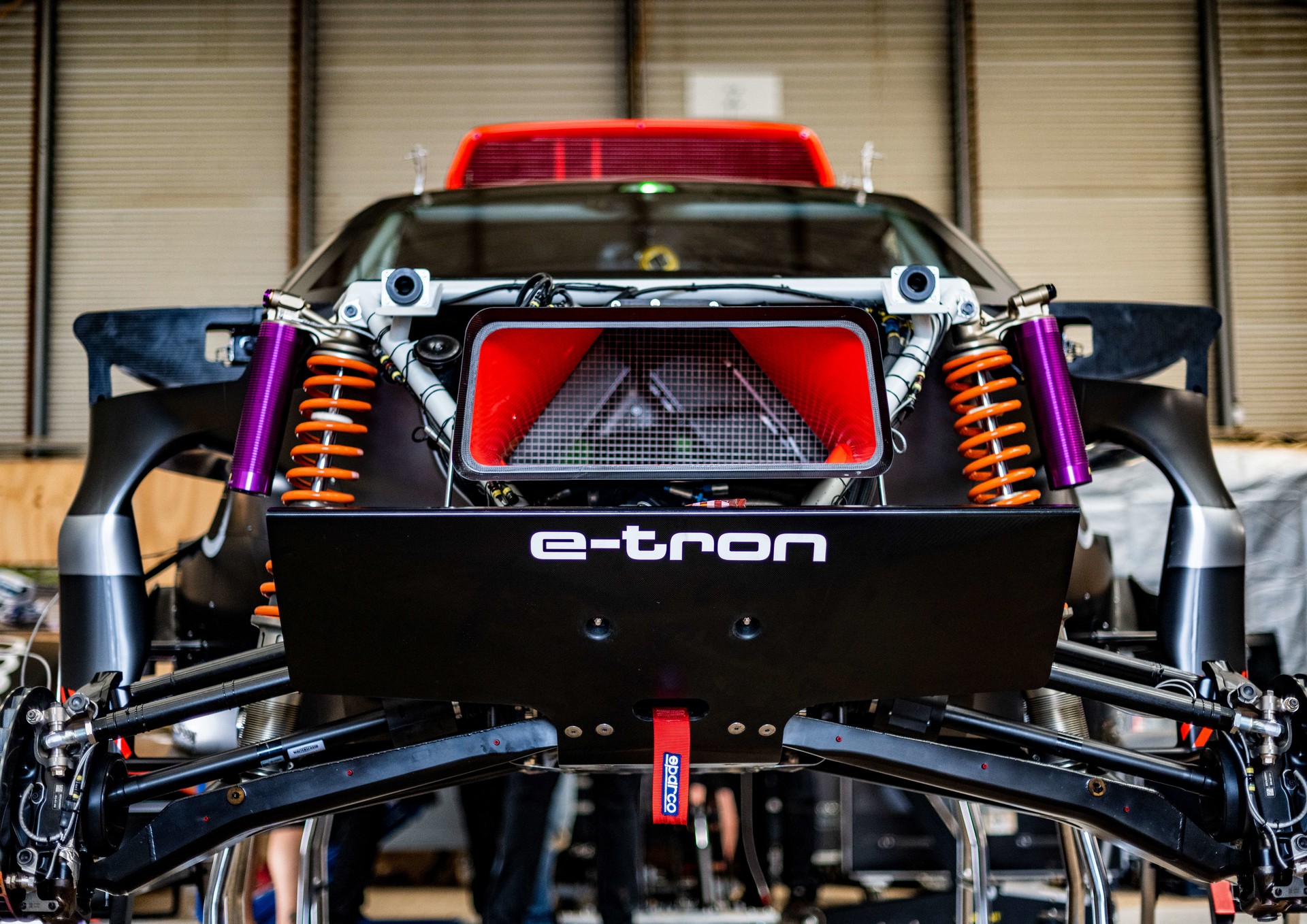 The quattro was a gamechanger for the World Rally Championship. Audi was the first brand to win the Le Mans 24 Hours with an electrified drivetrain. Now, we want to usher in a new era at the Dakar Rally, while testing and further developing our e-tron technology under extreme conditions. Our RS Q e-tron was created on a blank sheet of paper in record time and stands for Vorsprung durch Technik,” said Julius Seebach, Managing Director of Audi Sport GmbH and responsible for motorsport at Audi.