The sleek 2022 Rolls-Royce Black Badge Ghost is unlike any other that came before it, and that’s because the vehicle is coated in the world’s darkest black automotive paint. More specifically, 100-pounds of paint that was atomized and then applied to an electrostatically charged body in white before being oven dried.

It doesn’t stop there, as after being oven dried, the Black Badge Ghost then receives two layers of clear coat before being hand-polished by a team of four craftsman to produce the company’s signature high-gloss piano finish. Inside, you’ll find multiple wood layers pressed onto the component substrates, using black Bolivar veneer for the uppermost base layer. Dim the lights, and the interior is lit up with the Rolls-Royce Illuminated Fascia, which displays an ethereal glowing Lemniscate, surrounded by more than 850 stars, complete with 90,000 laser-etched dots across the surface. Its twin-turbocharged 6.75L V12 engine has also been boosted to 591 hp and 664 lb-ft of torque, enabling it to hit 60 mph in 4.5-seconds. 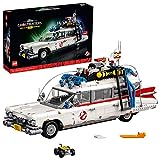 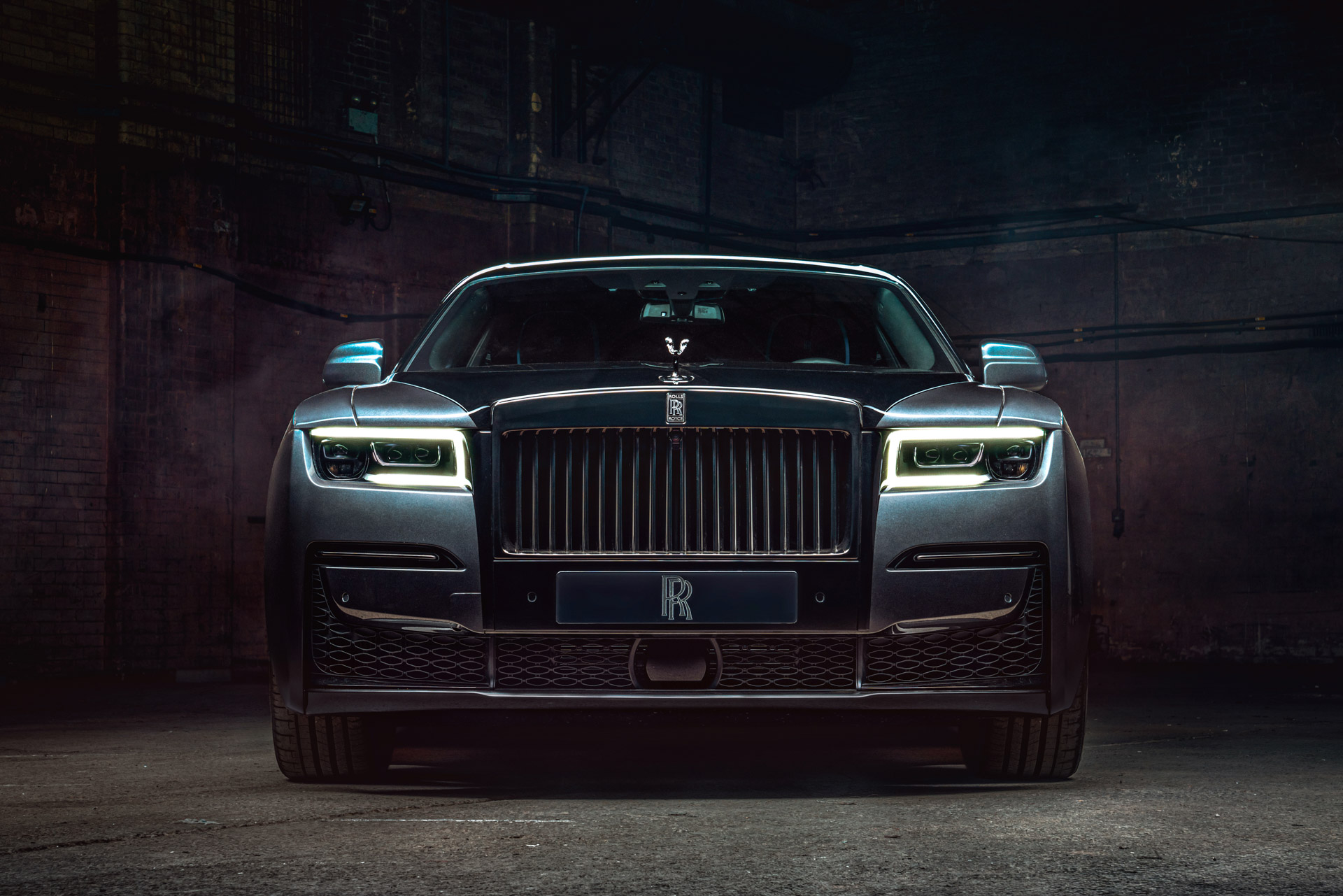 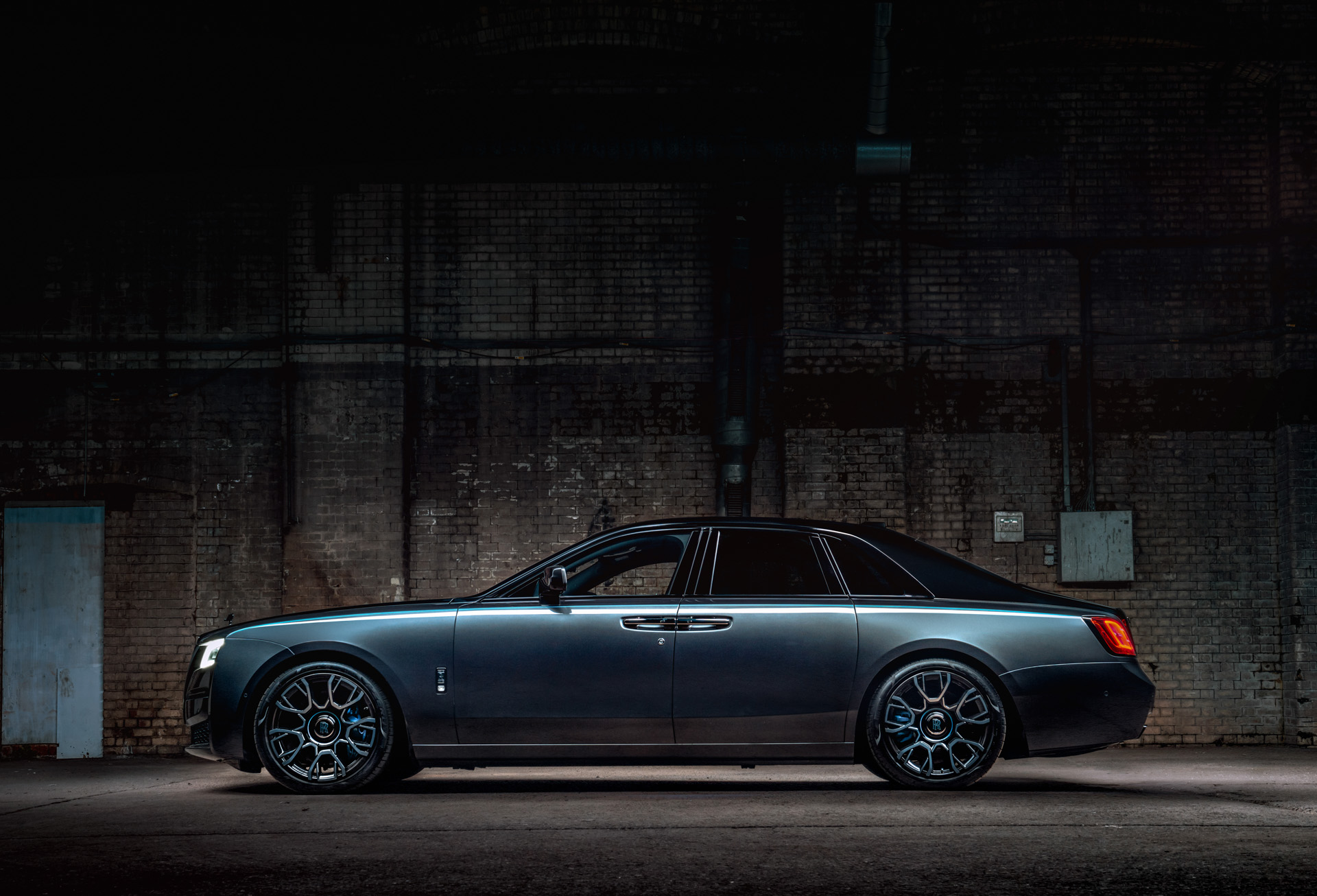 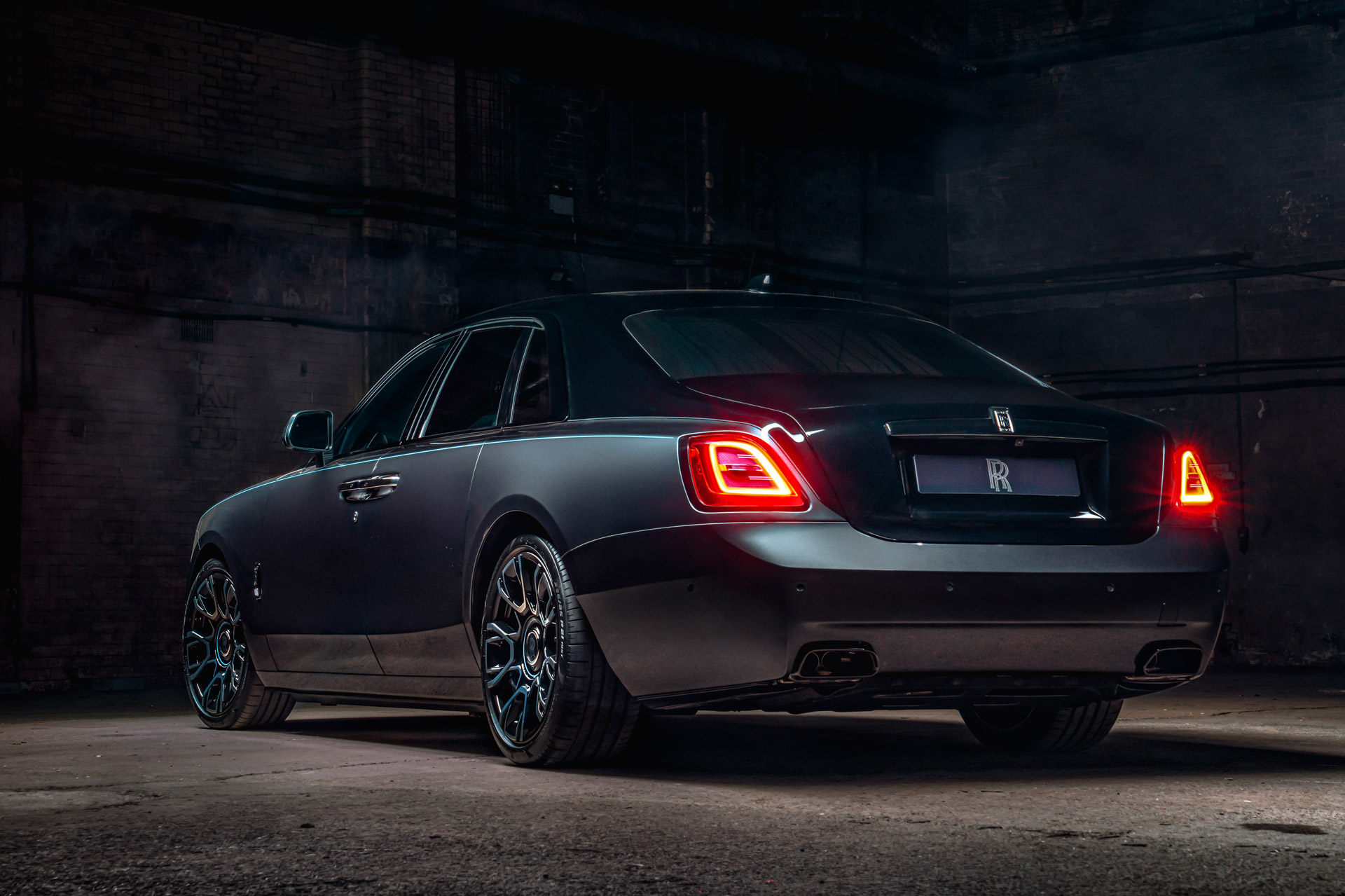 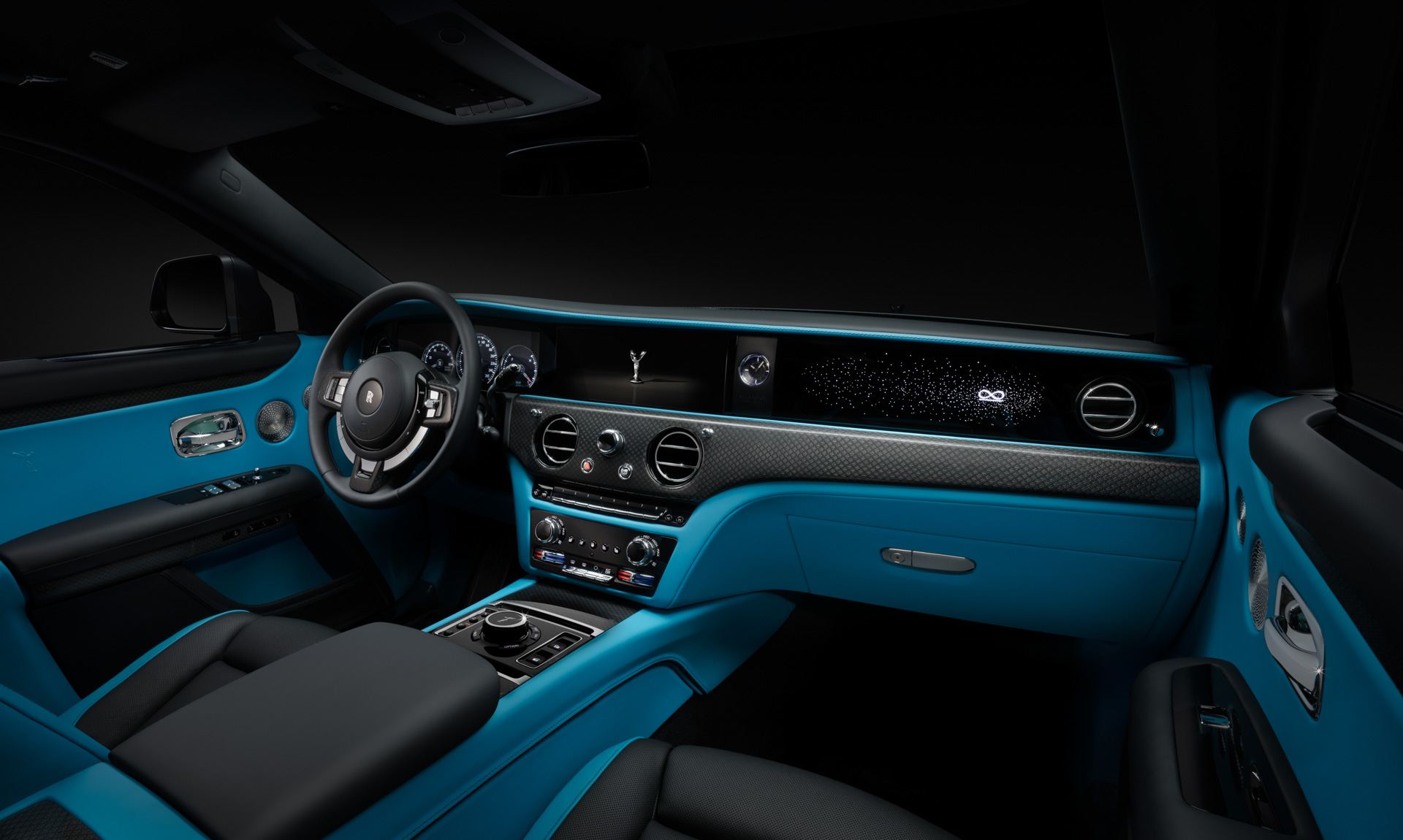 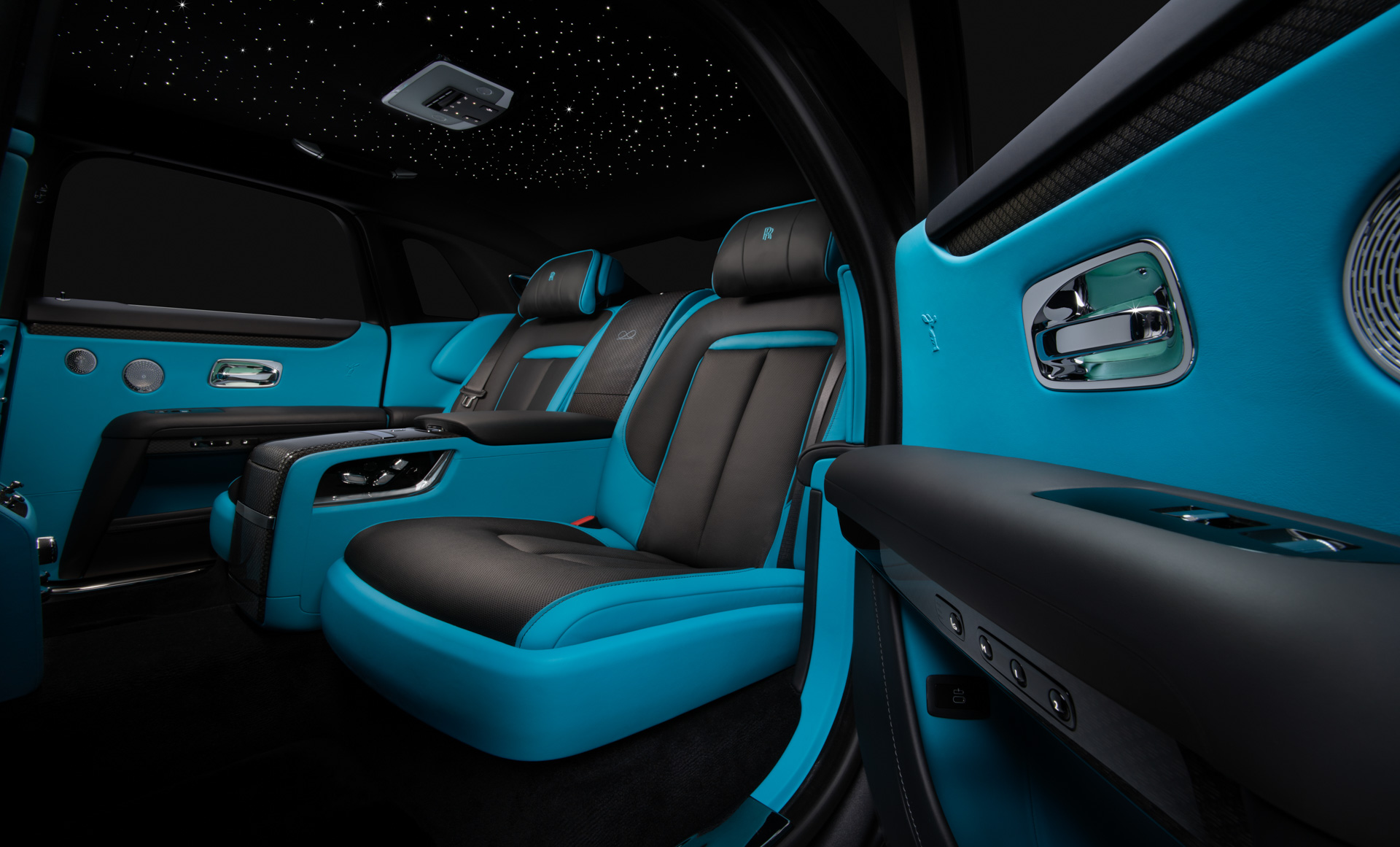 After considerable internal debate, Rolls-Royce announced that it would create an officially sanctioned response to a new kind of client: a permanent Bespoke treatment to its motor cars named Black Badge. These products, which were launched in 2016, would be darker in aesthetic, more urgent in personality and dramatic in material treatment,” said Torsten Müller-Ötvös, Chief Executive Officer, Rolls-Royce Motor Cars.