Limited to just 85-units worldwide that have already been sold, the Aston Martin Valkyrie Spider is the company’s fastest and most extreme open top vehicle yet. It’s fully street legal and powered by a hybrid powertrain that consists of a 1000 hp 6.5L V12 as well as a 160 hp electric motor for a combined output of 1134 hp.

Aside from its ultra-lightweight construction and high downforce aerodynamics package, the Valkyrie’s upper body surfaces of the teardrop-shaped cockpit as well as lower tub contours follow the envelope of space available between the huge full-length Venturi tunnels that run either side of the cockpit floor. This means it’s capable of drawing huge quantities of air beneath the car to feed the rear diffuser, thus generating extraordinary levels of downforce (1400kg at 240km/h in track mode). 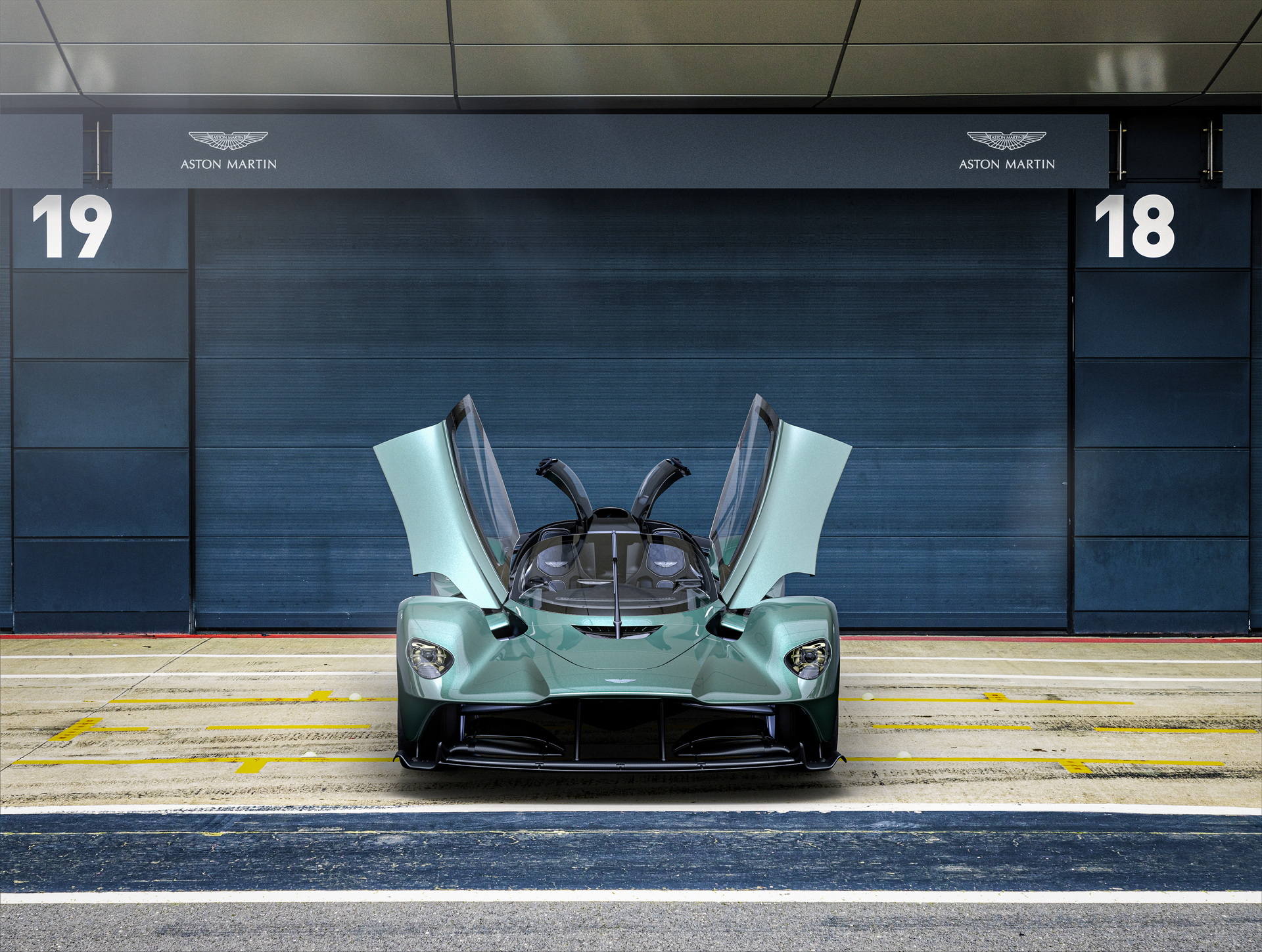 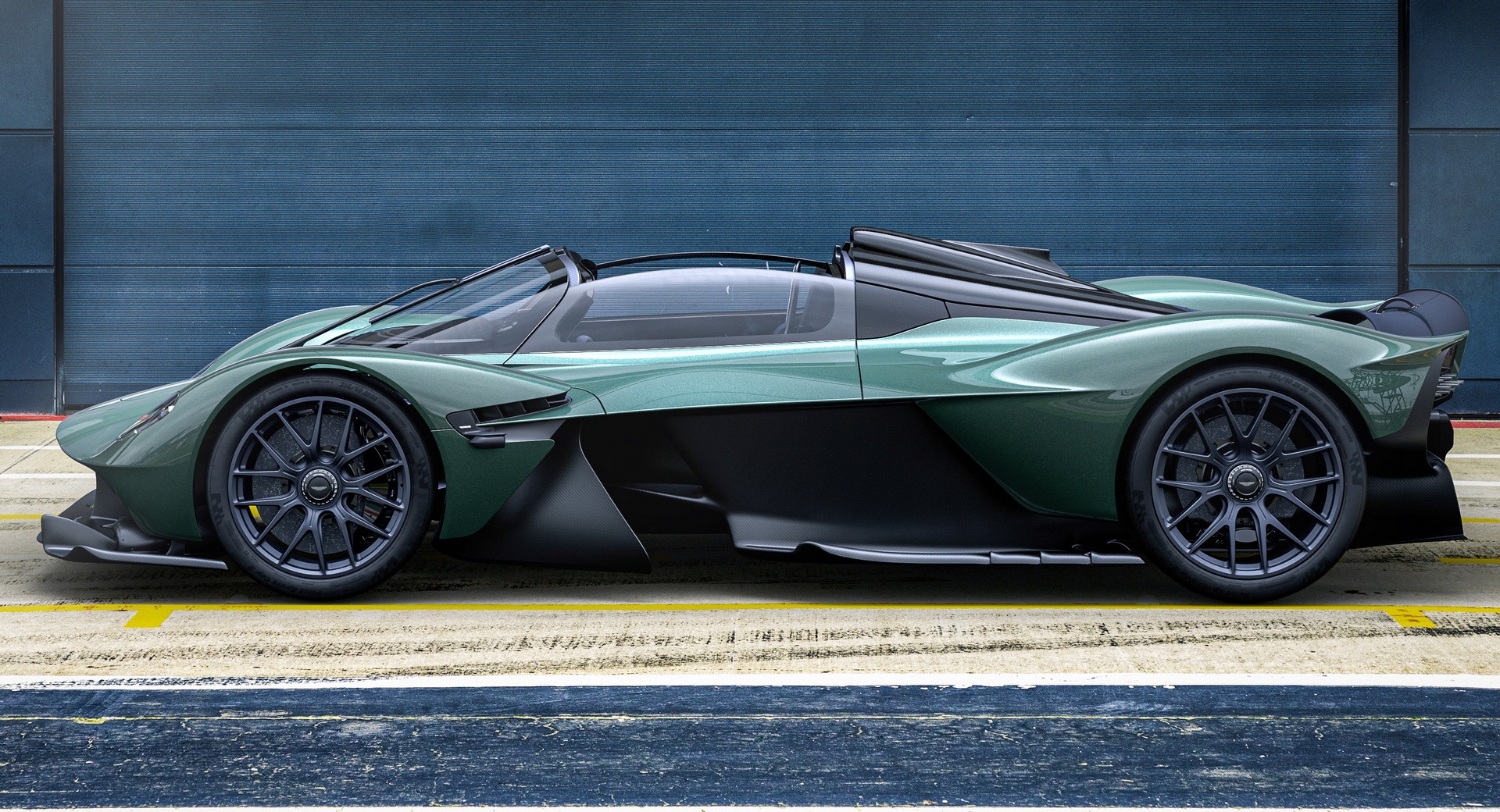 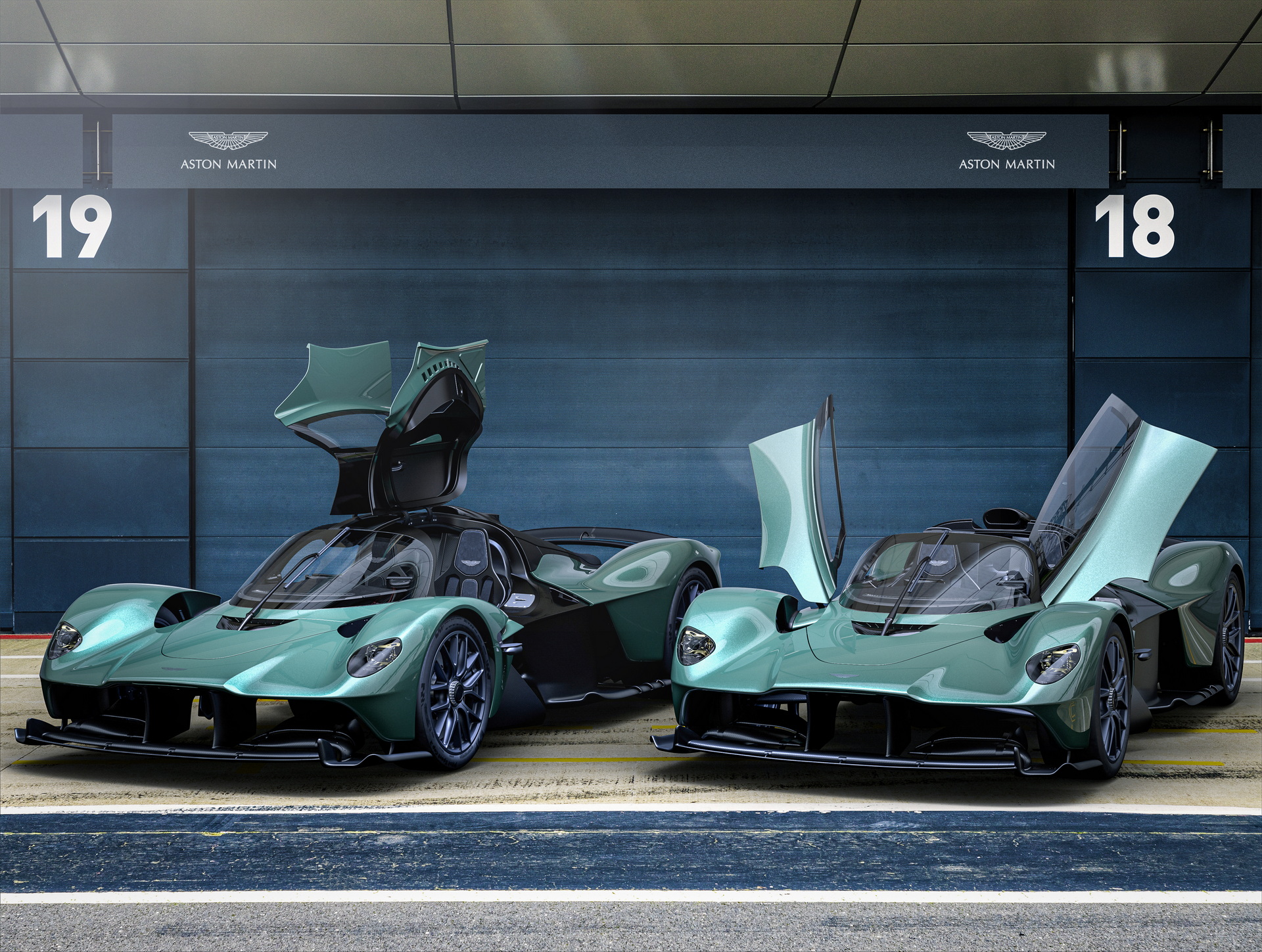 The Aston Martin Valkyrie is the product of incredible innovation and technology, but above all it has always been about emotion. With the Valkyrie Spider we are taking that passion and emotion to the next level. The driving experience promises to be truly sensational. The sound of that 6.5-litre V12 engine revving to over 11,000rpm with the roof removed is something I cannot wait to hear,” said Tobias Moers, Aston Martin Chief Executive Officer.