First introduced nearly 13-years ago, the Gemballa Mirage GT is a mid-engine supercar based on the Porsche Carrera GT. Despite looking vastly different, the only performance modifications are a quad-pipe stainless steel exhaust system, ram-air intake system, and remapped ECU that boosts output to 670 hp, or to be more specific, 58 hp more than the factory Carrera GT. This one-of-a-kind specimen is headed to auction at RM Sotheby’s with 4,038 miles on the odometer, with an expected selling price between €775,000 – €875,000 ($861,505 – $972,667). 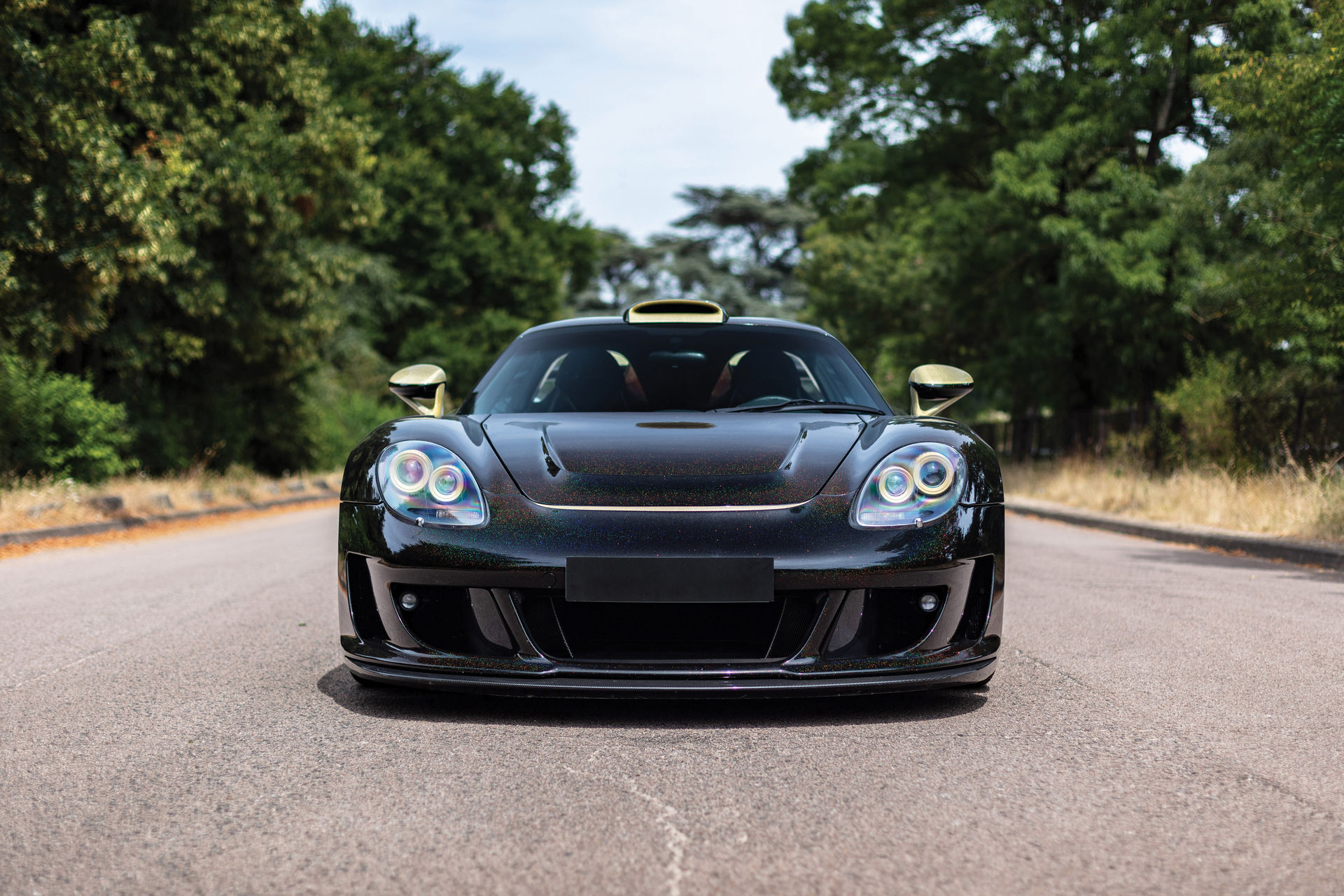 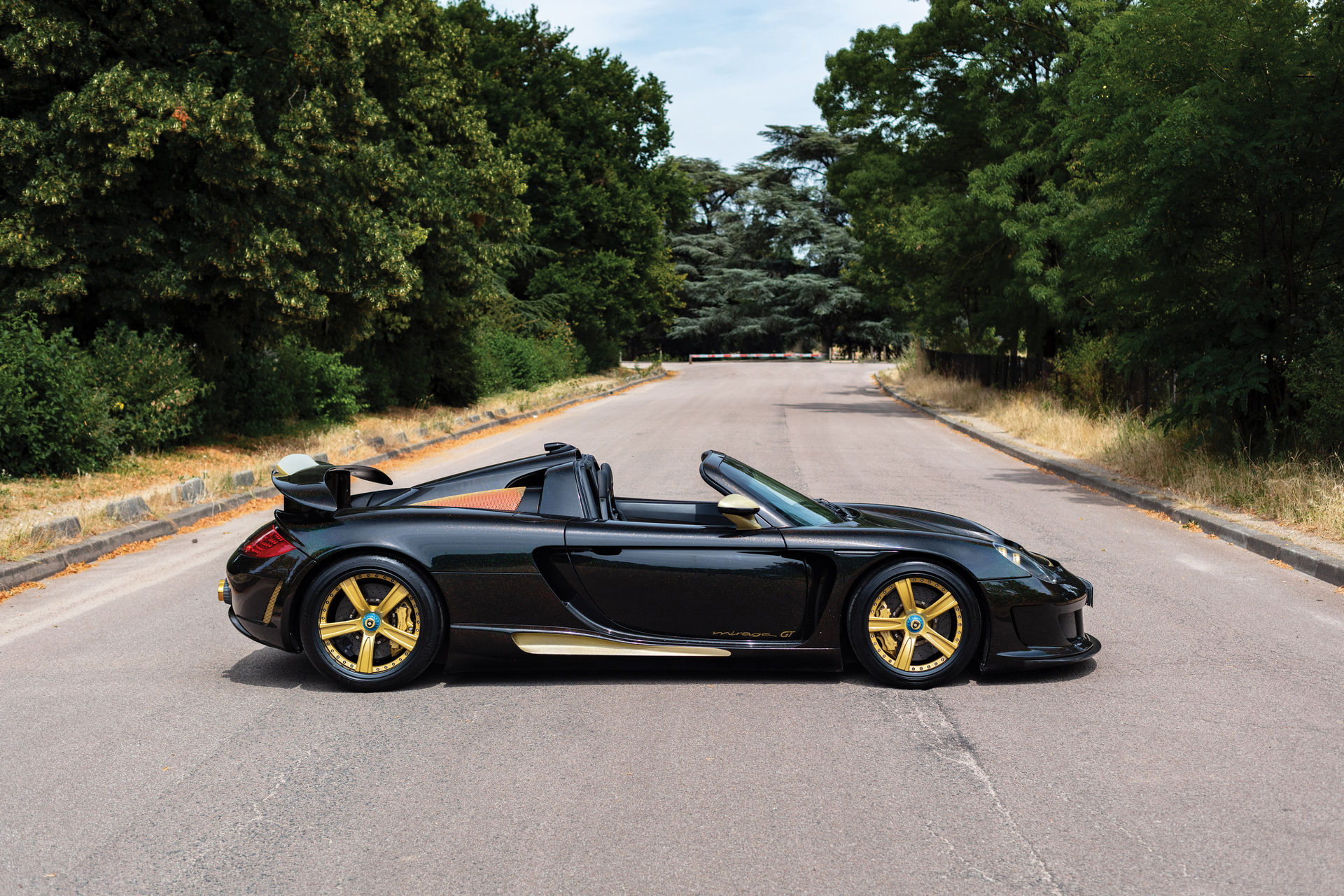 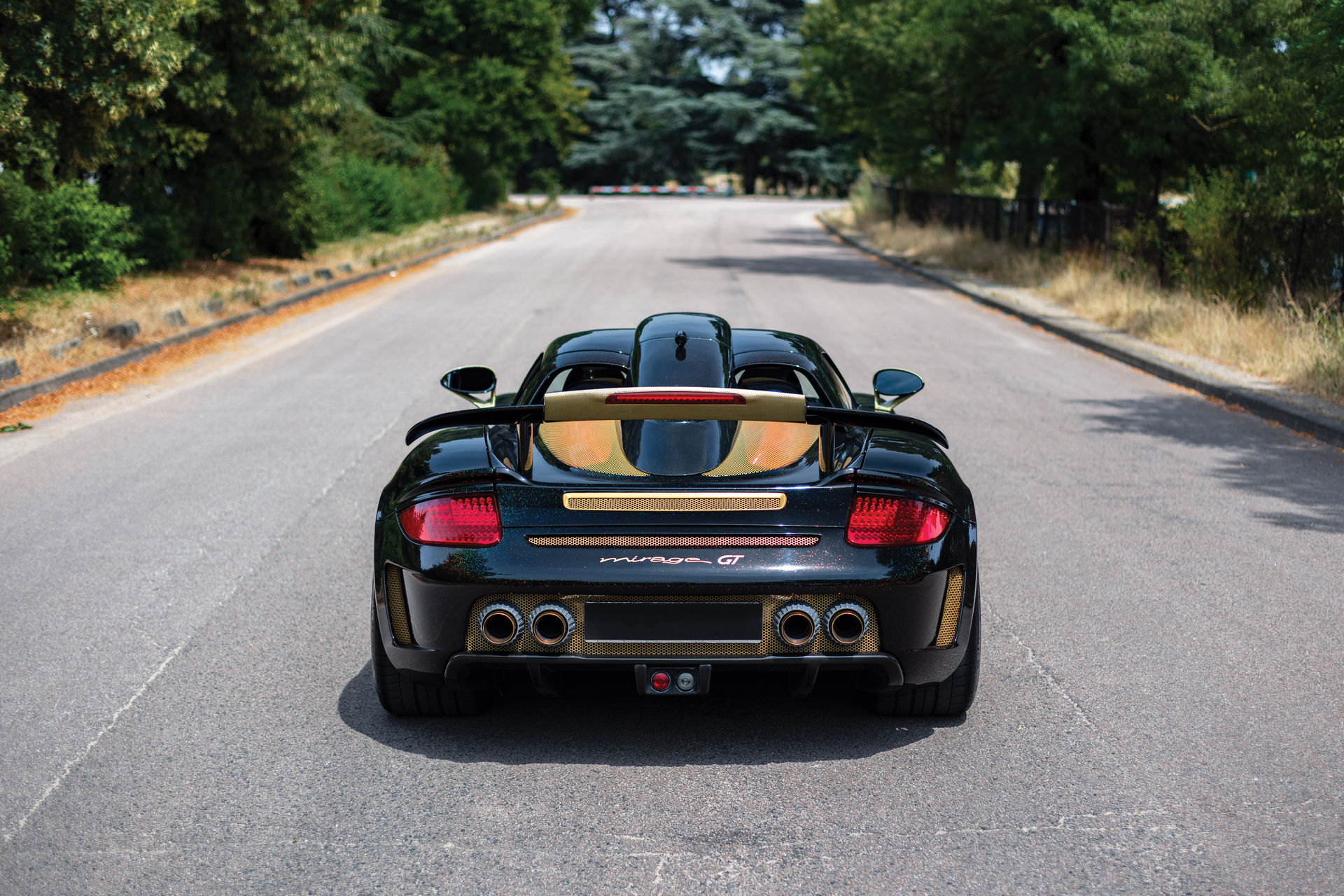 Only 25 examples of the Gemballa Mirage GT were built over its production run, but unlike the others, this Gold Edition has been covered in black paint laden with rainbow-colored flakes, along with various other gold carbon fiber parts, including special edition wheels as well as the gold mesh above the engine bay. 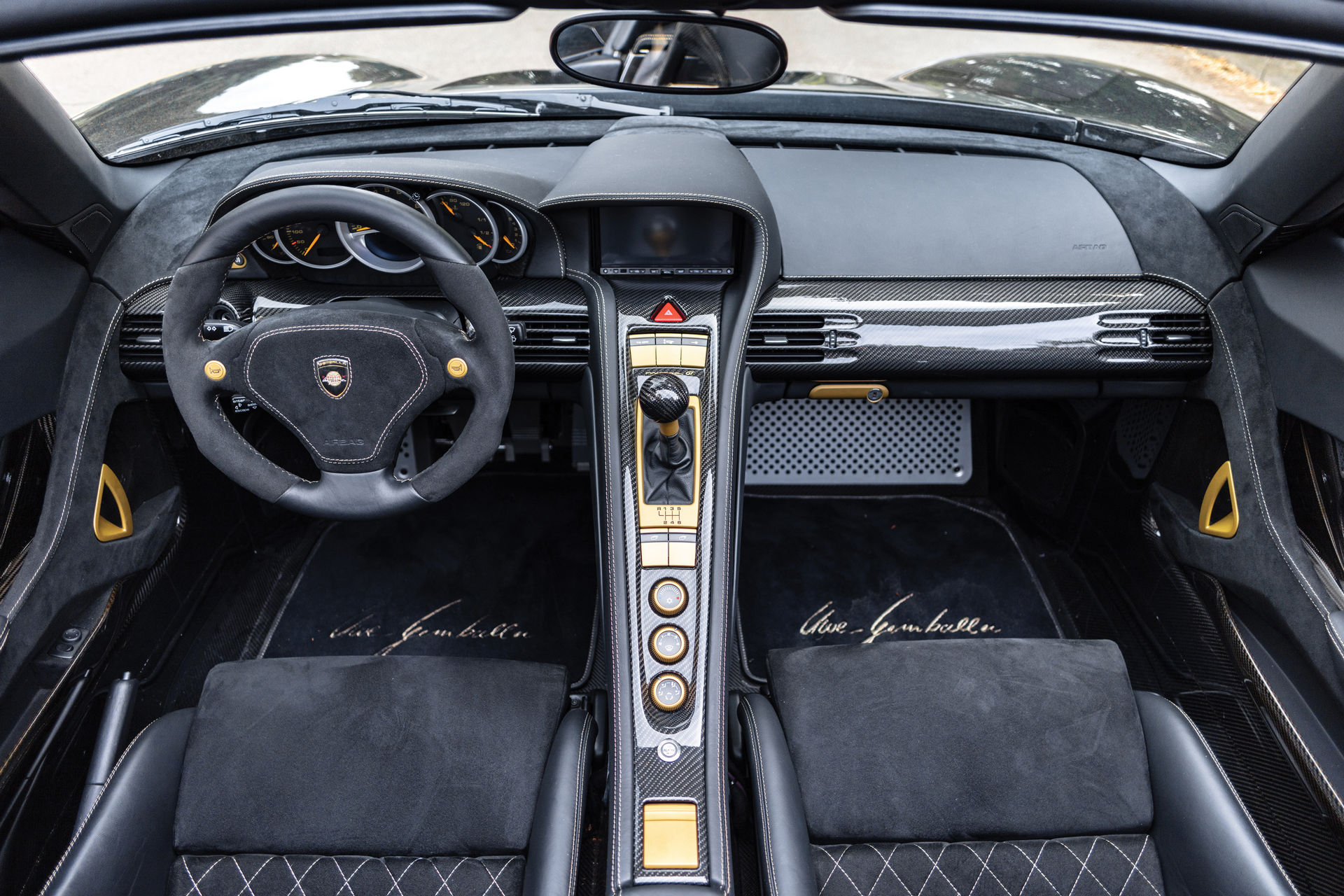 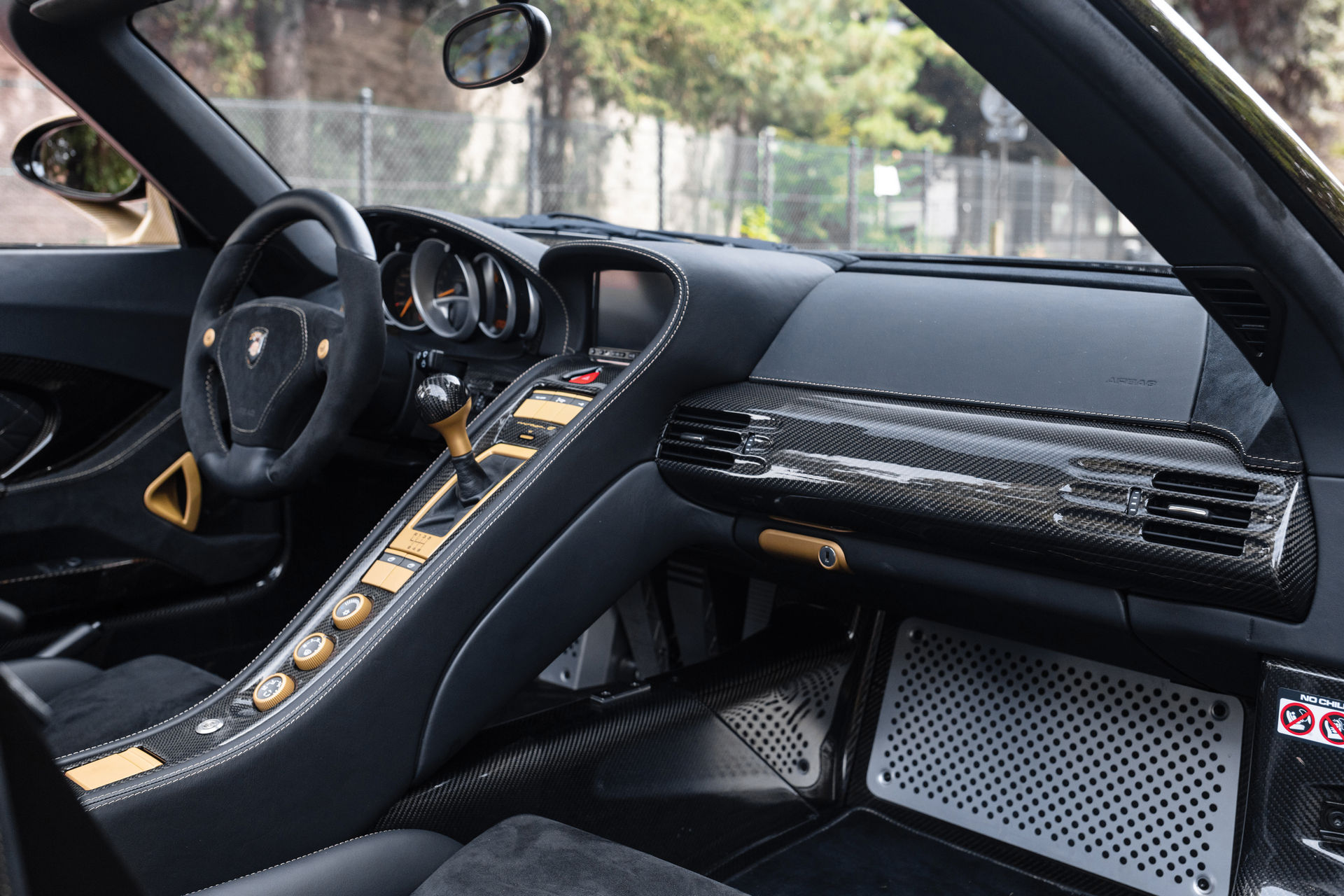 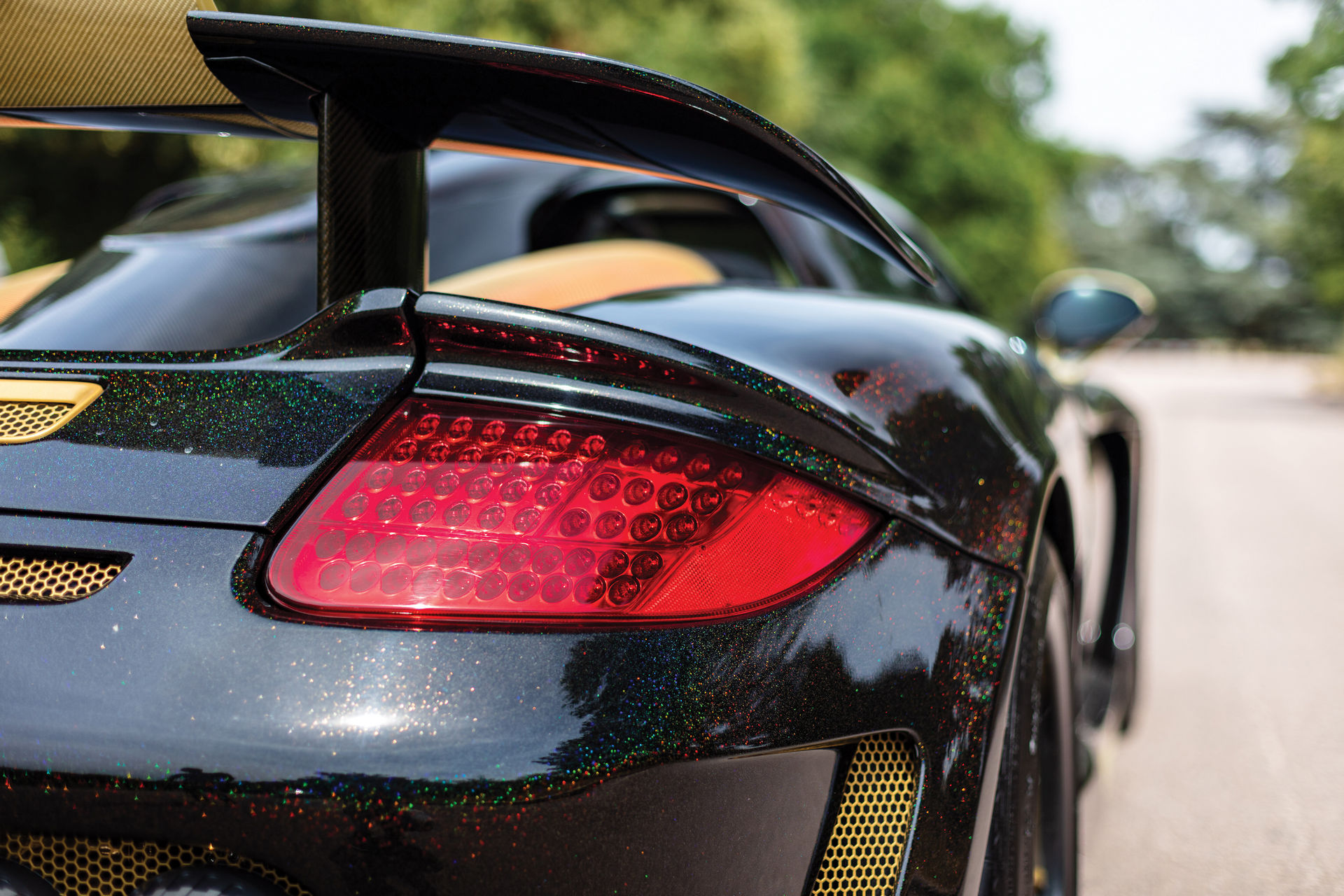 Inside this #7 / 25 Mirage GT, there are numerous leather-wrapped parts, carbon fiber accents, gold trim, and an Alcantara trimmed steering wheel.