Photo credit: Rex Sowards
Back in 1989, Apple released the Macintosh Portable, but it wasn’t exactly something you could fit in a pocket or even a standard backpack for that matter, as it weighed 16-pounds. Unfortunately (or fortunately), it was discontinued after 2-years, possibly due to its $16,790 USD price tag (adjusted for inflation). Industrial designer Rex Sowards wanted to change that with the Macintosh Pocket. 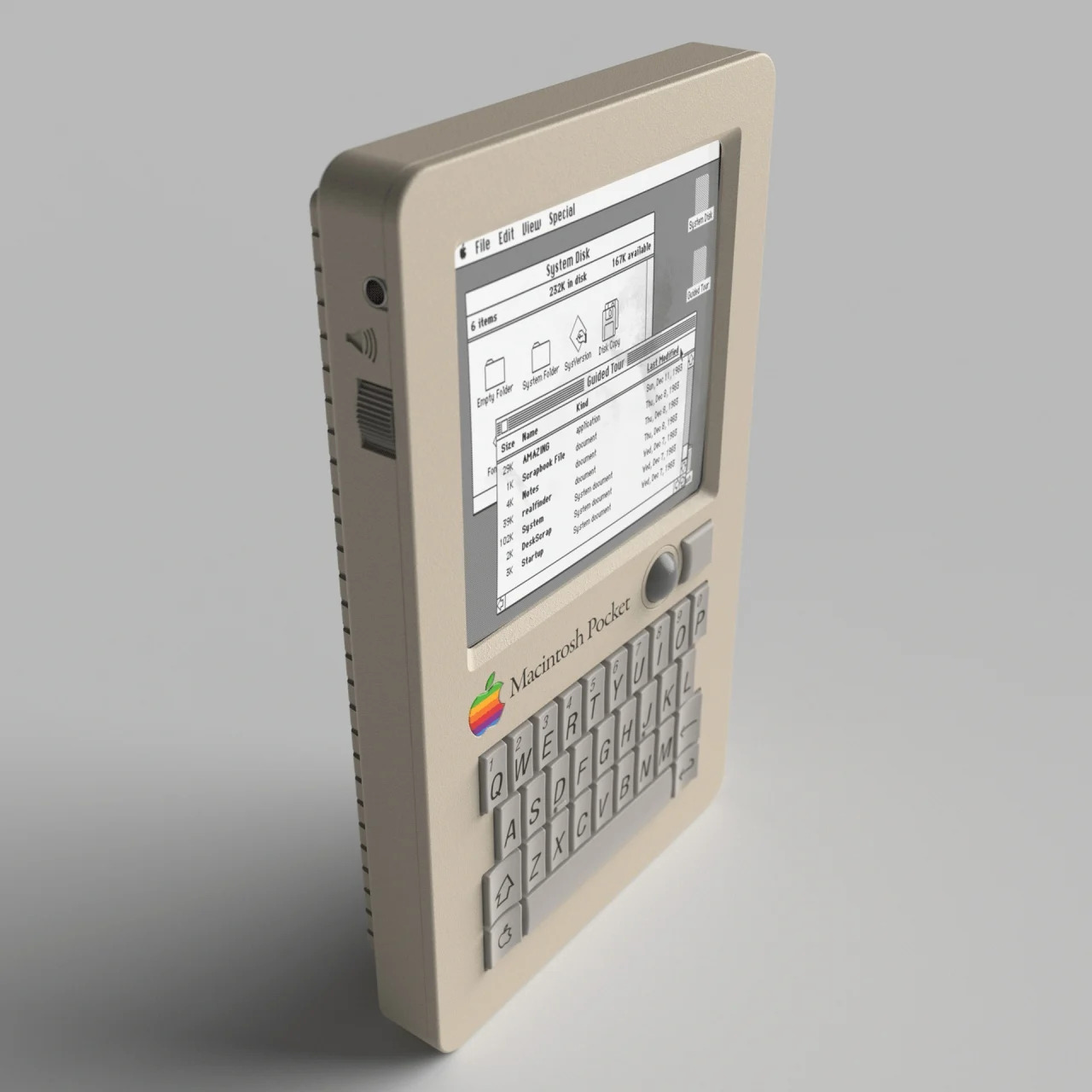 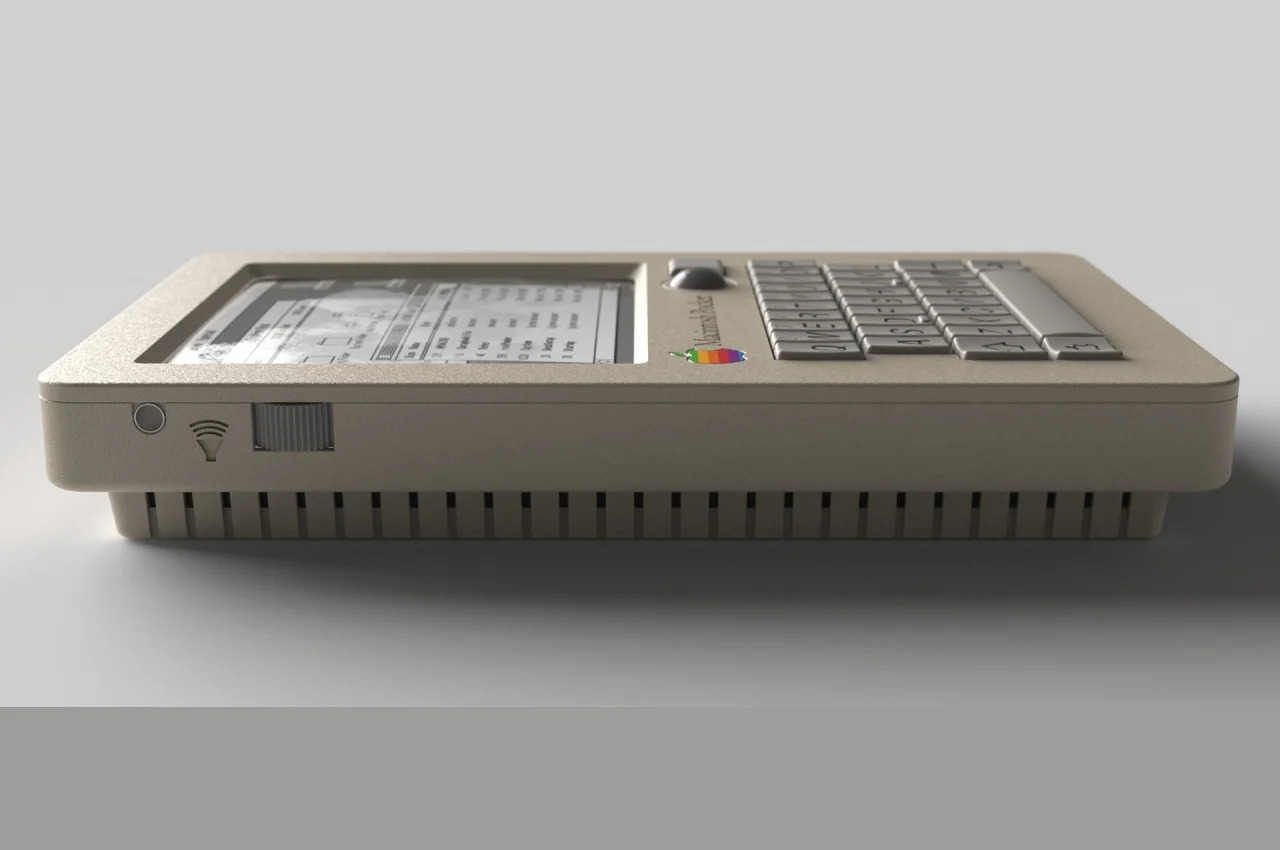 Think of the Macintosh Pocket as a Nintendo Game Boy-sized computer that possibly runs a custom version of iOS or OS X, depending on how powerful its hardware is. There’s a full QWERTY keypad and a small trackball up top with a single button. On the left side, you’ll find a volume rocker and what appears to be a standard 3.5mm headphone jack. Flip the battery cover down at the rear, and there’s ports to connect an external keyboard, computer mouse, etc. 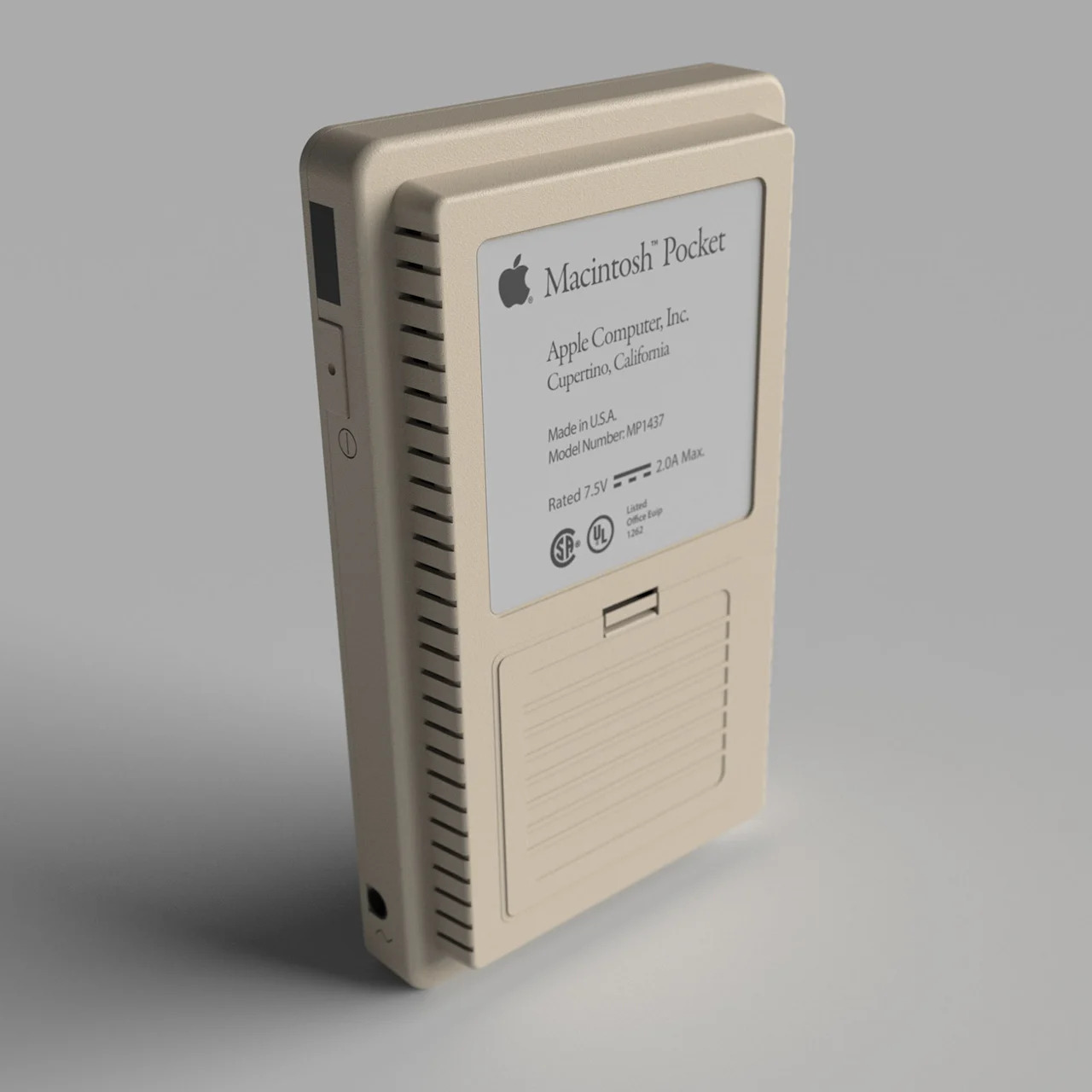 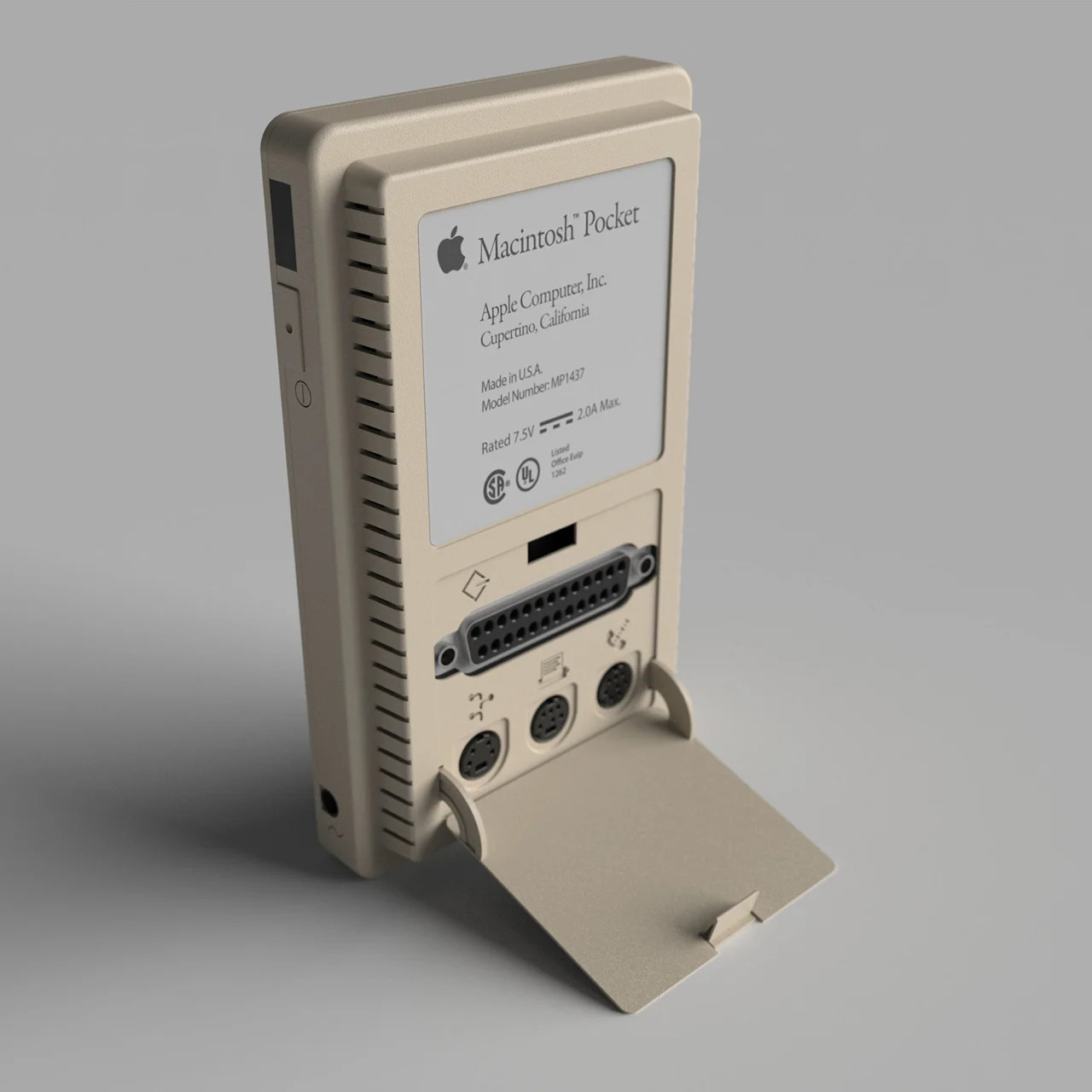