A drag race is nothing new, but this might be the first one where a Mercedes-AMG GLE 63 S takes on the Aston Martin DBX. The former is powered by a hand-assembled V8 engine making 563 hp and lb-ft of torque, which means it’s a luxury SUV not to be messed with. 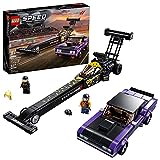