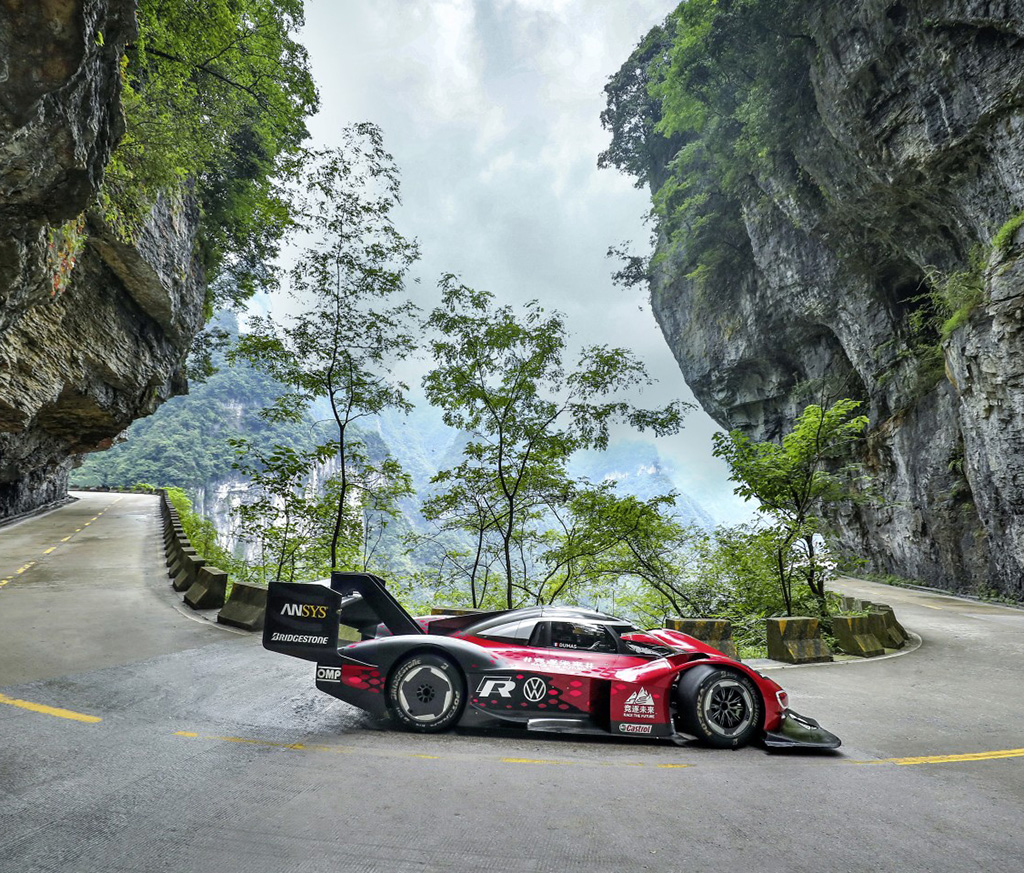 Volkswagen has set a new record at China’s 99 turns leading up to Heaven’s Gate, thanks to Pikes Peak driver Romain Dumas behind the wheel of the ID.R who traversed the dangerous road in a mere 7 minutes, 38.585 seconds. This fully electric prototype vehicle was designed as part of Volkswagen’s I.D. Project, and is the first electric racing car designed by the company.

It’s powered by two electric motors, located at each axle, which generate a combined 680 hp and 479 lb⋅ft of torque, all in a package that weighs under 2,500 lb. All of this power in such a light vehicle means it can accelerate from 0 to 60 mph in a mere 2.25 seconds. How is this possible? The chassis of the car was co-developed by Norma, a France-based sports prototype and hillclimb shop. If you happen to visit the Tianmen Mountain Big Gate Road, there are paths built along the cliff face at the top of the mountain, including sections with glass floors.