According to the US Geological Survey (USGS), a 7.0 magnitude earthquake struck approximately 11-miles north-east of the resort of Acapulco, Guerrero, in the early hours of Wednesday, and some mysterious lights as well over Mexico City.

This phenomenon is nothing other-worldly, but rather can be viewed in the vicinity of the place where tectonic activity is recorded. One caveat: it’s reported in less than 0.5% of seismic movements. However, scientists and researchers have yet to provide a valid explanation about its origins. Some theorize that these mysterious lights could just be ionized atoms floating near the Earth’s surface. 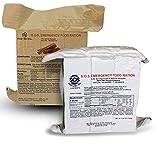 We heard loud noise from the building, noise from the windows, things fell inside the house, the power went out. We heard leaking water, the water went out of the pool and you heard people screaming, very nervous people,” said Sergio Flores, an Acapulco resident, to AP.