Photo credit: Shane Baxley
Ferrari’s ultra sleek SF90 Stradale (Type F173), a mid-engine PHEV (Plug-in Hybrid Electric Vehicle) supercar, may be its latest and greatest, but the sky is the limit when it comes to their electrified ambitions. Introducing Shane Baxley’s Ferrari F413, an all-electric hypercar with just a single seat. 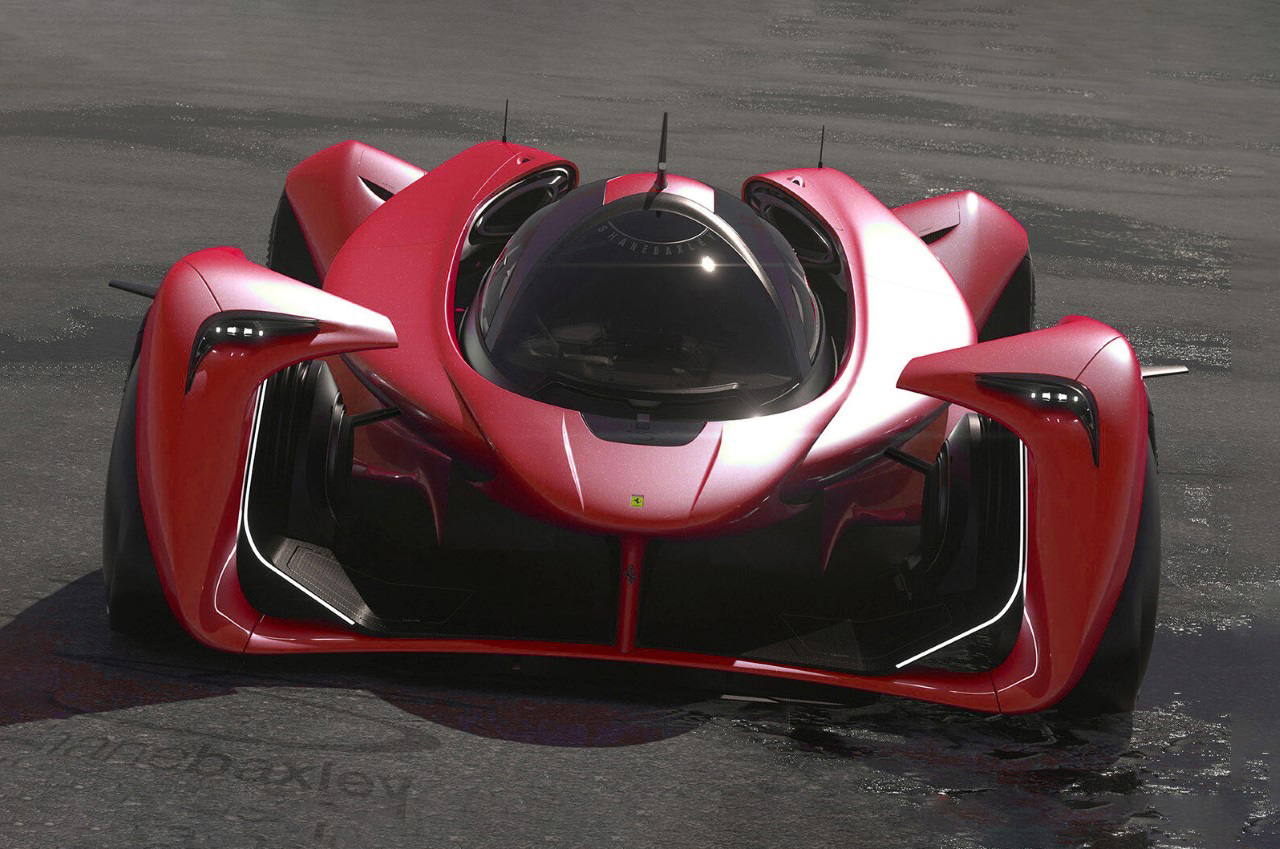 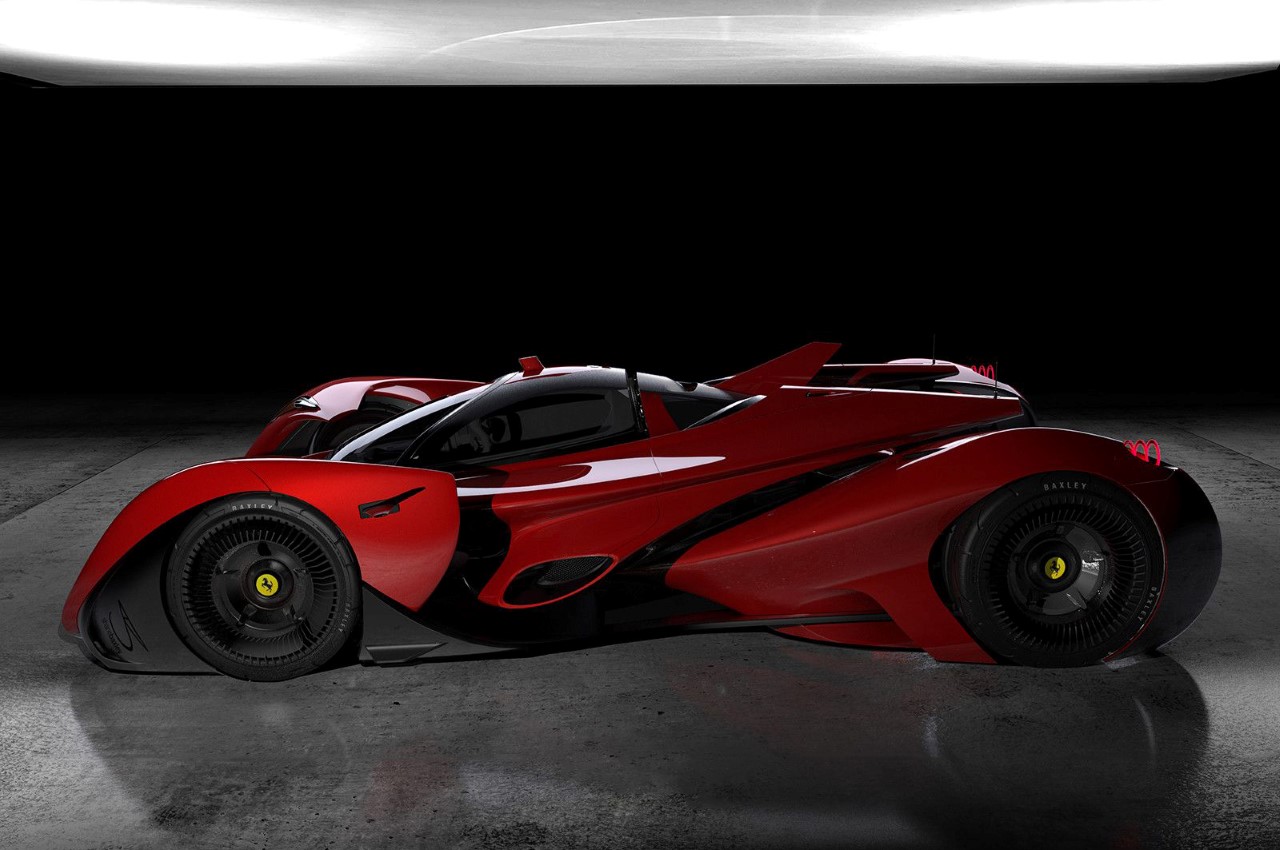 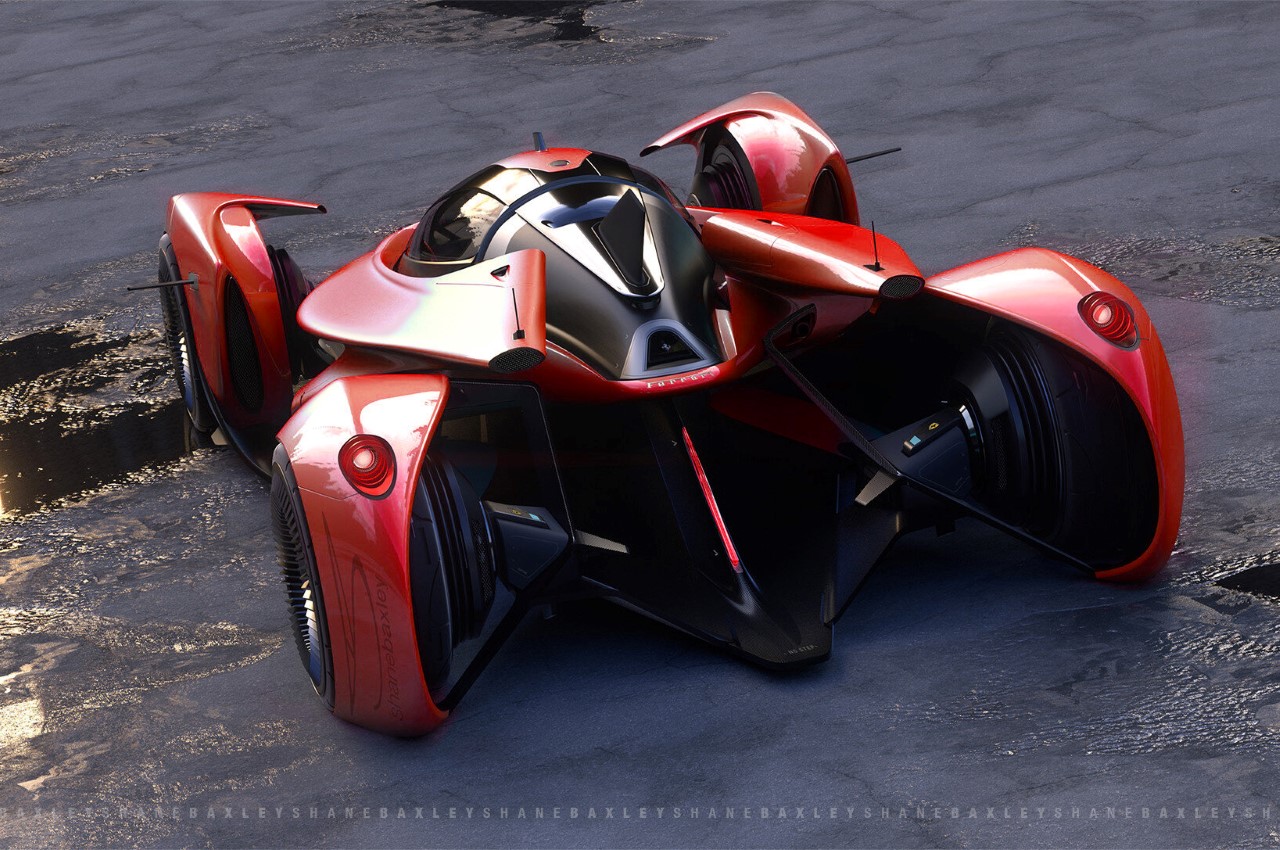 The F413’s powerplant specifications have not been revealed, but for comparison, the SF90 Stradale boasts three electric motors that generate 217 hp, paired with a twin-turbocharged V8 engine rated at 769 hp, which gives it a combined output of 986 hp. So, it’s safe to say that this electric hypercar would at least achieve 986 hp, and most likely exceed 1000+ hp. Step inside, and you’ll find just a racing seat, an F1-inspired steering wheel as well as a heads up display that shows speed, etc. 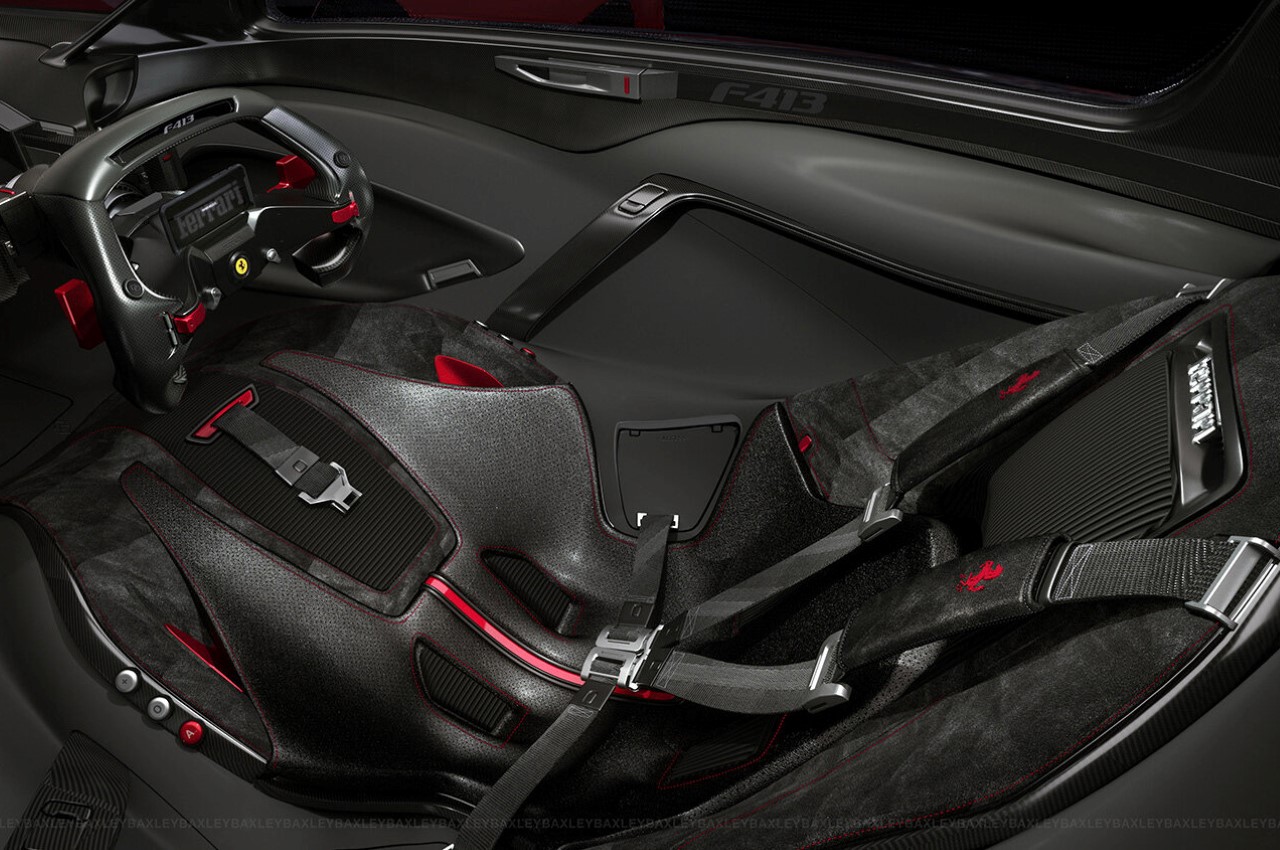 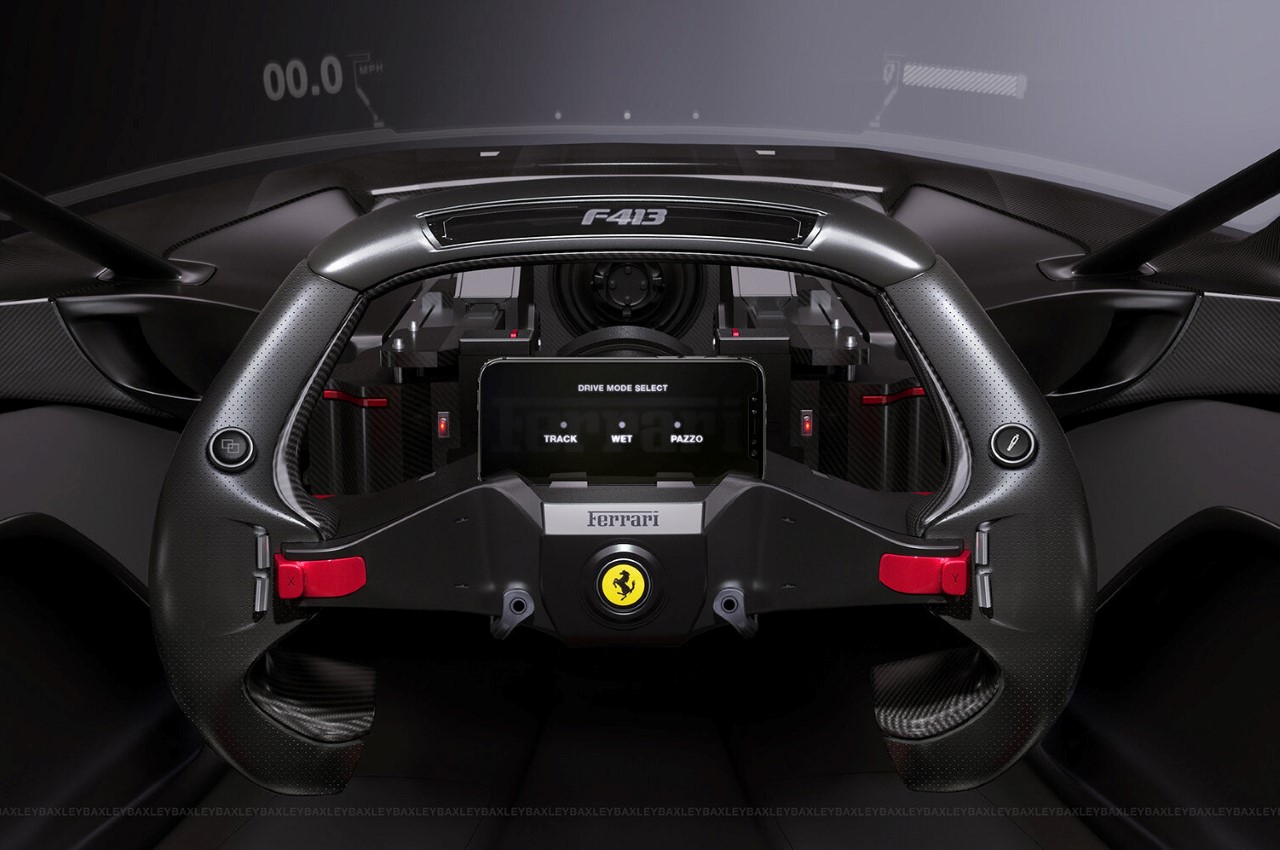 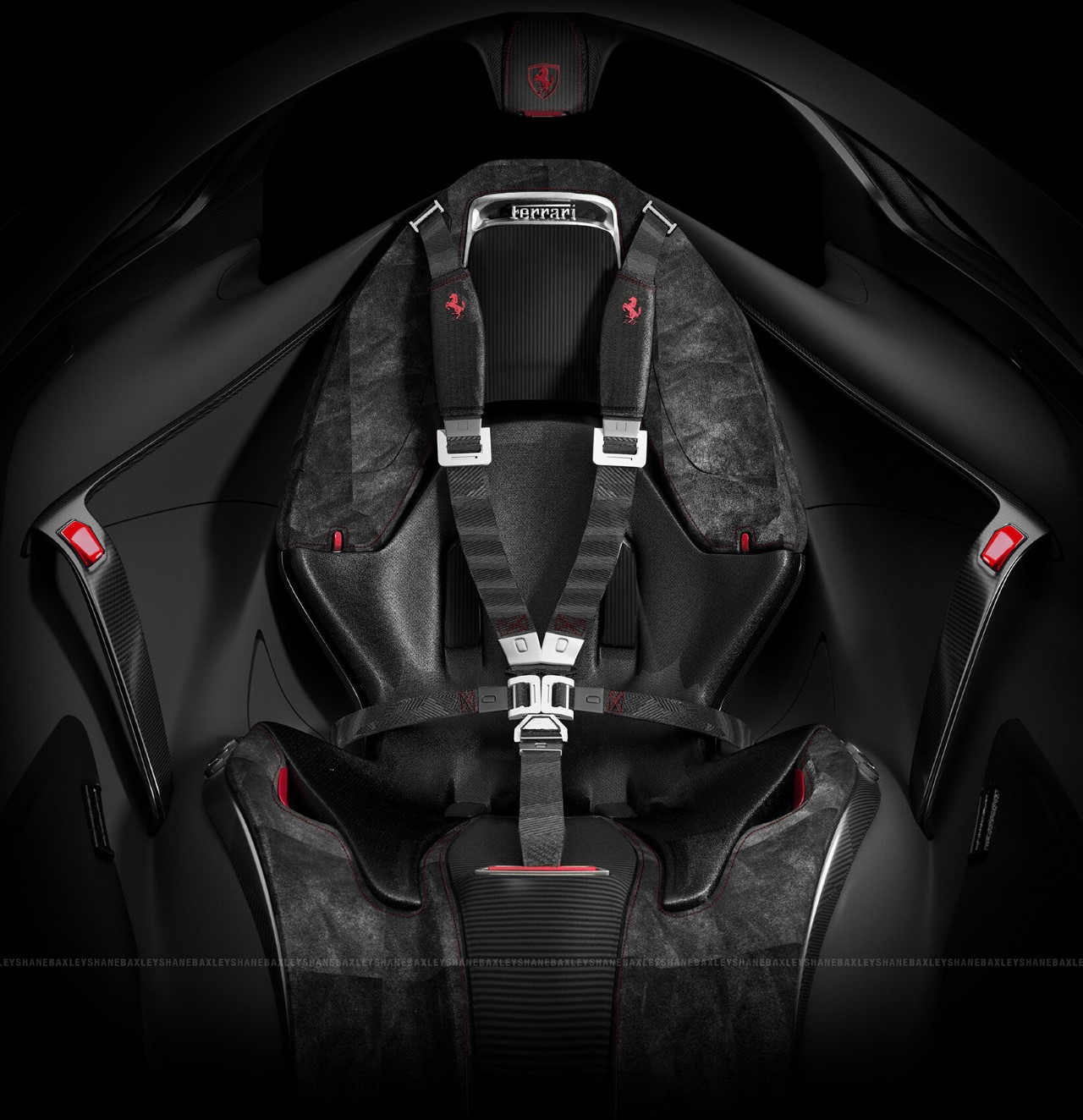