Ken Block’s Gymkhana 2022 may not feature the professional rally driver, but it does involve one of his best friends, Travis Pastrana. In this year’s installment, the rallycross star goes crazy in a modified 1983 Subaru GL wagon, better known as ‘Subaru Family Huckster’, powered by a turbocharged 2.3L 4-cylinder engine making 862 hp, mated to a sequential transmission sending power to all wheels.

A touch of carbon fiber was added to pretty much everything, including roof racks and 80s rear window louvers, while a cassette player lets Pastrana jam to his favorite mix tapes. This means the Subaru Family Huckster is not only designed to fly, jump, slide and skim across water, but also hit 165 MPH racing fighter jets in South Florida. 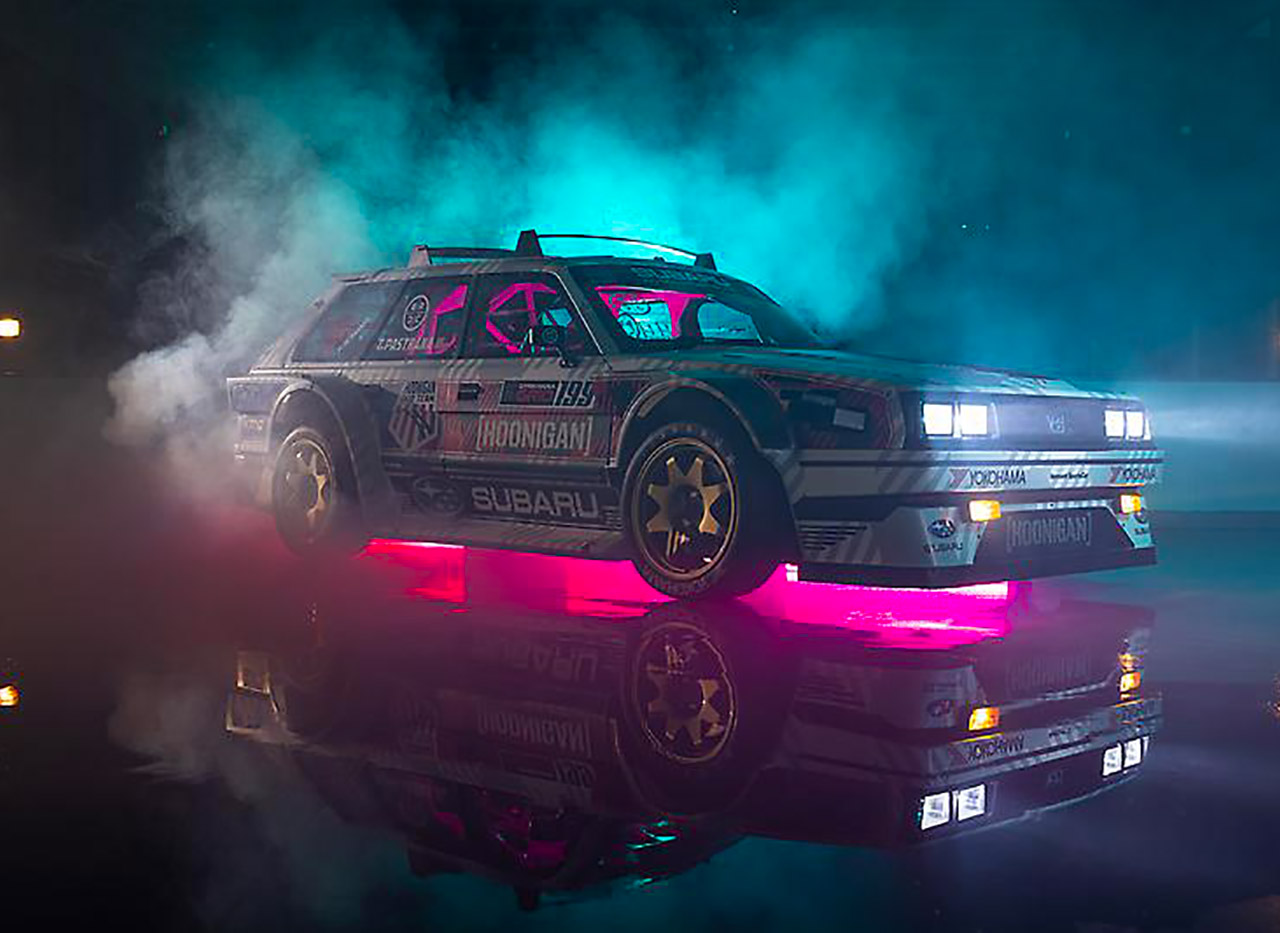 Making this Gymkhana video was even more fun that the last one, except for the part where I broke my pelvis base jumping! That delayed the shoot while I healed up but it was worth it. This Subaru wagon is the most fun car I have ever driven, and I’m addicted. This was great chance to be even more creative with the stunts and it was great to have some of my favorite people make some cameos. I hope everyone watching enjoys it as I did. And what a car, I really tried to break it, but it just kept going. This whole thing was so epic!,” said Travis Pastrana, Subaru Motorsports USA rally and rallycross star.