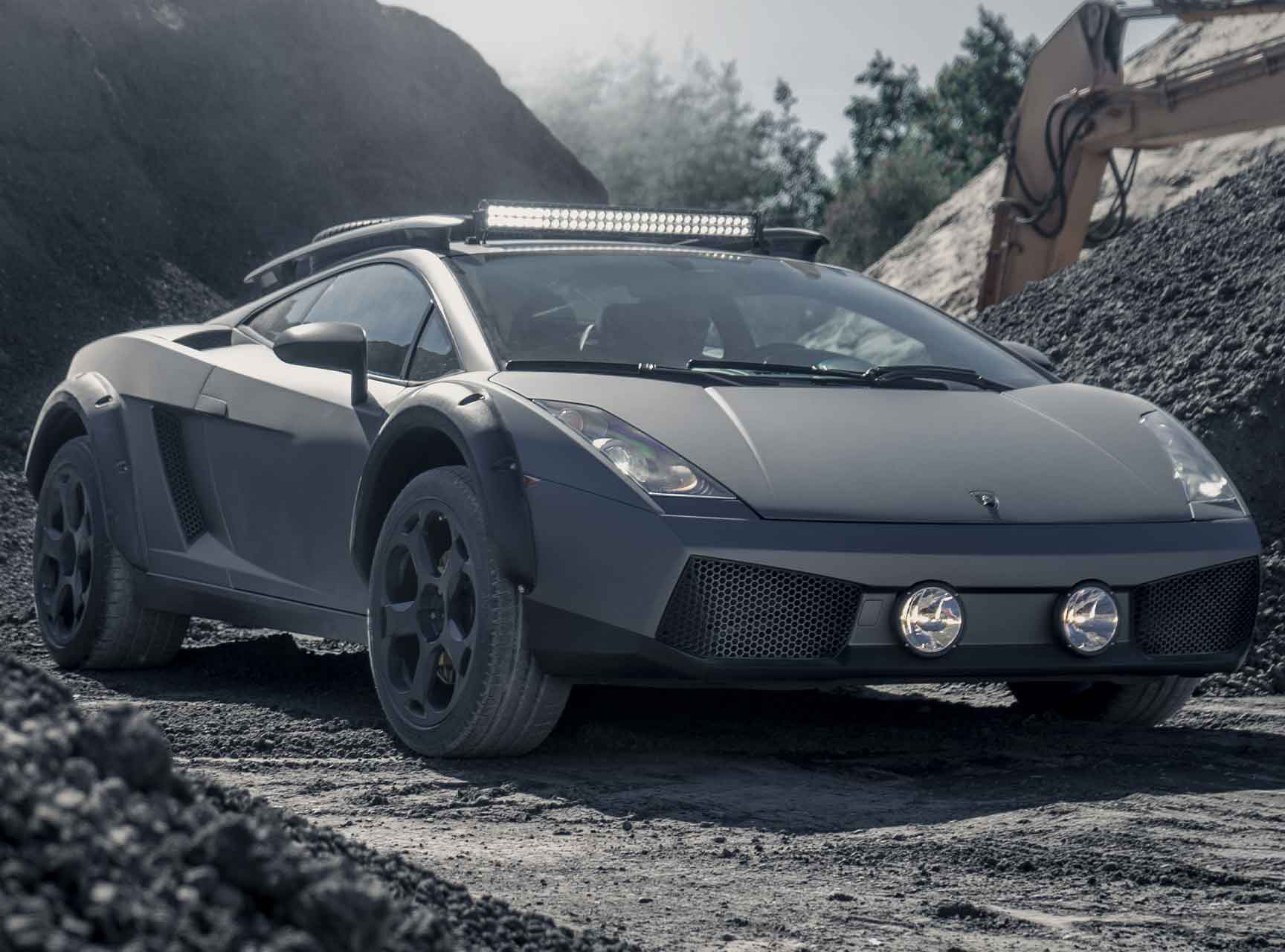 The Lamborghini Gallardo is the automaker’s best-selling model with 14,022 built throughout its production run from 2003-2013, and was named after a famous breed of fighting bull. On November 25, 2013, the final Gallardo was rolled off the production line and was eventually replaced by the Huracán in 2014. This 2004 model year has been custom-built by tuning shop Classic Youngtimers’ for offroad expeditions.

It still retains the 5.0 L 90-degree V10 engine generating 493 hp, mated to an E-Gear semi-automatic transmission, but refinished in a matte grey to help conceal some of the dirt you may kick up. Widened fender flares have been installed to accommodate the larger offroad tires, while suspension was lifted to give it more clearance. The roof rack comes equipped with an LED light bar and two rally-style lights can be found in a custom panel between the front air intakes. 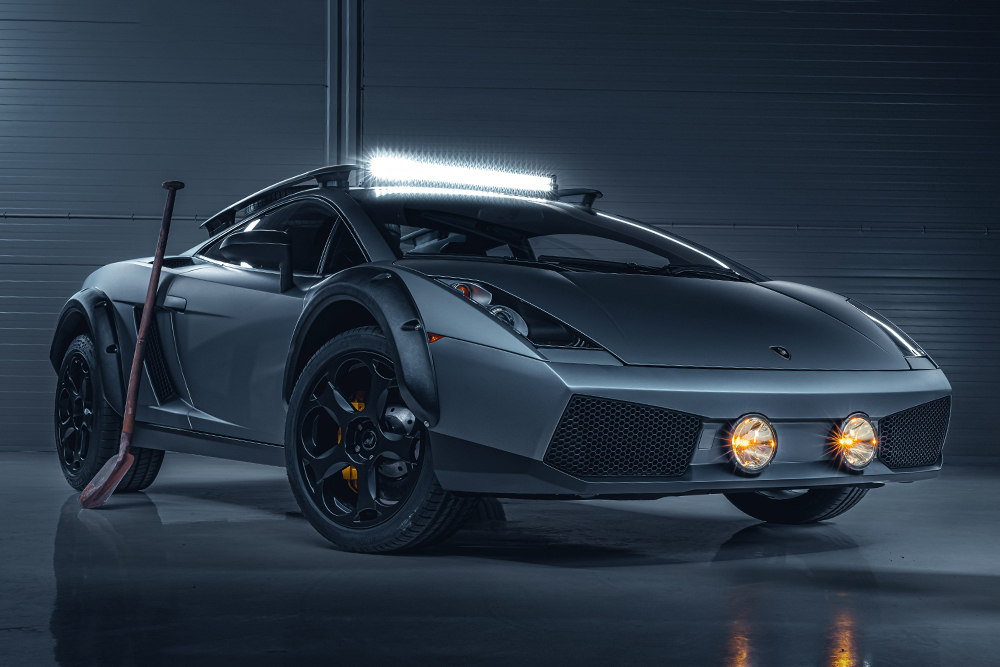 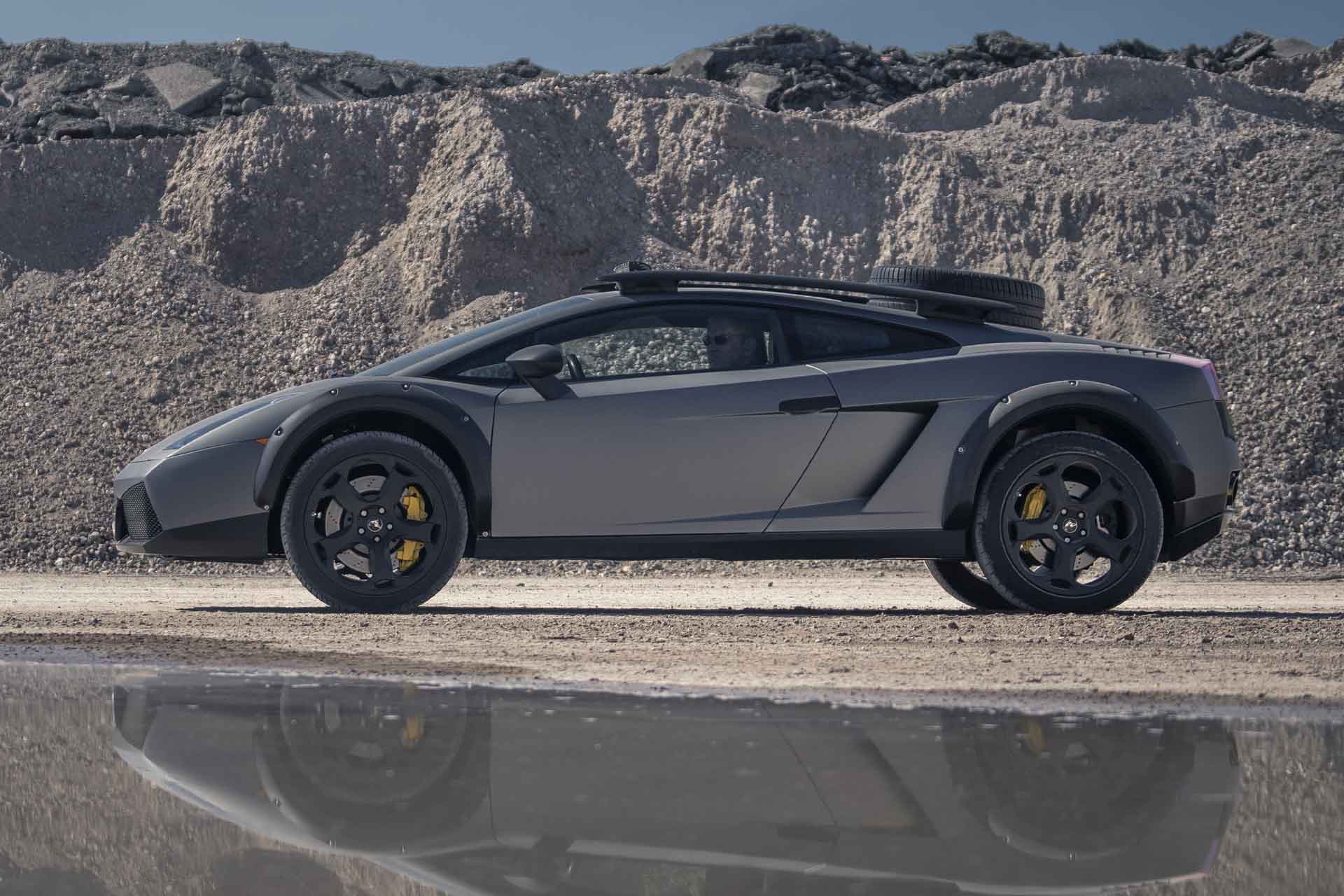 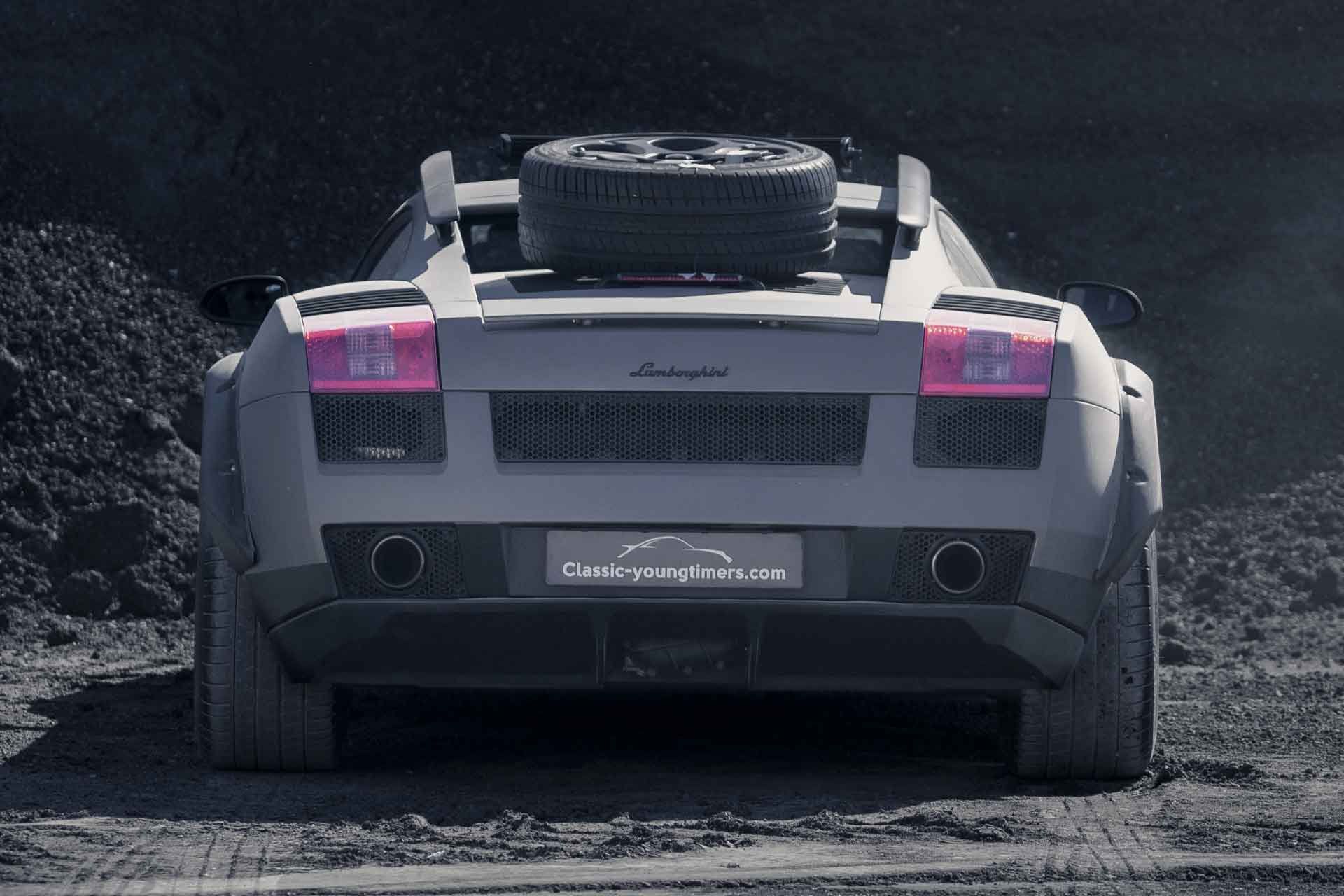 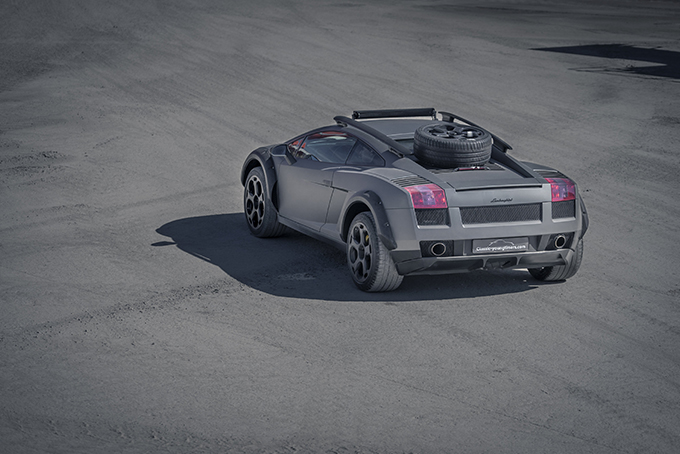 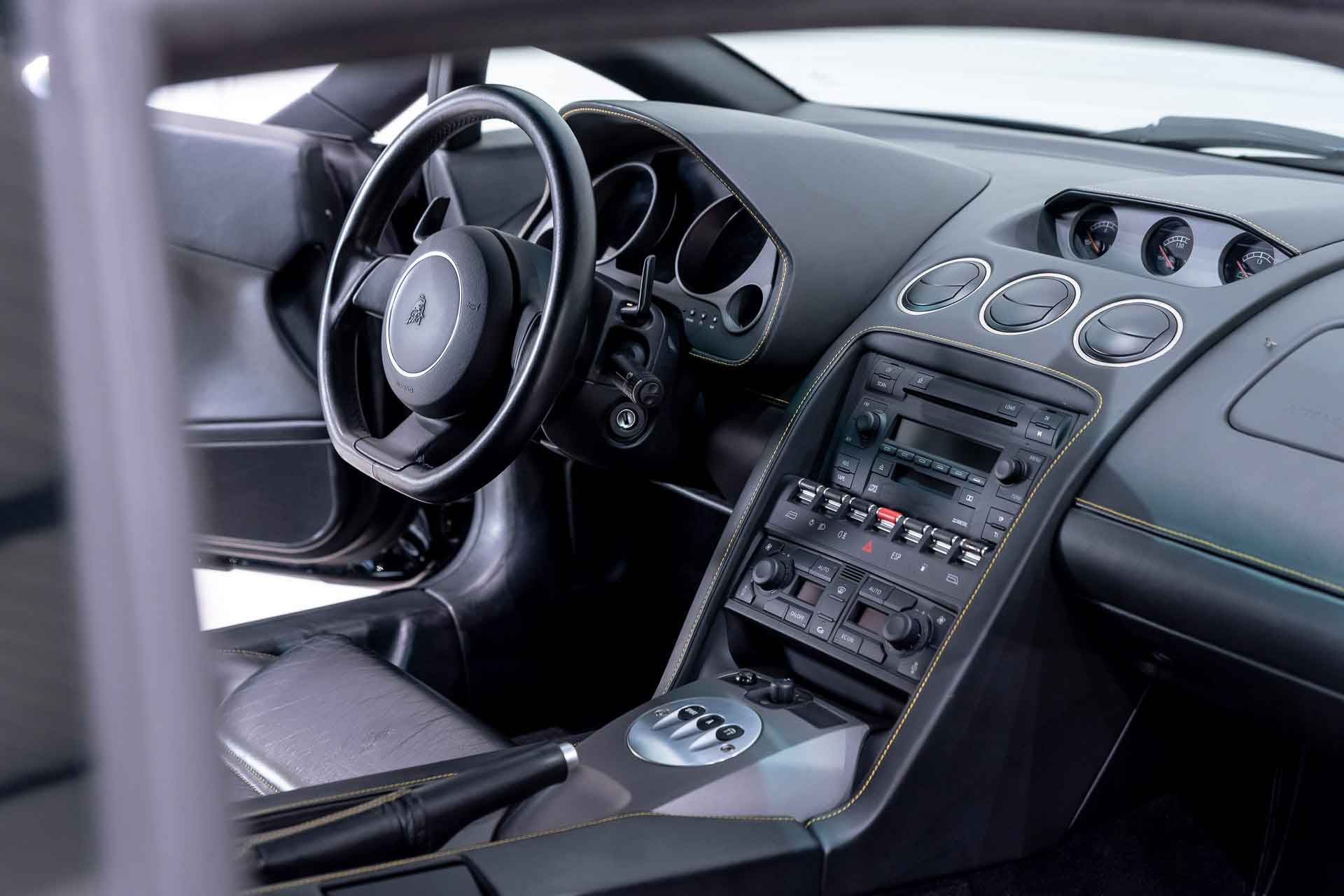 Despite being 15-years-old, the odometer clocks just under 27,000 miles, but all of these modifications will cost you, $127,000 to be exact. On a related note, did you know that the “E-gear” transmission enables the driver to change gears much faster than they could with a manual transmission? You shift up and down using paddles behind the steering wheel, but it can also be switched to automatic mode via the gear selector located in place of the gear shift lever.