A life-sized LEGO Ferrari F40 arrived at LEGOLAND California and made its debut at the theme park’s latest attraction, the LEGO Ferrari Build and Race, which opens on May 12, 2022. Comprised of over 358,000 parts, it took an entire team of designers and builders more than 1,800 hours to design as well as an additional 1,900 hours to construct.

It’s modeled after the real-life F40 Ferrari, and this LEGO version is very similar in size at 14-feet in length, 6-feet wide, while standing 4-feet tall. The LEGO Ferrari Build and Race will give future builders, drivers and enthusiasts a chance to sit inside the 3,000-pound F40 model, and of course take as many pictures as they want. You won’t need to pay an additional fee for this attraction, as it’s included in the price of admission. 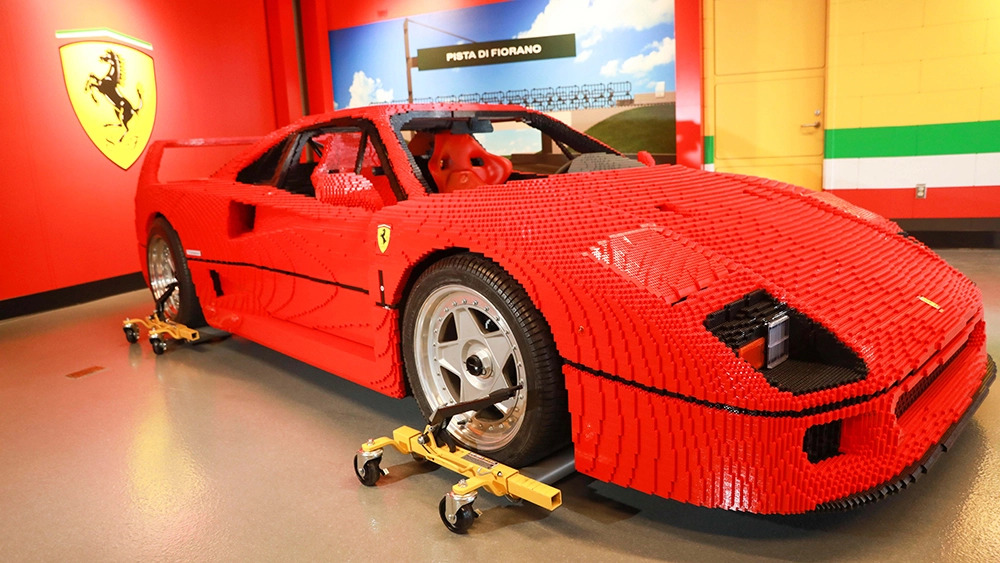 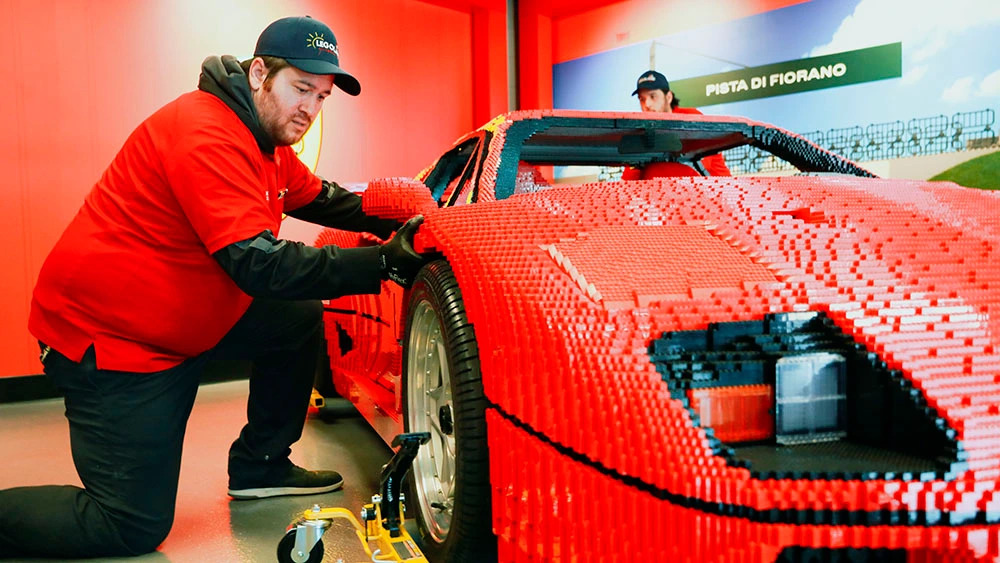 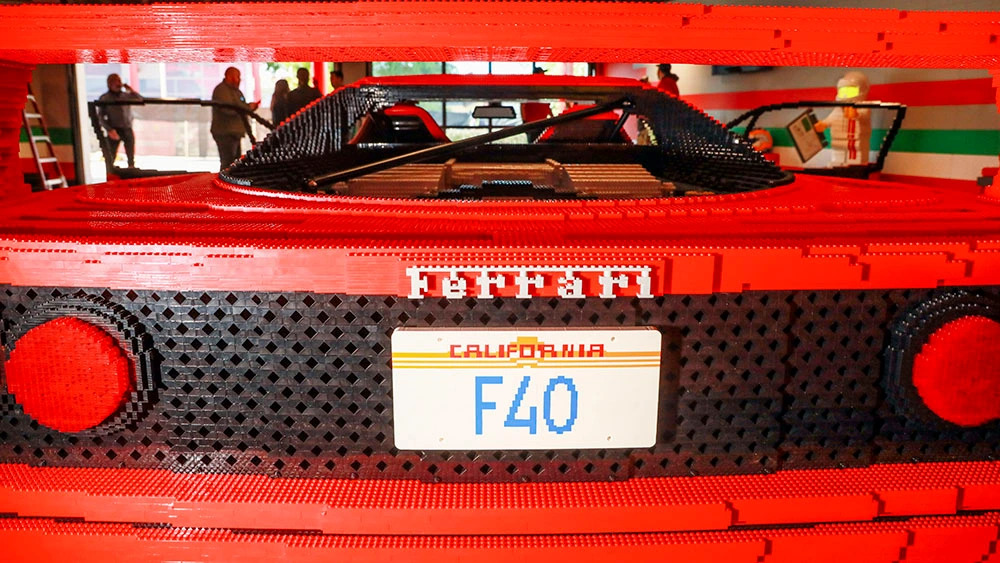 The garage is one of three interactive zones which also includes the build and test area, and digital racetrack for guests to digitally race their own LEGO Ferrari against other cars for the fastest lap. The new attraction places guests in the driver’s seat as they use their creativity and imagination to build, test and race,” said the company in a press release.