Its official, the Mercedes-AMG GT Black Series and GT 63 S 4MATIC+ are the new safety cars for the 2022 F1 season. One thing you might notice that is different from the past might be the lack of a light bar on the roof, and that’s because the signaling has been moved to the upper area of the windscreen, while the rearward-facing lights have been seamlessly integrated into the rear spoiler.

Up front, you’ll find three small orange light modules and one large green module located on each side of the AMG logo, level with the sun visors, while the main upper blade of the rear spoiler boasts 13 orange lights. There are two small video cameras integrated into the spoiler strut on the right-hand side and their images are shown inside the car. 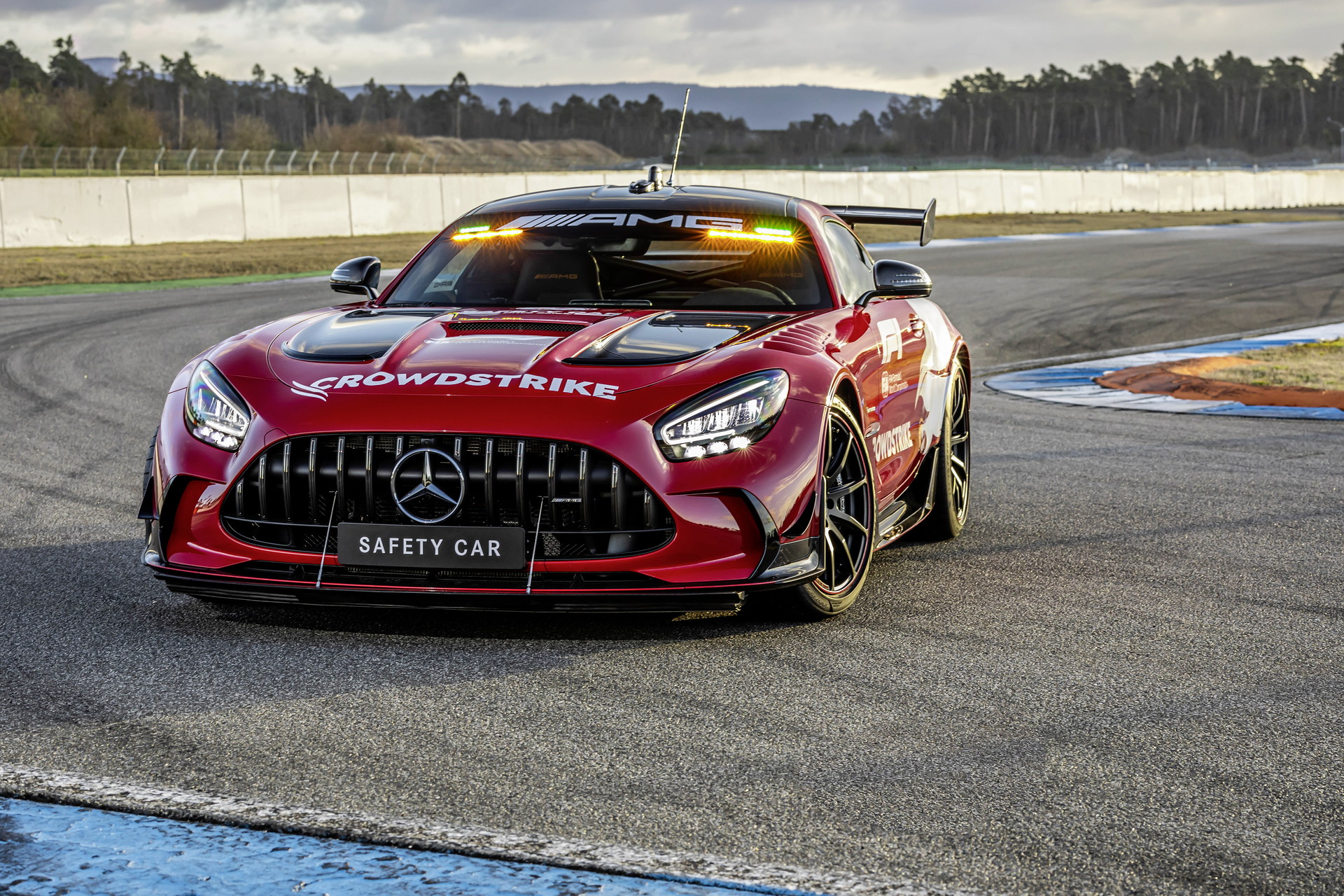 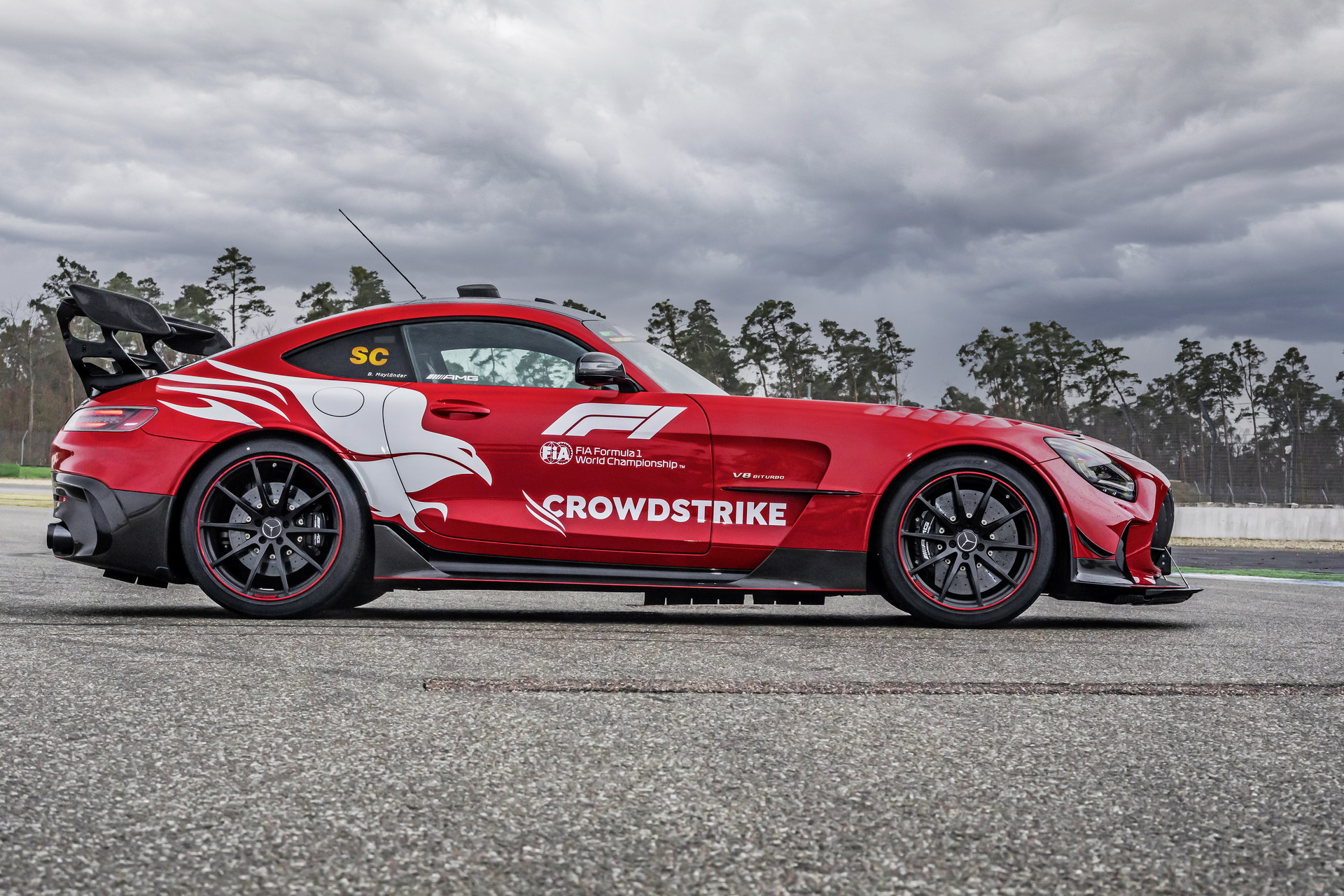 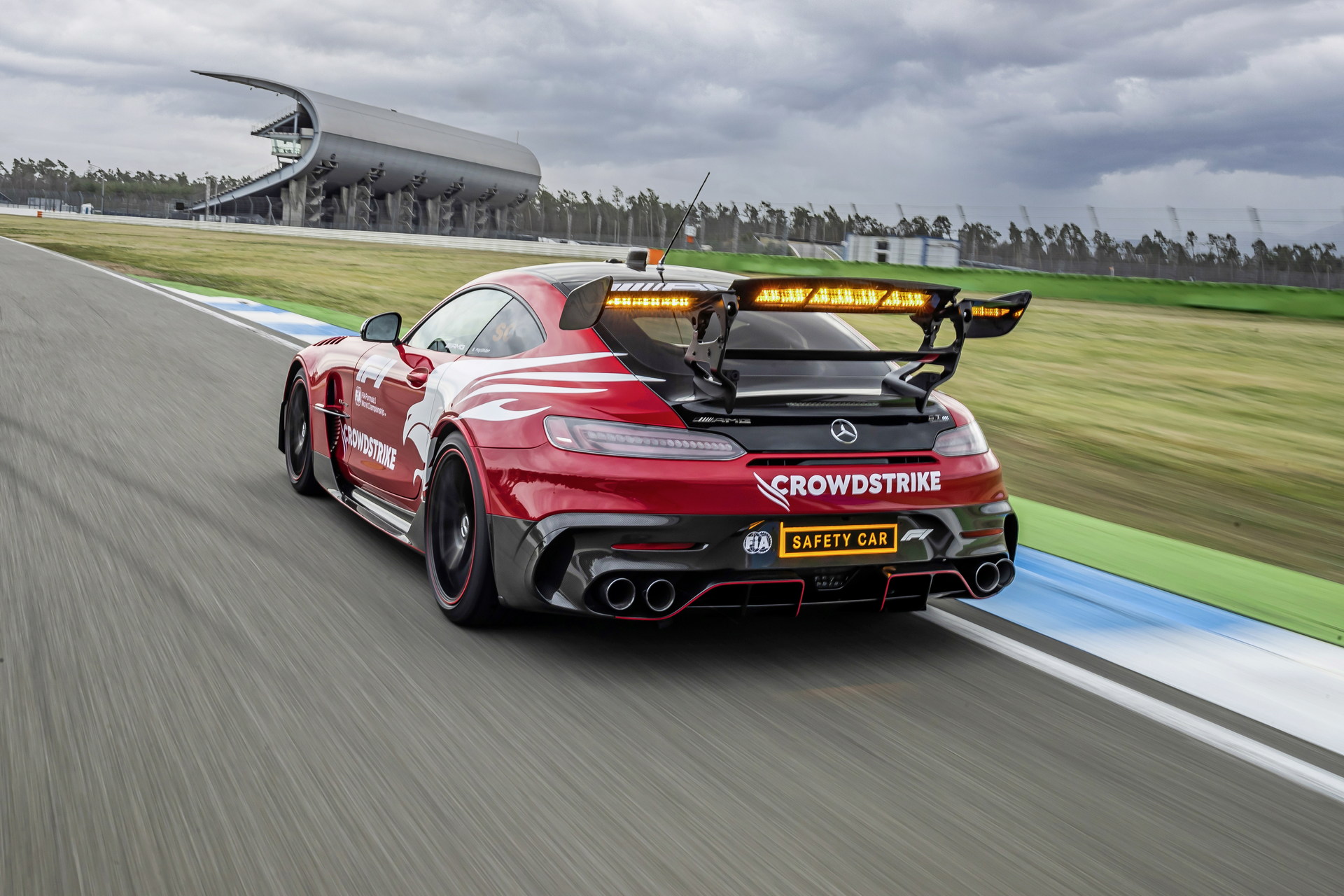 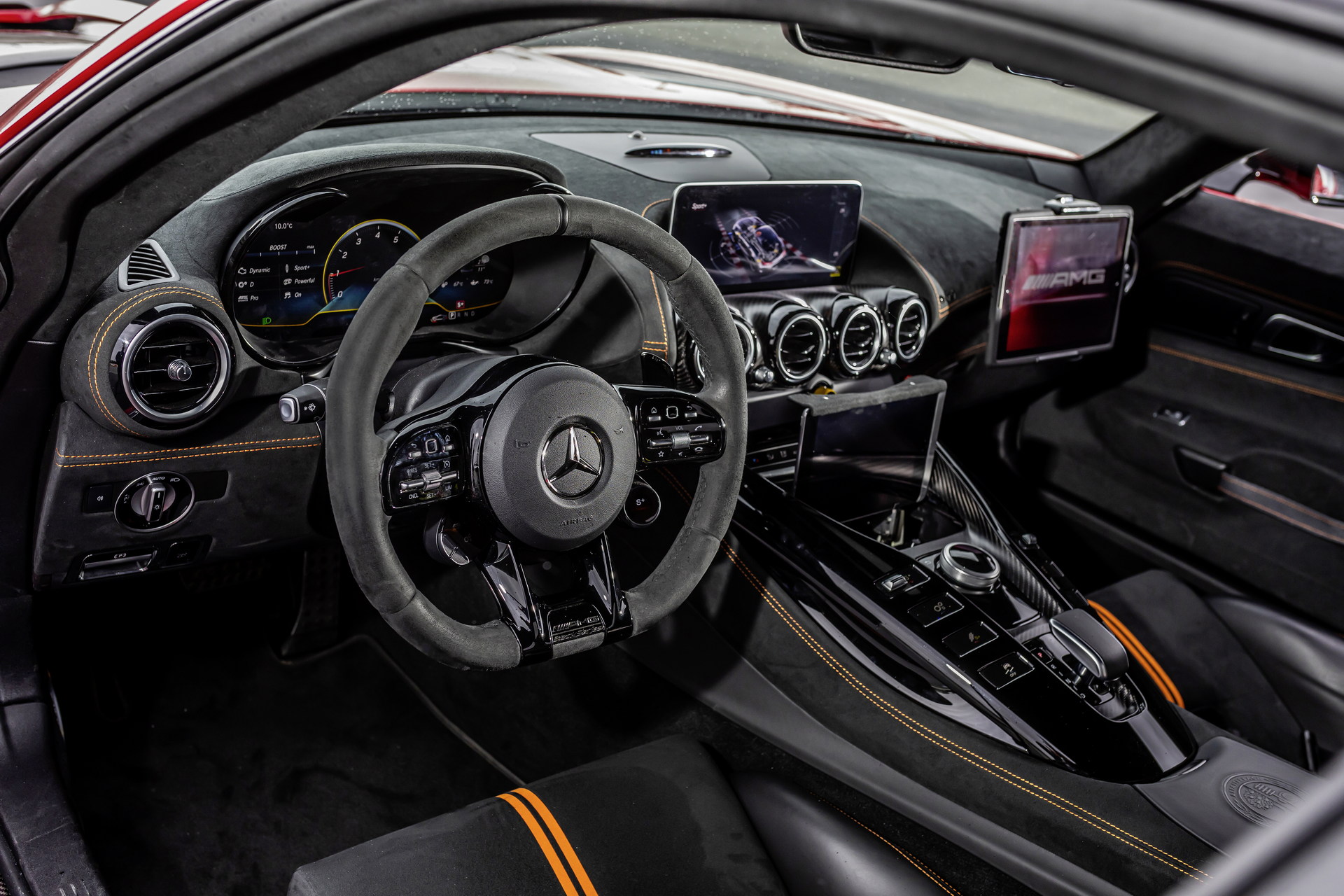 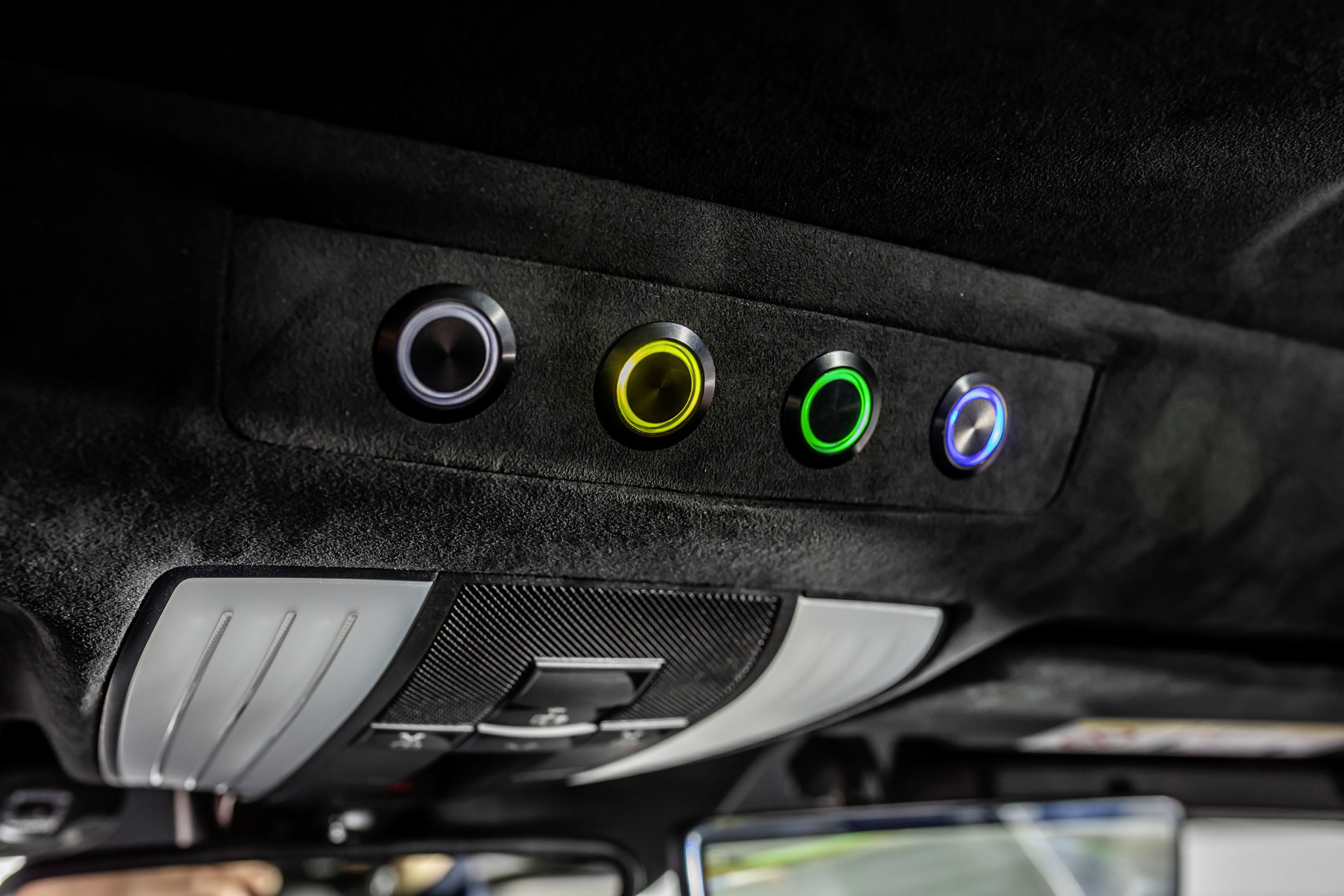 Recent years have seen Mercedes-AMG celebrate a huge number of amazing successes in the FIA Formula One World Championship. Eight constructors’ titles and seven drivers’ titles in the last eight years speak emphatically for themselves. Added to that is the extensive and widespread transfer of technology and image from this greatest of all motorsport stages and our series-production vehicles. Motorsport means so much to us, as does the best possible level of safety,” said Philipp Schiemer, CEO of Mercedes‑AMG GmbH.