Photo credit: Evan Blass
Motorola is set to release the Edge Plus, One Mid, and Moto G8 Power Lite in the very near future. New images have surfaced of the Edge Plus, which is claimed to be their new flagship. Boasting a curved 6.67-inch AMOLED FHD+ (2340 x 1080 pixels) hole-punch display, Snapdragon 865 processor, up to 12GB of RAM, a triple rear camera setup consisting of a 108-megapixel sensor / 16-megapixel wide angle / 8-megapixel telephoto, and a 5,000mAh battery. 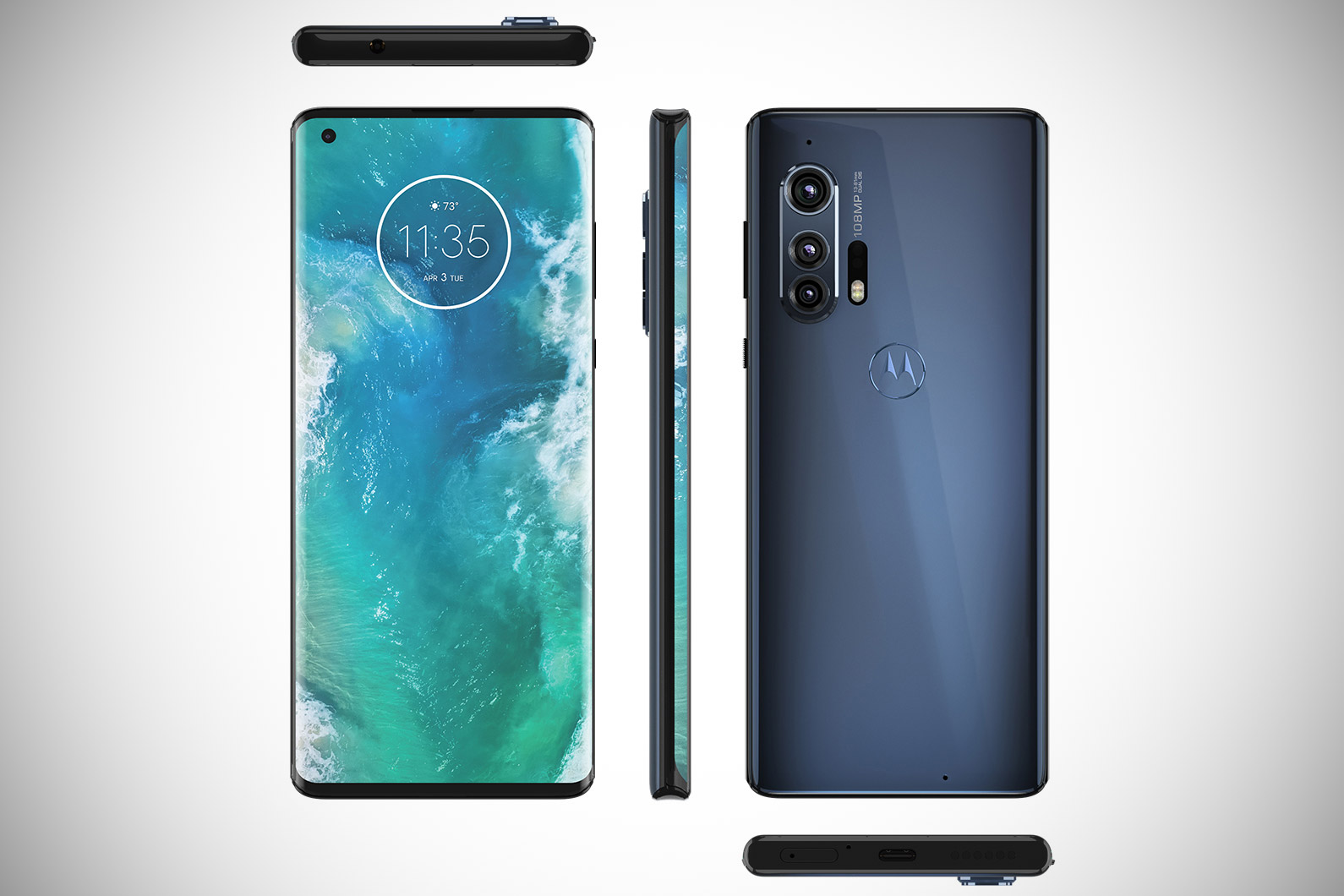 Other rumored features include a 25-megapixel selfie camera, along with Android 10 running several new apps. There’s no word yet on an official announcement date, though April 3rd has been floating around. All of these handsets were initially going to be revealed at the canceled Mobile World Congress 2020. Once we hear more about the price or release, we’ll keep you posted.