Fallout Shelter has now officially been added to Tesla Arcade, and similar to the other titles, you use the vehicle’s center infotainment screen and steering wheel as controls. For those who don’t know, you can play this game on the Tesla Model S, 3, X or Y. Other additions in the version 2020.20 update include revamped Tesla Theater controls that let you use the use of steering-wheel buttons when playing, pausing and scrubbing between videos on the Netflix or YouTube apps.


In Fallout Shelter, you build and manage a Vault as the leader and coordinator. Players guide dwellers and need to maintain their happiness through meeting their needs, like food, power, and water. You rescue dwellers from the wasteland and assign them to different resource-generating buildings in the Vault. They can also level up over time, increase their health, and obtain new items as well as weapons to help with various tasks. 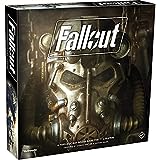