Elon Musk announced that the Tesla Cybertruck has been officially delayed until 2022, but for those who have pre-ordered and want to start picking up accessories, there’s the CyberLandr. This camper basically turns your vehicle into a miniature home of sorts on wheels.

Priced from $50,000 USD, this removable camper by Stream It weighs in at 1,200-pounds and can definitely withstand the elements. It can not only be used to store things, but packs a kitchenette, living room, sleeping area, temperature / voice control, as well as a functional bathroom. Since the aesthetic matches that of the Cybertruck, one could technically leave the camper on all-year without having to remove it. 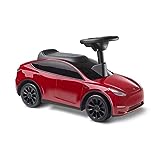 It was simultaneously more economical than a compact car, more powerful than a muscle car, quicker than a sports car, more responsive than a supercar, more capable off-road than another full-size pickup. Then it occurred to me that if we could fit an RV into the Cybertruck’s bed (or “vault”) it would have zero additional aerodynamic drag and very little reduction in range,” said Lance King, Stream It CEO to HypeBeast.