Ferrari’s SF90 Stradale looks great in any color, as this open-top, mid-engine PHEV (Plug-in Hybrid Electric Vehicle) supercar was released to celebrate the 90th anniversary of the Scuderia Ferrari racing team. One auto enthusiast decided that it wasn’t quite stealthy enough. So, they covered it in Vantablack, one of the world’s darkest substances.

This substance isn’t paint, but rather a material composed of a forest of vertical tubes “grown” on a substrate using a modified chemical vapor deposition process. When light strikes this material, it becomes trapped and is continually deflected amongst the tubes rather than just bounce off. This means it eventually is absorbed and dissipated into heat. Technically speaking, it absorbs up to 99.965% of visible light and boasts great thermal stability, making it viable for commercial applications. 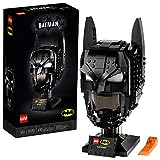