Photo credit: Kentucky TOC
A white-colored Tesla Semi prototype was spotted by a fan on the way to the National Drive Electric Week in Louisville, Kentucky a few days ago. Unfortunately, there were plastic sheets blocking the interior, so there are no teaser shots of what we can expect in the production model. 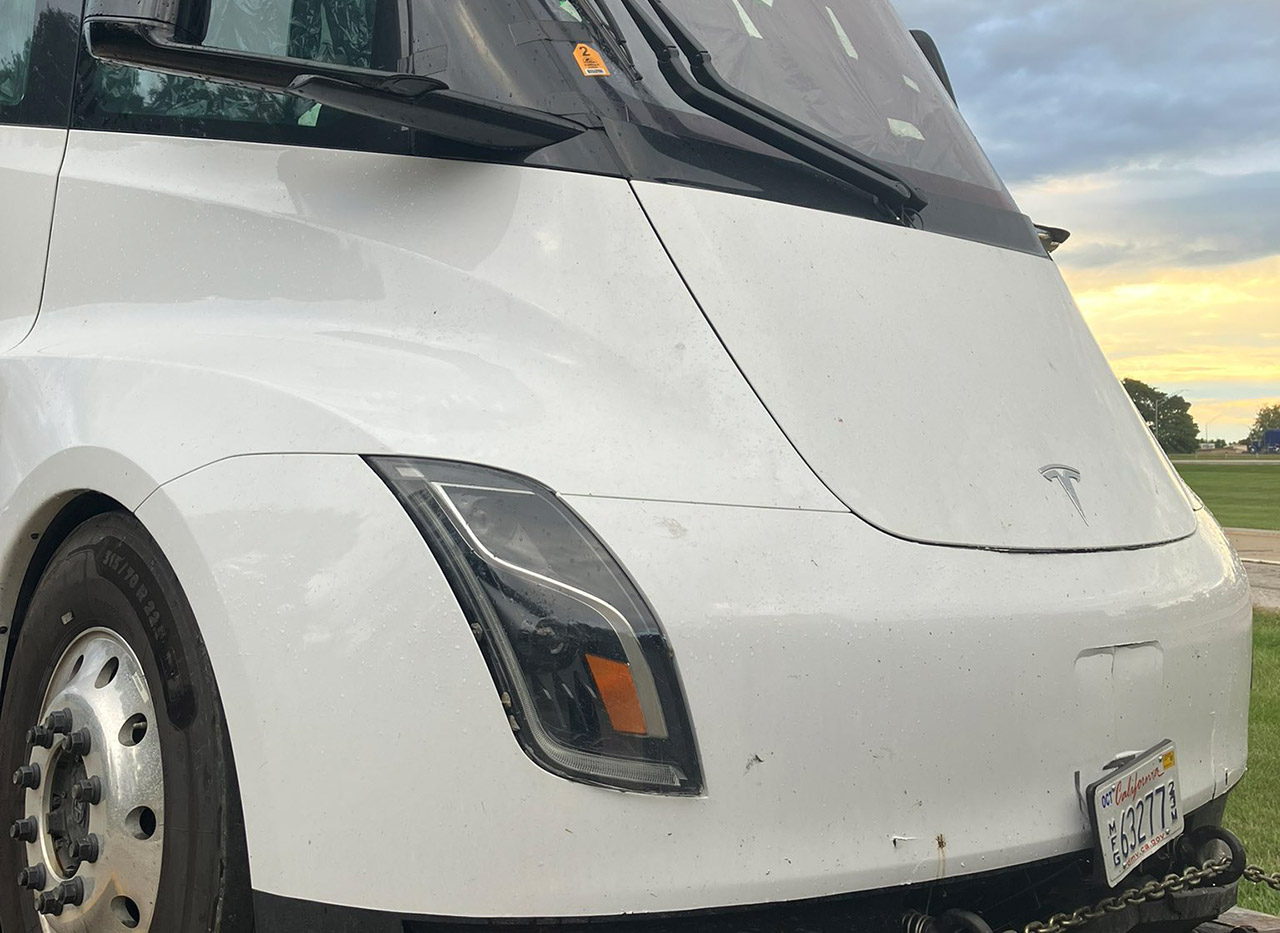 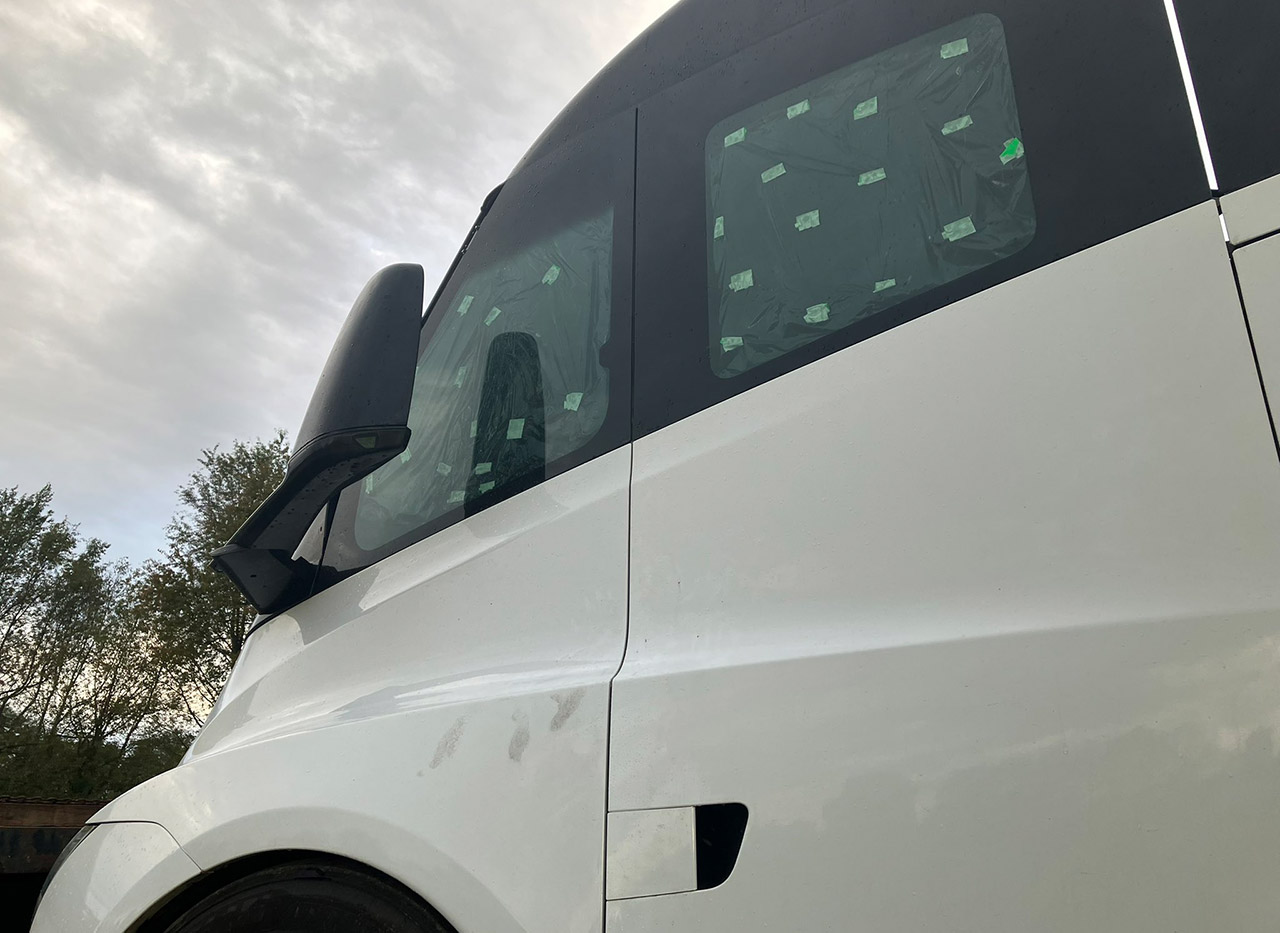 For those who don’t know, the all-electric Tesla Semi is a Class 8 semi-truck that should see its first deliveries by the end of this year. It will allegedly have a 500-mile range on a single charge and with the new improved batteries, the Tesla Semi would be able to run for 400-miles after a 30-minute charge, which brings the battery up to 80% charge, using a solar-powered “Tesla Megacharger” charging station. So far, many notable companies have ordered vehicles, including FedEx, PepsiCo, UPS, Walmart, and DHL. 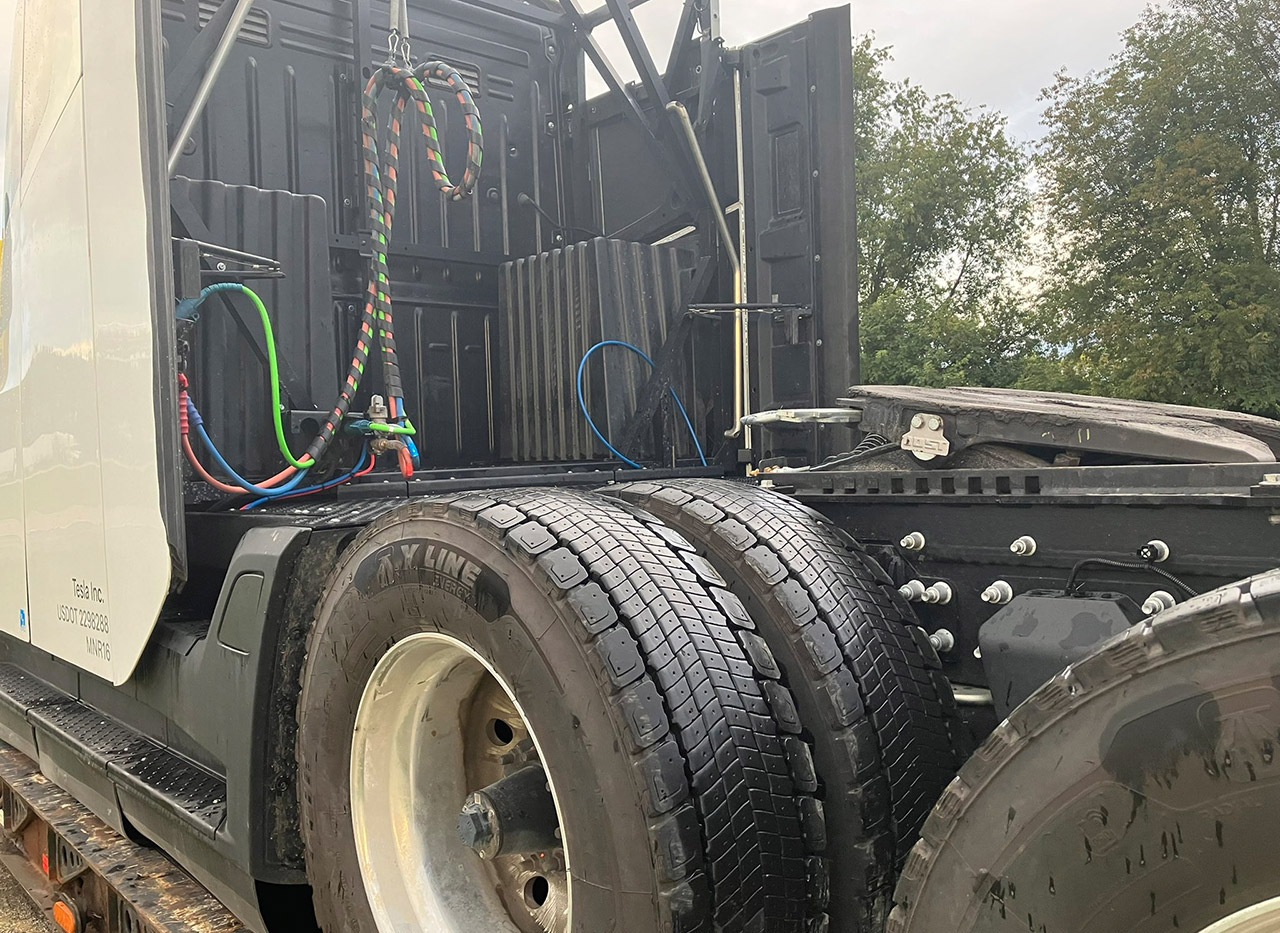 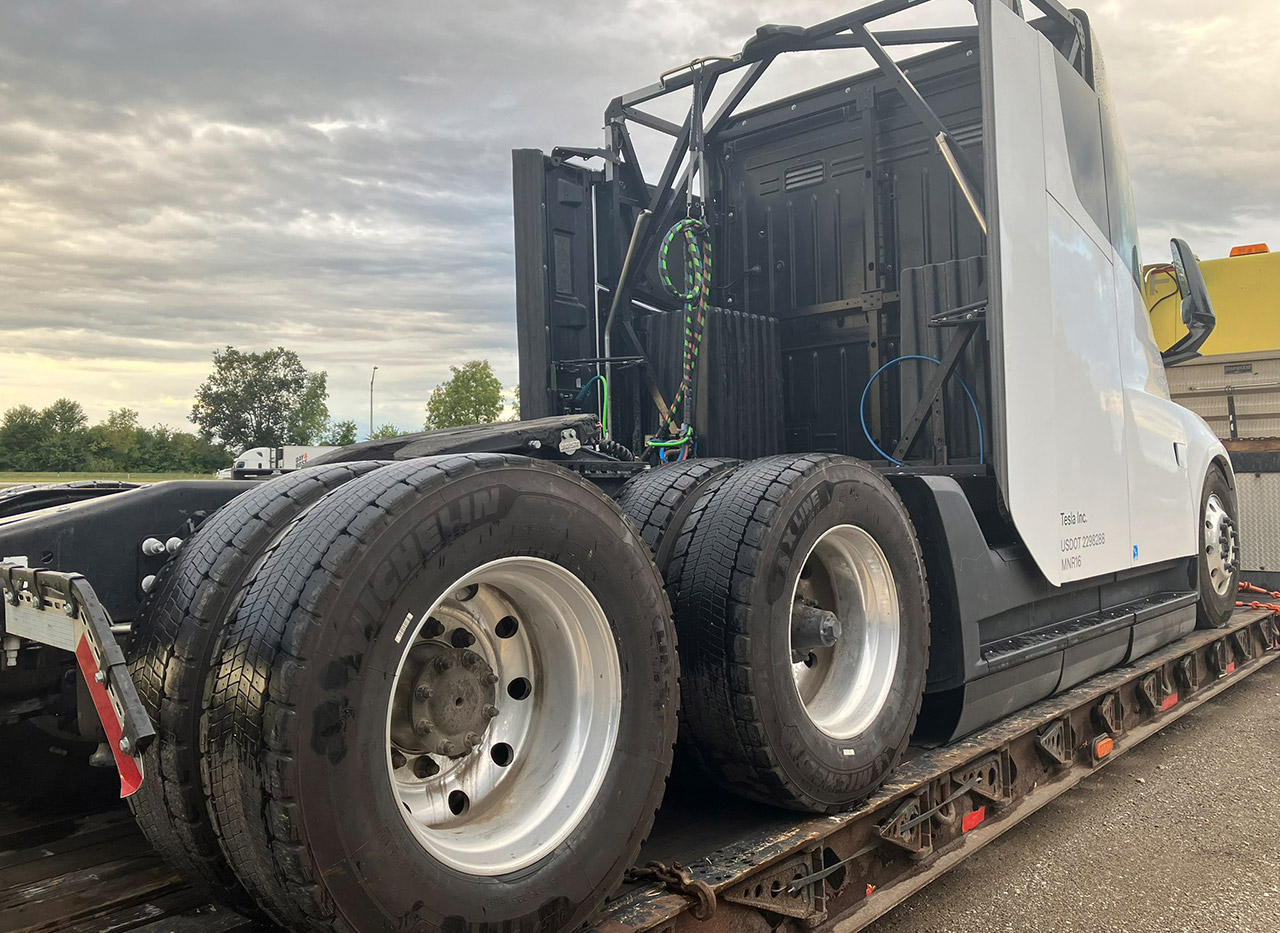