Wisk Aero debuts the world’s first autonomous, four-seat electric vertical takeoff and landing (eVTOL) air taxi. This Generation 6 aircraft may be certified by the FAA in the near future, thanks to cutting edge autonomous technology / software, human oversight of every flight, as well as a minimalist design to deliver one of the safest passenger transport systems in commercial aviation.

On a full charge, it can fly for 90-miles at an altitude between 2,500 – 4,000 ft while cruising at 120 knots. It features a 12 propeller design and boom configuration, complete with improved propulsion systems. How so? There are tilting propulsion units in front of the wing, while fixed lift units aft of the wing are optimized for range, improved aircraft control and performance. 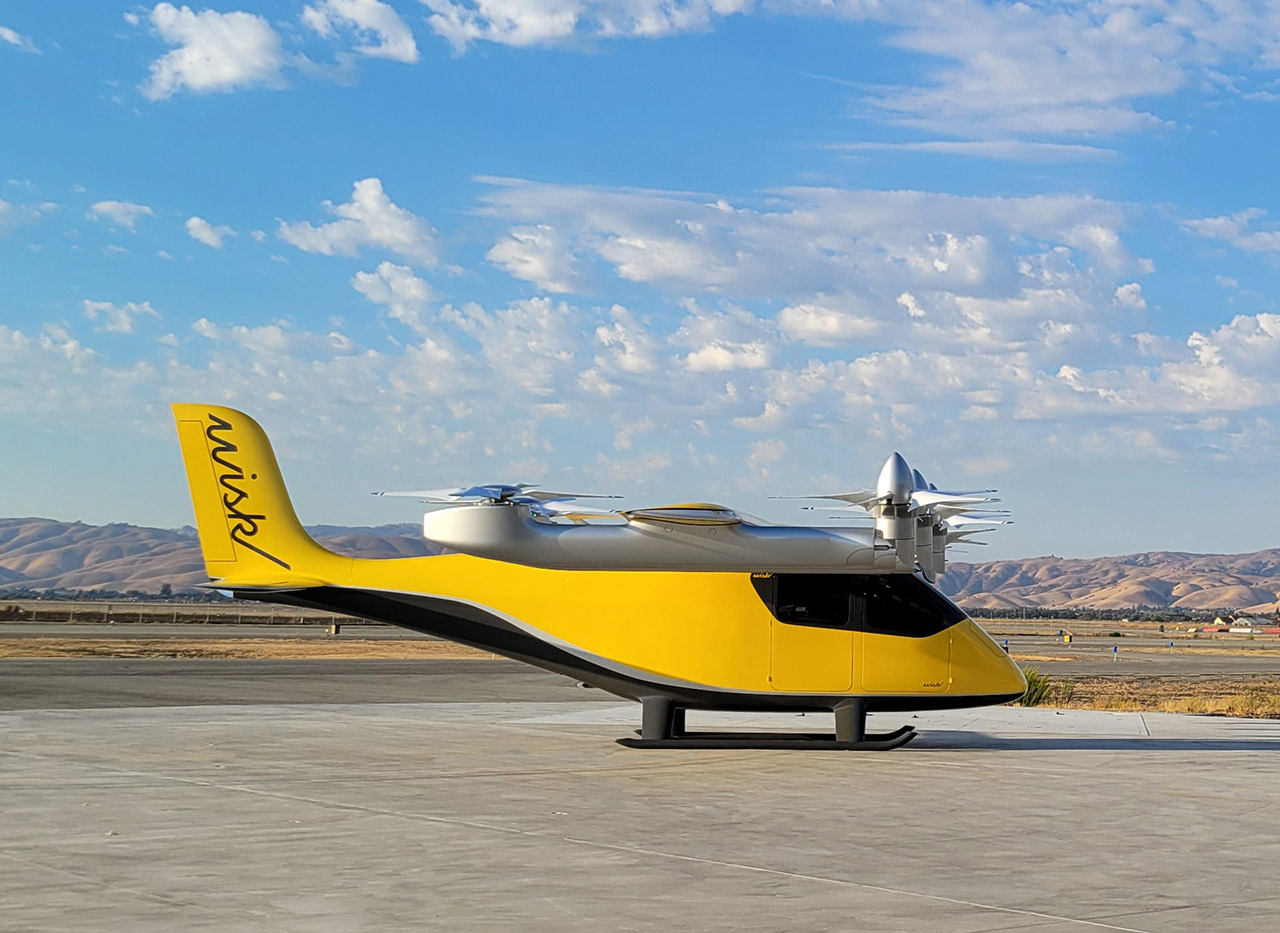 In 2010, we set out to find a way to skip traffic and get to our destination faster. That inspiration evolved into a mission to deliver safe, everyday flight for everyone. Over the past 12 years, we’ve pursued that mission through the development of five different generations of full-scale aircraft. Our 6th Generation aircraft is the culmination of years of hard work from our industry-leading team, learning from our previous generations of aircraft, commitment from our investors, and the evolution and advancement of technology,” said Gary Gysin, CEO of Wisk.